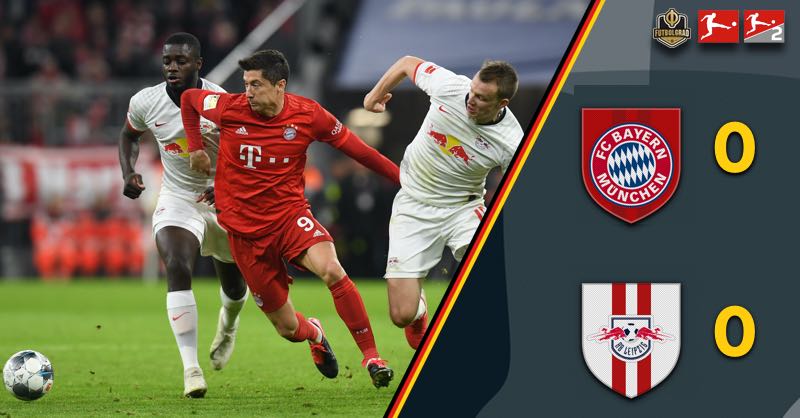 Bayern Munich were the more dominant team from the start and had early chances with Alphonso Davies‘ side, in particular, being more active. It took until the 14th minute for Leipzig to get out of their own end and produce a chance, Marcel Sabitzer’s goal attempt was wide over the bar. Then in the 23rd minute, Timo Werner added Leipzig’s second shot of the game. Despite the two attempts, Bayern always seemed the more likely to score first, but even though the Rekordmeister created several dangerous situations, it took them until the 40th minute to have a first clear cut goal attempt. Robert Lewandowski, however, missed the goal from an impossible ankle from just a few yards out. Instead, the first half ended in a bore 1-1 draw.

The second half was just seconds old when Leipzig should have made it 1-0. But Sabitzer missed the open net from just 12-yards out. Then one minute late, Werner was through, but his shot on the empty goal was blocked at the last moment. In the 62nd, Werner should have scored again when Christopher Nkunku delivered a pinpoint cross to him in the box. But Werner, wide open, missed the net again. And Bayern? The Rekordmeister had a penalty called back for offside around the 55th-minute mark. Then in the 80th minute, Leon Goretzka appeared wide open in front of Peter Gulacsi, the Hungarian keeper, however, managed to keep the ball out. As a result, the Spitzenspiel ended in a bore 0-0 draw. 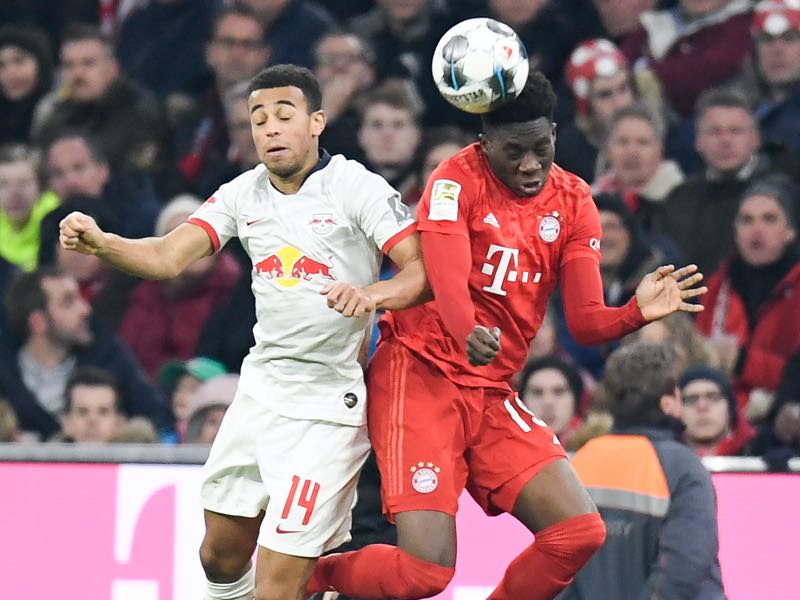 Another strong showing by David Alaba. The newly minted center-back is one of the main reasons for Davies’ success at Bayern. The left-back turned center-back allows the Canadian to push far up the field and makes up for many of the positional mistakes that Davies still has in his game. Furthermore, Alaba had 110 touches and completed more than 90% of his passes.

Davies was fantastic in the first half against Tyler Adams. With RB Leipzig providing plenty of space on the right, Davies pushed all the way up and had a field day with Adams. Fortunately, for Leipzig, Davies crosses from the left were poorly handled in the center. Also interesting, Serge Gnabry played more in the center allowing Davies to play more like a winger rather than a left-back.

Upamecano RB Leipzig in the game throughout the first 45 minutes. The French center-back had several key blocks in what were Bayern’s best goalscoring opportunities. In the second half Bayern pressured less, not that it would take away from Upamecano’s overall performance. The center back was excellent.

Deemed a Spitzenspiel (top game) in Germany, Bayern against Leipzig was a dull affair for most of the 90 minutes. Sure both teams had chances to score but Bayern lacked consequence in the final third and Julian Nagelsmann’s tactical plan was first disorganized and then to defensive.

What stood out perhaps was the wastefulness of the few chances that were created. Werner, in particular, had a nightmare of a game missing two key opportunities. But Bayern’s Goretzka too should have scored. The bottom line is a deserved 0-0 draw that will benefit everyone in the Bundesliga, excluding Bayern and RB Leipzig.