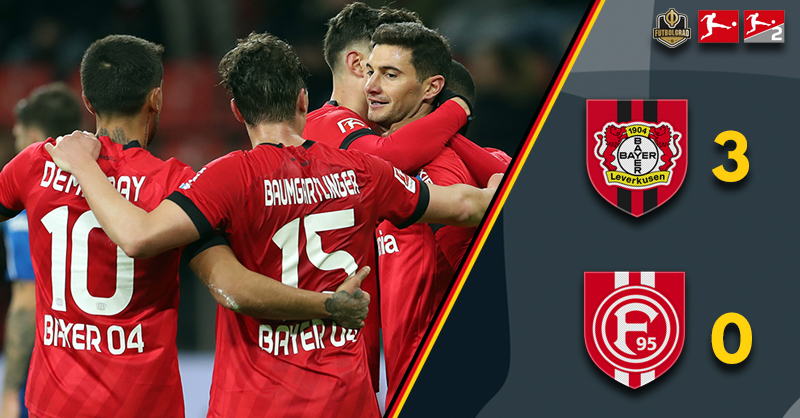 Kai Havertz celebrates his goal during the Bundesliga match between Bayer Leverkusen vs Fortuna Düsseldorf at BayArena on January 26, 2020. (Photo: Lars Baron/Bongarts/Getty Images)

He’s been given the label of a  €100m player and the 20-year-old is once again showing why. His header opened the scoring in the BayArena, capping a wonderful Leverkusen move that cut opponents Fortuna wide open.

Havertz’s desire is a joy to watch, whether he stays high, drops deep – remains static or bursts into life, the German international’s reading of the game is at the highest level. It’s no wonder he is attracting attention from some of Europe’s biggest clubs.

However, come the hour-mark in this fixture he cut a forlorn figure at times, disappointed that Bayer’s superiority hadn’t produced more goals, while at the back they continued to invite pressure on themselves.

But, despite this outward frustration, Havertz didn’t drop from his self imposed high-performance level. Playing centrally, or pulling wide he creates enormous problems for any opposition he faces. With two goals in his last two games, the attacking midfielder is making waves once again in the Bundesliga

The French U21 winger is enjoying life at Leverkusen since his move from Paris St-Germain in the summer of 2019. It was Diaby’s clever movement and thinking that ultimately allowed Havertz to break the deadlock.

Given a free licence to operate, he can do so on either flank. Peter Bosz knows what he’ll get from the 20-year-old. Matthias Zimmermann had to be in top gear top stop Diaby from breaking clean though, with 17 minutes gone. The speed of the Leverkusen player is his most crucial asset and one he can use to maximum effect.

Bayer Leverkusen vs Fortuna Düsseldorf: What next for Fortuna? 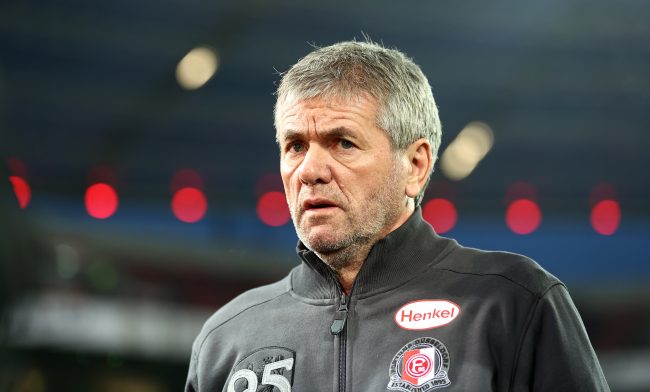 Although they were under pressure for most of the fixture, Friedhelm Funkel’s men did create a number of good opportunities, they were just unable to make any of them count.

Out of the 12 shots taken on 83 minutes, only three had been on target, with just the one giving Lukas Hradecky any sort of real problem. It is then, surprising that the Fortuna coach is less than willing to give Dawid Kownacki more than the 25 minutes afforded to the Polish forward.

Dawid Kownacki cost €7 million from Sampdoria in July and has only started 11 of the 17 games he’s been available for, not the consistency required for a player in a new league.

The Rheinländers did put up a good fight, and perhaps the 3-0 end scoreline didn’t reflect their overall play. However, allowing Leverkusen 26 shots on goal, 11 on target – the afternoon could have been a lot worse.

As it is, Fortuna are rock bottom and look almost certain to be in 2.Bundesliga next season.