Ahead of the game, Markus Schubert was identified as one of two players to watch. The goalkeeper was in the spotlight as he replaced Alexander Nübel, the new Bayern keeper banned for this match for a red card received before the winter break. Schubert was in the spotlight early, his mistake in the seventh minute allowed Robert Lewandowski to score his 21st goal of the season. Just moments later Rabbi Matondo hit the crossbar for Schalke. Bayern, however, were the better side and had goals by Thomas Müller and Lewandowski ruled offside by VAR. Then just before halftime, Müller capped off a fantastic attack with a tap-in goal.

The second half was only three minutes old when Leon Goretzka added a third for Bayern. The midfielder saw a header block by Daniel Caligiuri, he then took the rebound with a half-volley to beat Schubert. Bayern were not done, in the 58th minute, Lewandowski rushed into the box and picked out Thiago, who tapped home the ball. After the fourth Bayern had more chances but were almost a little lenient with their opponent, leaving out chances to further run up the scoreline. Until the 89th minute, when Serge Gnabry beat Schubert with a soft shot from the edge of the box. 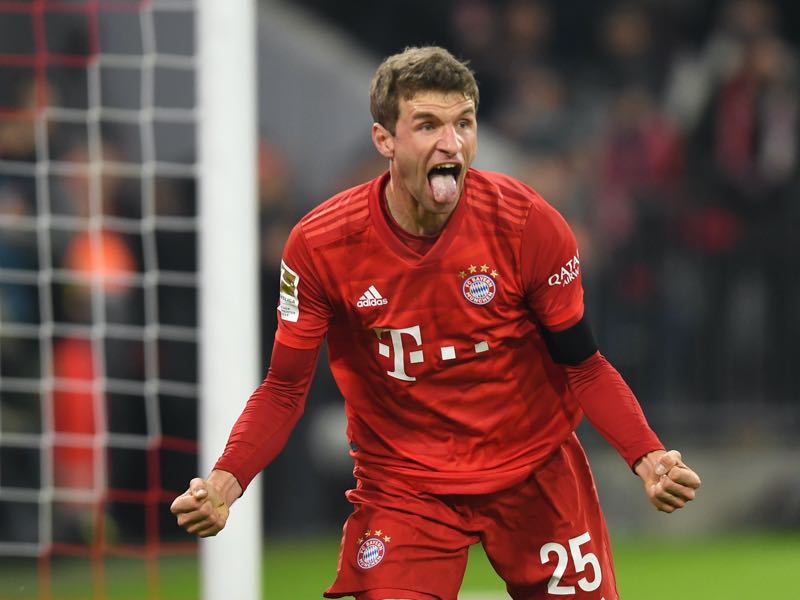 Thomas Müller should have had two goals before the end of the first half. The attacking midfielder had his first goal waved offside, however. Nonetheless, Müller’s emergence under Hansi Flick continues. Playing on the right flank next to Lewandowski, Müller is almost like the player that took the world by storm as a young player.

Robert Lewandowski has become the first player since Gerd Müller to score 21 goals in the first 19 games of a Bundesliga season. The Polish national team striker is in the form of his life and it would not be beyond him to score close to the 40 Bundesliga goals that Müller scored in 1971/72.

Was hot and cold. The first goal was on him as was Gnabry’s goal with moments to go. the Alexander Nübel replacement. He also struggled with high crosses throughout the game. At the same time, he made several key stops. Schubert certainly is talented but not quite at the level to replace Nübel. Overall, a day to forget for Schubert.

Another Bayern Munich masterclass under head coach Flick. With Leipzig losing earlier today, Bayern now have closed the gap to the top to just one point. More importantly, players are now returning to form, just in time for the upcoming key months.

Just in time for Bayern too. With Dortmund emerging thanks to the goals by Erling Haaland, Bayern need to keep a cushion to the Black and Yellows and also keep chasing the Red Bulls. Not an easy task, but Bayern seem up to it at the moment.