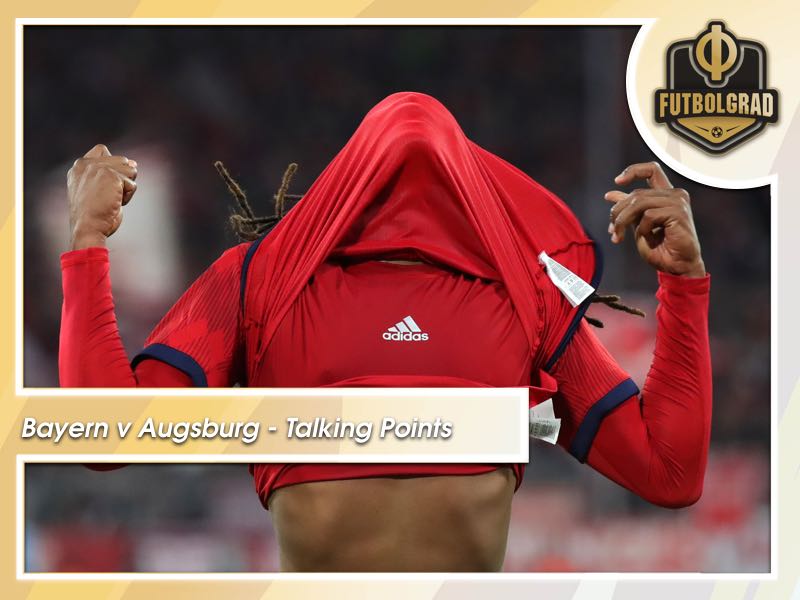 MUNICH—Bayern München have dropped points in the Bundesliga. Der Rekordmeister were in control against Augsburg, but a late Felix Götze equaliser for die Fuggerstädter meant Bayern v Augsburg ended 1-1.

Here are our three thoughts from Bayern v Augsburg:

Leon Goretzka is still looking for his right position at Bayern

“I substituted Leon because of an injury. I think he did a good job. We only have two wing-backs, which we will have to use efficiently.

We have to protect them,” Kovac said. “We have six injuries at the moment, so we have to be efficient with our players,” Kovac summarised.

The wing-back positions, in particular, are a weakness for Bayern at the moment. Hence, it somewhat makes sense that Kovac experimented with Goretzka as a left-back.

At the same time, Goretzka positioned on the left of a four-man defence highlights that Kovac has still not found the ideal position for the former Schalke midfielder.

Bayern v Augsburg – Der Rekordmeister is a victim of complacency

“Augsburg made it difficult for us to play out of the back,” Niko Kovac summarised the game. “We weren’t efficient in front of the goal once again, and Sandro Wagner had six chances and couldn’t capitalise,” Kovac added.

“We didn’t play the way we wanted”, Kovac finished off.

What was determined a strong start by Bayern in which der Rekordmeister dominated the league has now turned into a form of criticism. All of sudden efficient game management has become complacency. 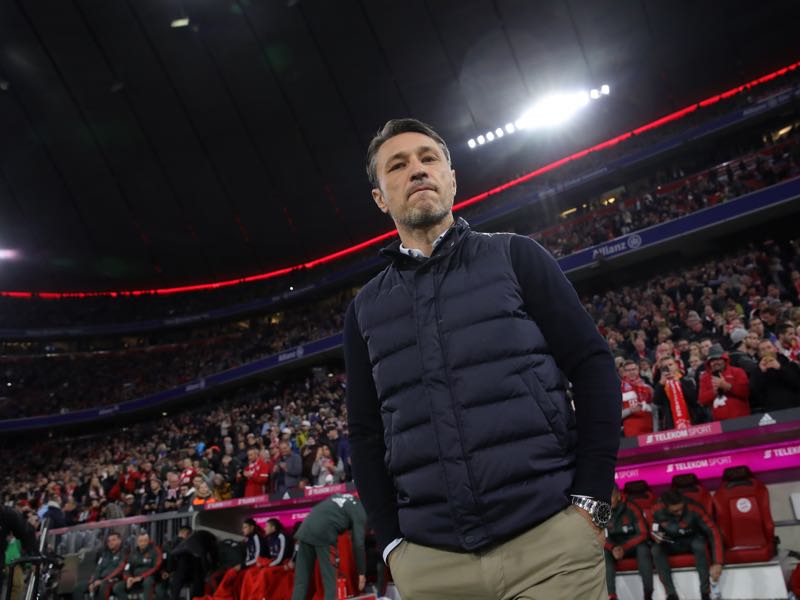 “Bayern have conceded at least one goal in each of their last six Bundesliga home games, the first such run since the 2008-09 season under manager Jürgen Klinsmann,” Opta wrote on Twitter after the match.

In truth, Bayern should have won this game by several goals, which highlights that Kovac’s men need to better when it comes to capitalising chances.

“We were handed an excellent player in the form of Felix Götze,” Manuel Baum summarised. Götze played in Bayern’s academy and had an excellent game after coming on.

“It is amazing what sort of stories football writes,” Baum answered when asked about Götze’s goal. Götze, the little brother of Mario Götze, lifted up both hands in apology right after the goal.

“He is beaming at the moment,” Baum told the media after the game. Indeed, despite his apologetic goal celebration, it was clear that Götze was on cloud number nine after the game.

Götze is a fantastic talent, who will be given prime numbers in Augsburg. The defender now has to underline his good performance against Bayern with regular strong showings in the upcoming matches.