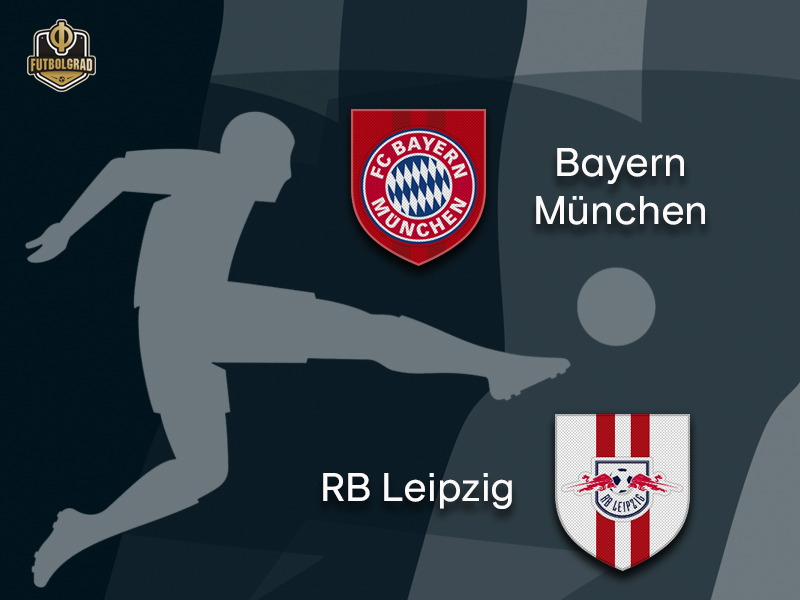 Niko Kovac had seen a “fantastic game” against Hannover, and Thomas Müller added, “a super game in which we always had the foot on the gas pedal.” Bayern were indeed brilliant against a Hannover side that in current form will have a tough time surviving in the Bundesliga.

The German champions dominated the match in every aspect. Bayern had 72% possession and 33 shots on goal of which 14 hit the target and 24 were inside the box. The Bavarians also completed 695 of their 761 passes (91% pass completion) and 17 of their 22 dribble attempts.

Furthermore, several Bayern players stood out. Both Serge Gnabry and Kingsley Coman were excellent on either flank and in the centre of the park Thiago’s return to the starting XI was crucial in what was in many aspects an school Bayern display. Not so old school was the XI that Kovac fielded, however.

With an average age of 26.67, this was the youngest Bayern starting XI of the 2018/19 Bundesliga season. A sign that the generation change is well underway. A generation change that is necessary given the nine points that separate Bayern to the top of the table and with Dortmund facing Fortuna Düsseldorf Bayern not only need to ring in a generation change but also need to keep on winning to keep up the pressure on Dortmund.

Not an easy task given that on Wednesday Bayern will face the first real task since the high point of the Bayern crisis – the 3-3 draw against Fortuna Düsseldorf on November 24. Following that game, Kovac was on the ropes but has since rebounded with wins against Benfica (5-1), Werder (2-1), Nürnberg (3-0) a draw against Ajax (3-3) and the fantastic result against Hannover.

The Ajax game, however, was the sort of test Bayern now face in RB Leipzig. Despite a transition year under interims head coach and sporting director Ralf Rangnick die Roten Bullen have managed to collect 28 points from 15 games and are currently just two points behind Bayern.

On Sunday RB Leipzig dismantled Mainz 4-1. A win that was important after the disappointing 1-1 draw against Rosenborg Trondheim that saw Leipzig crash out of the Europa League. “The team had to show a reaction, and it showed a reaction,” CEO Oliver Mintzlaff explained after the match. “The team presented itself as a true unit,” Rangnick added.

In fact, the Europa League results have somewhat damaged the climate within the team with some key players complaining that Rangnick had rotated away success during the group stage. Hence, the win against Mainz was important to hush out any further criticism. Leipzig now wants to make the next step against Bayern to forget the midweek experience.

“We will travel there with plenty of confidence and will play like a true unit,” captain Willi Orban said to the media. “Despite the many games we still got something left in the tank,” Yussuf Poulsen added. With his strongest XI, Leipzig’s head coach Ralf Rangnick could seriously expose some of the weaknesses in this Bayern side in what will be a true test for Niko Kovac’s men.

Bayern vs Leipzig  – Players to look out for:

Thiago was immense against Hannover. “Thiago had a fantastic game,” Bayern sporting director Hasan Salihamidžić said after the game. The Spaniard played 137 accurate passes won 14 of his 19 duels and all eight of his dribble attempts. It was a magnificent display by the midfielder, who has both the presence to stabilise a midfield but also the power to instigate attacking moves. With Thiago back in the lineup Bayern will be a much more difficult proposition for opponents.

Timo Werner scored twice against Mainz and with ten goals is now second in Bundesliga goalscoring together with Luka Jović (Eintracht Frankfurt), Marco Reus (Borussia Dortmund) and Robert Lewandowski (Bayern). Most importantly the two goals against Mainz followed critical comments against his head coach Ralf Rangnick. “We can’t expect to qualify for the next round with a rotated side,” Werner said after the Europa League exit against Trondheim. Internally, that matter may have drawn some harsh words from his current head coach, but Werner showed leadership by becoming the match winner against Mainz regardless. It was already the 12th time in his career that Werner had scored two or more in one Bundesliga game and only Dieter and Gerd Müller managed to get to that goalscoring record faster in Bundesliga history.