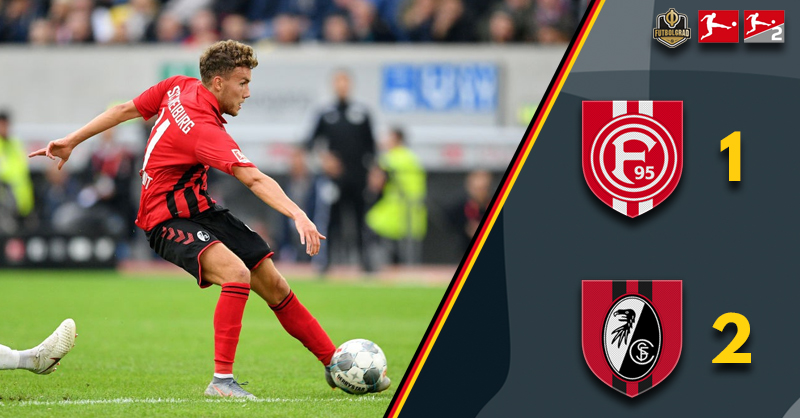 It was a very leveled start to the game in which both sides struggled to create chances. Finally, in thee 29th minute, Düsseldorf created the first chance of the game but after breaking through Dawid Kownacki failed to connect with the ball. Fortuna now had more of the game, and in the 38th minute, Erik Thommy tested Alexander Schwolow with a shot from 20 metres. More confident Fortuna almost created a powerplay situation at this stage by keeping the ball in the attacking-third.

Then in the 42nd minute, Rouwen Hennings scored with a header after a corner-kick. Freiburg, however, were only shocked for a moment and in the 45th minute, Jonathan Schmid scored a tap-in equaliser after Zack Steffen misjudged a low cross by Christian Günter.

The second half started with the same tempo the first ended. Fortuna’s Kownacki broke through on the left, but Thommy failed to convert his excellent cross. What followed was confusion. In the 62nd minute Hennings had brought down Nicolas Höfler inside the box, the referee team missed the situation, but after studying the pictures, Christian Siebert pointed to the dot. Lucas Höler stepped up, but Steffen saved the spot-kick.

Lucky to be still level Fortuna now took control of the game and Kenan Karaman almost scored the go-ahead goal in the 72nd minute when he was first denied by Schwolow and then missed the target off the rebound. Instead, Freiburg would take the lead. Brought on just moments earlier this summer’s UEFA U-21 European Championship sensation Luca Waldschmidt won the ball on the right cut in and scored with a beautiful curled ball. That goal sealed the three points for Freiburg, who on balance deserved the three points. 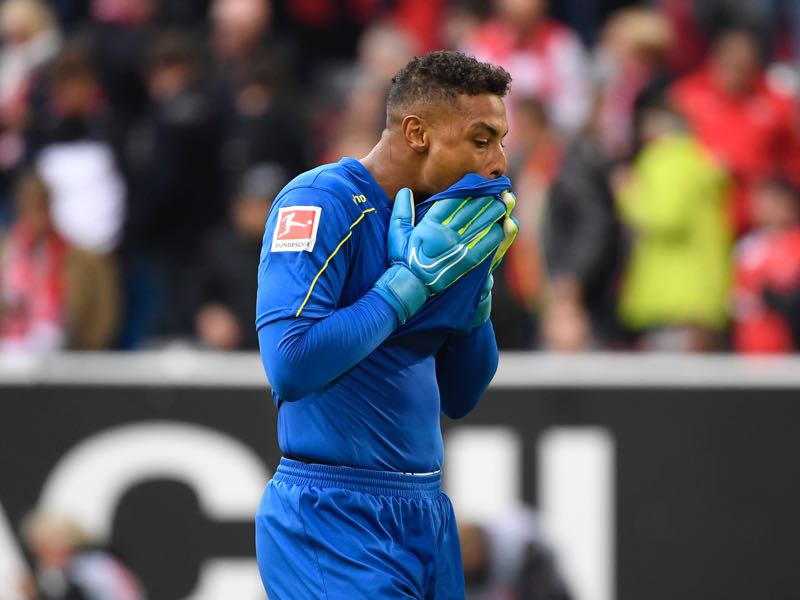 The Polish striker was the best player on the pitch until taken off in the 80th minute. Capable of playing various positions Kownacki started the game on the left-wing in head coach Friedhelm Funkel’s 4-2-2-2 formation and created a various dangerous situation with his attacking runs. Perhaps too far off the centre Kownacki certainly has the potential to become a dangerous player in this league.

The young USMNT keeper had a quiet start to the game. As a result, his positioning was somewhat off ahead of Freiburg’s equaliser in the 45th minute. Then in the second half, Steffen had to be on guard at a couple of situations and did well to save Freiburg’s penalty in the 68th minute. He was without a chance when Waldschmidt scored the winner in the 81st minute.

Luca Waldschmidt was the hero for SC Freiburg. Brought on in the 73rd minute by Freiburg head coach Streich the striker highlighted why he is one of the fascinating prospects in German football at the moment. Cutting in from the right Waldschmidt unleashed an unstoppable shot with his left that curled home for the winner.

Freiburg remains the surprise team in the Bundesliga. With 13 points out of the first six games, Freiburg are now third in the standings behind league leaders Bayern Munich and second-placed RB Leipzig.

Fortuna, in the meantime, have just four points from the first six games and ahead of Köln and Hertha meeting in the evening game were in 13th place in the standings.