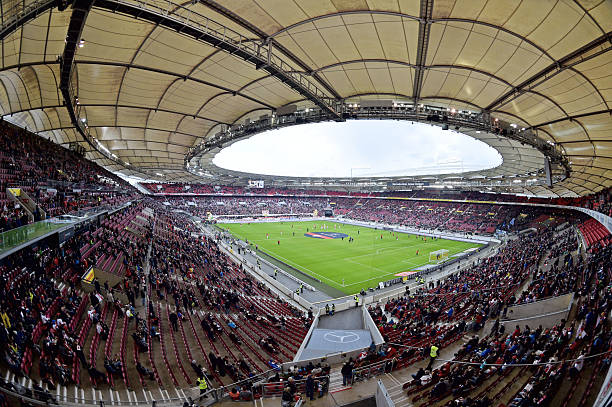 Germany vs Norway will take place at the Mercedes-Benz Arena in Stuttgart, Germany. (Photo by Thomas Starke/Bongarts/Getty Images)

Germany got the result they needed on Friday. But the truth is it was not a great display by die Mannschaft. Germany seemed sluggish at times with the players not overly committed to the formation that Bundestrainer Joachim Löw fielded. The World Cup winning coach once again rotated his squad heavily in an attempt to integrate the Confederations Cup winning players with some of the more established players.

In the end, the only thing that worked out was the final result. The side somewhat lacked chemistry. A strong start that ended with Timo Werner scoring early ended with Germany often lacking rhythm and commitment to see off a rather weak Czech Republic side. It was, therefore, no surprise that the Czechs would get back into the match when Vladimir Darida scored a stunning goal in the 78th minute. But as it is often the case Germany got the job done regardless with Mats Hummels scoring the game winner in the 88th minute.

Despite a poor performance Germany are now just four points away from qualifying for next summer’s World Cup. Germany will qualify on Monday should they beat Norway and Northern Ireland fail to pick up three points against the Czech Republic at the same time. Norway in the meantime are all but out of the race for the second spot in UEFA Group C despite beating Azerbaijan 2-0.

Even a win over Germany would only leave them with a theoretical chance to qualify for Russia next summer. Furthermore, Germany traditionally responds to a sluggish qualification game with a statement game. Joachim Löw will have his lessons learned from Germany’s somewhat disappointing performance against the Czechs and put together a starting eleven that will not fail to entertain in what will likely be an entirely packed Mercedes-Benz Arena in Stuttgart.

Germany vs Norway – Players to look out for:

The last few days have been difficult for Thomas Müller. The forward had been left out of Bayern München’s starting eleven against Werder Bremen. Replaced by Thiago, who still is not 100% match fit, Müller told the media after the game that perhaps his “skills weren’t required at Bayern at the moment.” Germany’s leading media outlets have still jumped on the side of Thomas Müller criticising Bayern head coach Carlo Ancelotti for not starting Müller, and Lothar Matthäus has gone on record saying that Müller needs a coach, who trusts him. Löw is certainly that kind of coach, and while Müller’s status at Bayern is threatening to become a political problem back home in Munich. Müller had a somewhat disappointing performance against the Czech Republic and will want to show what he got against Norway. In fact, Löw might even bank on Müller being disappointed and wanting to show his Bayern coach that he had been wrong overlooking him.

Thomas Müller is expected to have a resurgence this season.(Photo by Johannes Simon/Bongarts/Getty Images)

Harvard Nordtveit is back in Germany this season. The 27-year-old returned to the Bundesliga after a difficult season with West Ham United. Brought in by Hoffenheim to replace Niklas Süle in the back three Nordtveit is a flexible player, who can play in midfield and as a centre back. Nordtveit will most likely be used in the back four by Norway head coach Lars Lagerbäck. An elegant player, who seldom makes a mistake Nordtveit will be the key player in keeping Germany of the scoresheet as long as possible. 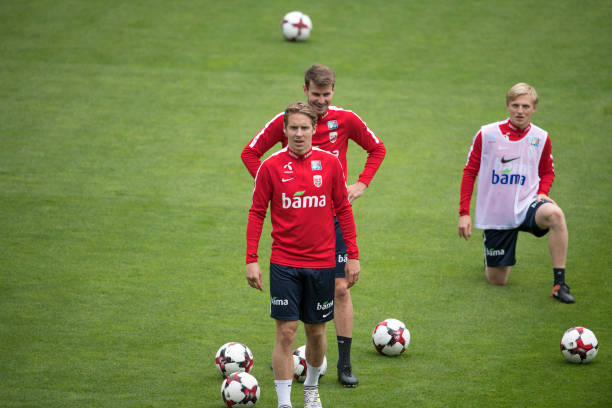