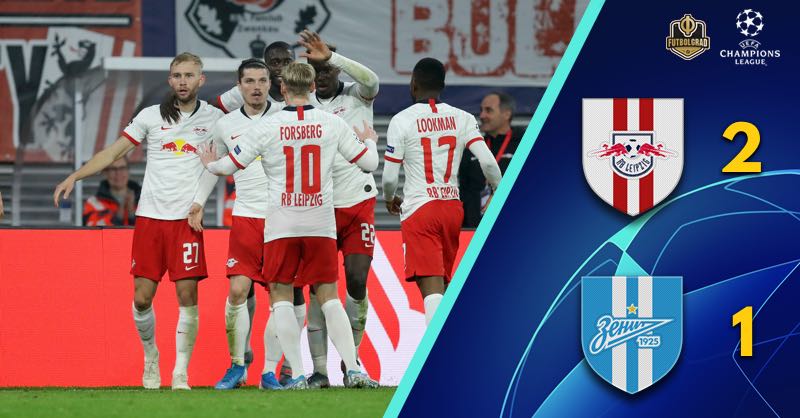 It was a fast and refreshing start to a game in which Kevin Kampl almost opened the scoring early on, his shot from outside the box, however, hit the crossbar. Instead, it was Zenit to open the scoring in the 24th minute. Leipzig’s Willi Orban cleared a ball inside the box, the ball fell to Yaroslav Rakitskiy, the Ukrainian hitting the ball perfectly to score an excellent half-volley from 25-yards out. It was a tough pill to swallow for Leipzig, who hoped to break down the Russians with their fast forwards. Instead, the goal meant that Zenit could now sit deep and absorb Leipzig’s pressure.

Leipzig’s efforts, however, were awarded four minutes into the second half. Ademola Lookman spotted Marcel Sabitzer on the right; the winger poked the ball through Konrad Laimer, who scored from a short distance. Leipzig were now in control, and in the 60th minute, Marcel Sabitzer scored with a half-volley from the corner of the box to give the Red Bulls the lead. Leipzig had further chances Matheus Cunha missing two opportunities in the 83rd and 84th minute. 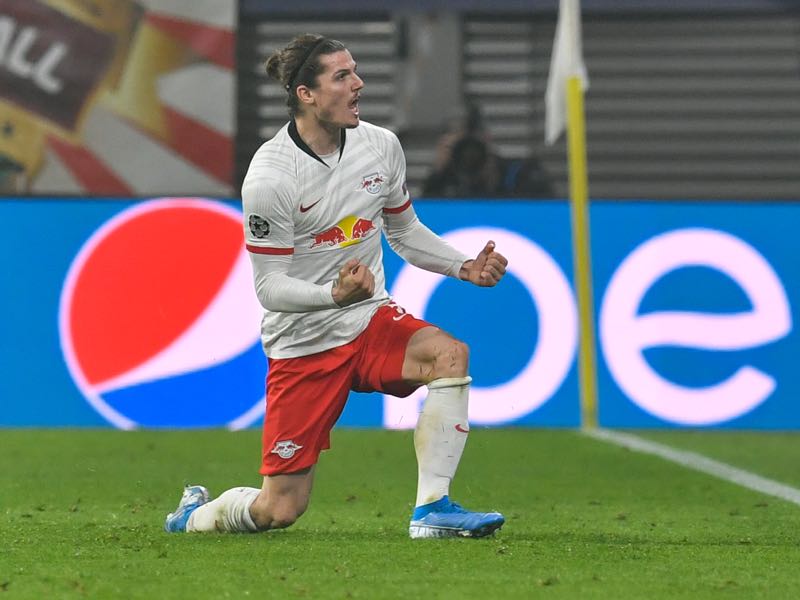 Marcel Sabitzer had an excellent game for Leipzig today. The attacking midfielder first assisted Laimer’s goal to make it 1-1 and then scored Leipzig’s second goal in what could easily turn out to be the goal of the matchday. Always present in midfield, the playmaker was everywhere, and his resurgence could be decisive in Leipzig’s turn of fortune down the road.

Laimer scored the equaliser for Leipzig. The central midfielder gave Leipzig’s game structure and remained calm on the ball even when Leipzig were chasing the lead early on.

The Ukrainian defender must have thought that he had scored the game of the matchday with his stunning goal in the first half. Rakitskiy was then instrumental in keeping Leipzig off the scoresheet in the first half. In the second half, he, like the rest of the side somewhat struggled with Leipzig’s speed.

Important three points for RB Leipzig after the Red Bulls had gone without a win in four games. Leipzig’s biggest problem in the stretch was not necessarily a lack of form but efficiency in front of goal.

Efficiency that was lacking in the first half once again. Timo Werner, in particular, struggled in the first 45 minutes leading Julian Nagelsmann to take the striker off. His replacement Matheus Cunha did not do much better, but thankfully for Leipzig, he did not have to because both Laimer and Sabitzer scored stunning goals to secure the win.