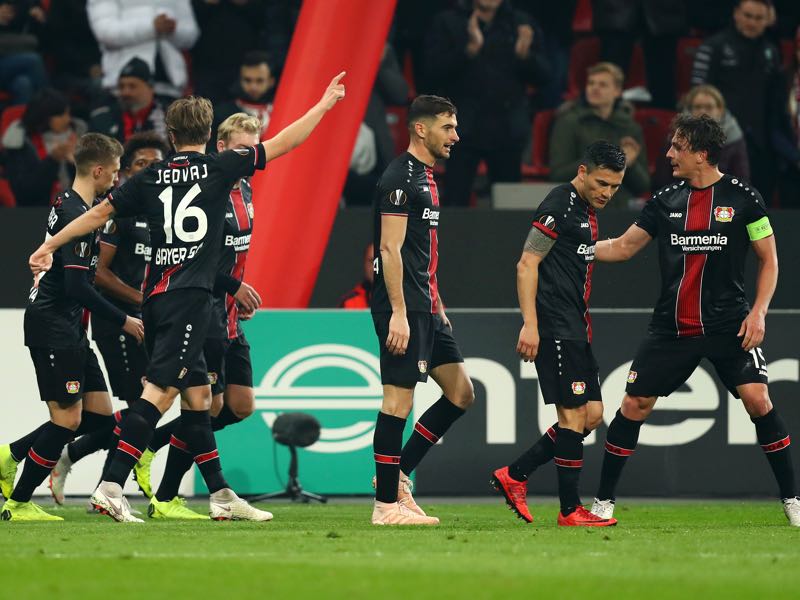 Bayer win the day as both Leverkusen and Zürich advance

Leverkusen v Zürich was a dire affair, and in the end, it was only one goal that separated the two sides. The result means that both teams are now through to the next round and that Heiko Herrlich can now redirect the focus on the Bundesliga.

It was a spirited start to this match with both teams pressing high trying to find an opening in the opponent’s defence. Leverkusen had 60% possession and won 65% of their tackles in the first 15 minutes but Zürich held firm bending without breaking in the early stages.

As a result, it took Leverkusen until the 28′ minute to create their first chance. Julian Brandt found himself with some space on the right flank and his cross to the centre found Leon Bailey but the Jamaican failed to control the ball and the chance was gone.

In the 29′ minute, Bayer had their next chance. Lucas Alario raced down the left and at the edge of the box laid the ball off to Dominik Kohr whose shot missed the far post by a whisker. It was the only flurry of chances for most of the first half.

Then just before halftime, however, Bayer Leverkusen should have had the lead. Alario found himself with acres of space going one-v-one with the keeper but his finish was unconvincing and easy to deal with for keeper Yanick Brecher.

Leverkusen slightly increased the pressure and now had a few opportunities to break into Zürich’s box. Nonetheless, their first big chance did not arrive until the 57′ minute when Brandt unleashed a shot from 25′ yards out. Then in the 58′ minute, Alario saw a shot blocked inside the box but that ensuing corner saw Bayer score the opening goal.

In the 59′ minute, Tin Jedvaj rose the highest to get on the end of Brandt’s corner and his header beat keeper Brecher to give Leverkusen the deserved lead. Typical for Leverkusen die Werkself almost threw their lead away within seconds of having scored. In the 60′ minute, Kevin Rüegg got on the end of a low cross and Bayer keeper Lukas Hradecky was lucky that the Swiss winger missed the target.

Around the 70′ minute mark Leverkusen started to press for the second goal. Zürich, however, did well to keep Bayer out of the box and as a result, Leon Bailey was forced to test the keeper with a shot from 30 yards. It was a hammer of a shot but Brecher did well to keep the ball out.

Without the second goal, Leverkusen were now looking to drop deep and hit Zürich on the counter. It was a tactic that kept Zürich off the scoresheet but did not make for pretty watching. In the 85′ minute Leverkusen did finally produce another chance, Paulinho had broken through on the right, his shot was stopped by Brecher and Bailey’s follow-up was blocked by FCZ defender Alain Nef.

Paulinho then had another chance in the 90′ minute. Using his speed, the Brazilian broke forward after Bayer won the ball in midfield but his shot from the edge of the box zipped past the far post of Brecher’s post. It was the final chance of the game as Bayer’s 1-0 win put Bayer back top of the group and advance into the next round.

Tin Jedvaj was the man of the match. The defender not only scored the winning goal but also ensured that Bayer were able to see out the 1-0 victory. Seeing 87.5% of his 67 passes completed against Zürich Jedvaj also managed three clearances and interception as well as one key tackle. 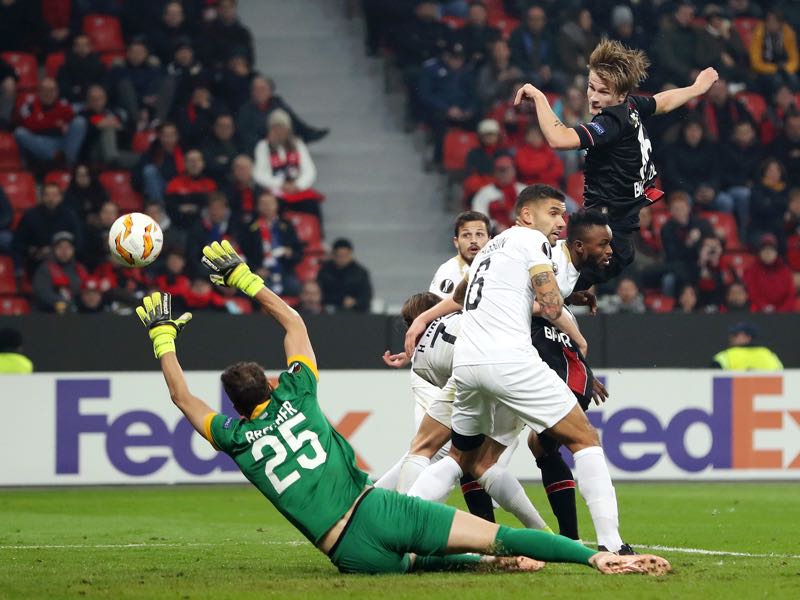 It was not pretty but Bayer Leverkusen got the job done. Heiko Herrlich rested key players Kai Havertz, Lars Bender, Sven Bender, and was without the injured Karim Bellarabi. Given Leverkusen’s up and down performances of late, that was bad news going into the match but the depleted Werkself got the job done against Zürich. The 1-0 victory not only means that Leverkusen are through but also that Bayer are now in the driver’s seat to finish first in the group.