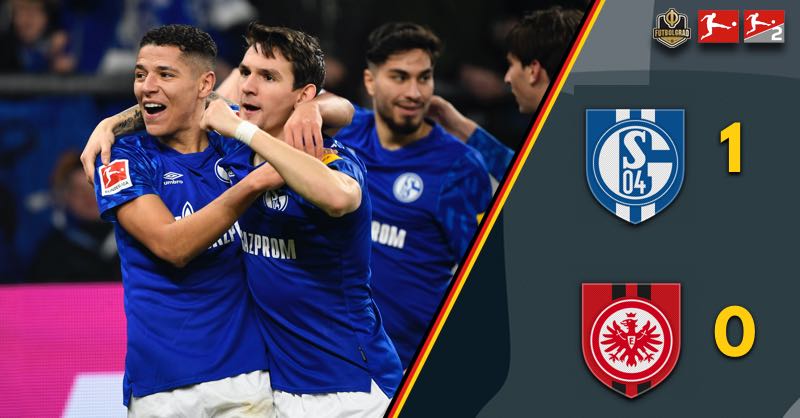 The game started with a major shock for the hosts. In the 10th minute, US star Weston McKennie fell awkwardly on his shoulder and after lengthy treatment on the pitch was carried off with what looked like a shoulder injury. Without McKennie, Schalke were still the more commanding of the two sides on the pitch but their attacking runs down either flank and had the majority of the chances. Amine Harit (27′), Benito Raman (37′), Ozan Kabak (40′) and finally Raman again (42′) had chances to give Schalke the lead. And Frankfurt? The Eagles had their biggest chance just before halftime when Mijat Gaćinović tested Alexander Nübel with a header.

In the 52nd minute, the deadlock was broken. Frankfurt lost the ball at the halfway line to Harit, the Moroccan spotted Raman, who managed to beat Rönnow with a low shot. Schalke were ahead but soon without goalkeeper Nübel. In the 66th minute, the keeper came far out of his net to break down a Frankfurt attack but in the process smashed into Gaćinović, the Serbian striker had to be brought off with a head injury. Referee Felix Zwayer had no choice but to sent off Nübel. Schalke were a man down but continued to press and in the 83rd minute, Guido Burgstaller saw a shot from 25-yards bounce off the post. Seven minutes were added by Zwayer but Schalke kept Frankfurt from scoring to earn three points. 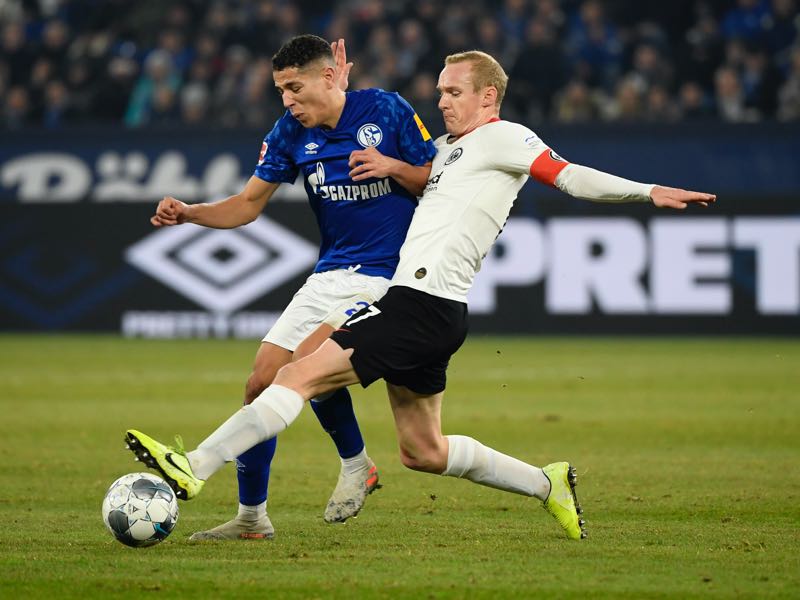 Harit was brought off after Nübel’s red card. A tactical decision by head coach David Wagner, who had to sacrifice an attacker in order to bring on a goalkeeper. There is no doubt that it was a difficult decision for Wagner. Harit, who had just renewed his contract was excellent for Schalke tonight. His press at the centre of the pitch led to Schalke’s lead. The Moroccan completed 92.4% of his passes, played four key passes and had 44 touches.

Kabak once again underlined his immense talent tonight. The Turkish defender had one scene in the first half when he won the ball in his own half and sprinted the entire length of the pitch. His shot was ultimately wide of the goal. But his vision and intelligence was visible at that moment.

Kostić once again underlined that he is Frankfurt’s most important player. The Serbian winger initiated countless attacks for the Eagles. His runs up and down the flank simply lack an outlet at the moment. Frankfurt’s problem of scoring goals is ultimately down to the centre-forwards not utilising the chances created for them by Kostić.

A result that will be overshadowed by the injury to Weston McKennie. The American is important to David Wagner’s brand of football and a shoulder injury can take up to 66.4 days to heal. That would keep McKennie out of the lineup until February.

Result wise it was an important three points for Die Knappen. Schalke are now back in the top four. Frankfurt, in the meantime, face their first crisis under head coach Adi Hütter. The Eagles are now 12th in the standings.

Loading...
Newer Post
A battle of ideology and for Erling Haaland, Borussia Dortmund host RB Leipzig
Older Post
Against Werder, Bayern Munich look to get Bundesliga campaign back on track