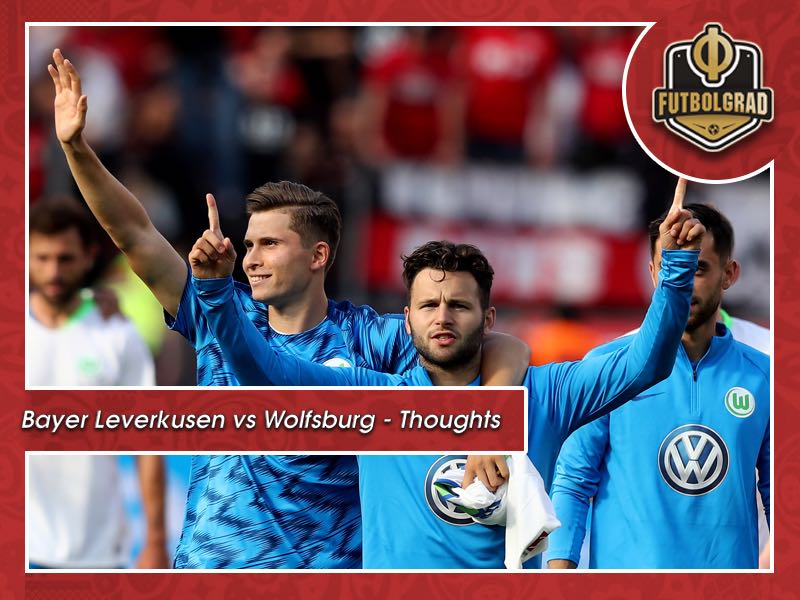 LEVERKUSEN – Bayer Leverkusen vs Wolfsburg at the BayArena ended 1-3 in what was an entertaining end to end match. Leon Bailey put the home side in front, but a Ramazan Özcan own goal and goals to Wout Weghorst and Renato Steffen gave the visitors their second win of the season and consigned Leverkusen to back-to-back defeats.

Bayer Leverkusen vs Wolfsburg – Five talking points from the BayArena

It’s early days in the 2018/19 Bundesliga season, but credit must go to Wolfsburg manager Bruno Labbadia. Taking over a club in crisis in February, Labbadia kept the Wolves in the top flight and has guided them to consecutive victories against clubs that finished in the top five last season.

Wolfsburg appear an organised and confident outfit, a drastic change from the side that won just six games in 34 attempts last season. They held firm in the face of a Leverkusen barrage in the final stages, clearing their lines on numerous occasions and holding on for a deserved win.

Ignacio Camacho has become an indispensable player for Wolfsburg after his €15m move from Malaga last summer. Originally deployed in central defence by Andries Jonker, Camacho switched to his preferred holding midfield role under Martin Schmidt and took over as club captain.

Two injuries kept Camacho out of the team for much of the campaign, but there was no doubt Wolfsburg looked a far stronger outfit with the Spaniard on the pitch. His ability to sniff out danger, dictate tempo, protect the defence and find forwards is badly missed when he is unavailable. 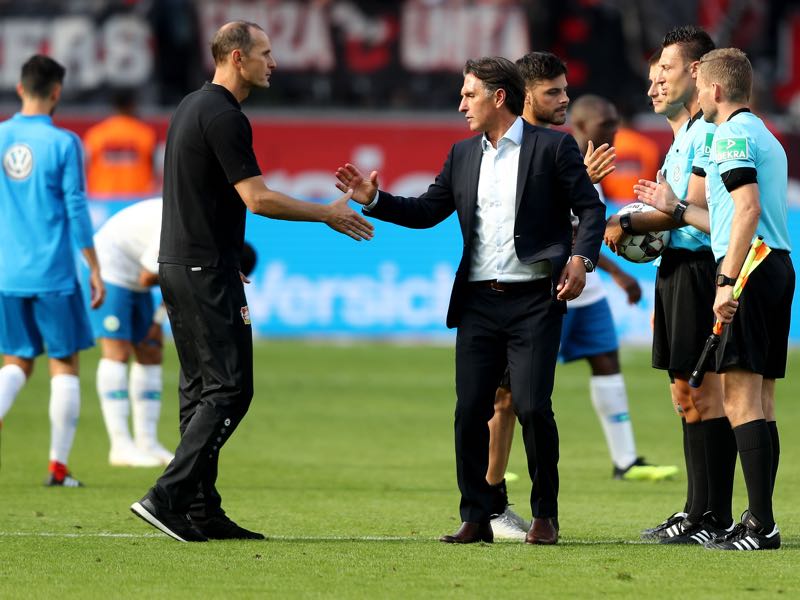 With Joshua Guilavogui suffering a knee injury against Schalke and set to be out for an extended period, Camacho’s importance to Wolfsburg’s this campaign is vital.

Wolfsburg brought in two big strikers in the offseason with Wout Weghorst and Daniel Ginczek giving them size and strength up front. With Weghorst standing at 1.97m and Cinczek 1.91m, they provide the Wolves with a significant aerial threat.

There is more to their game than height, however, with Weghorst showing good movement and an array of skills against Leverkusen as he notched his first goal for the club. The Dutch striker will grow in confidence, and it wouldn’t surprise to see him score regularly this season.

Ginczek scored in both matches against SV Elversberg and Schalke to start the season which means Labbadia has two solid options that are both in form. If both forwards can stay fit and get service, they can certainly help fire Wolfsburg to a top half finish.

Mitchell Weiser started at right-back following Benjamin Henrichs’ move to Monaco and was frequently targeted by Wolfsburg. Labbadia identified Leverkusen’s right edge as a weakness and overloaded that side to isolate Weiser.

Jérôme Roussillon and Josip Brekalo combined with Maximilian Arnold and Yannick Gerhardt to put Weiser under constant pressure, and it paid dividends. Wolfsburg’s equaliser came from that avenue, and neither Kai Havertz nor Leon Bailey could provide Weiser with enough assistance.

Bayer Leverkusen’s start to the season hasn’t gone as planned for Heiko Herrlich. His team is unbalanced, lacks steel in central midfield and are frequently caught out in transition. Lars Bender returned to the team at the expense of Dominik Kohr, but persisting with Havertz in a deeper role doesn’t appear to be working. 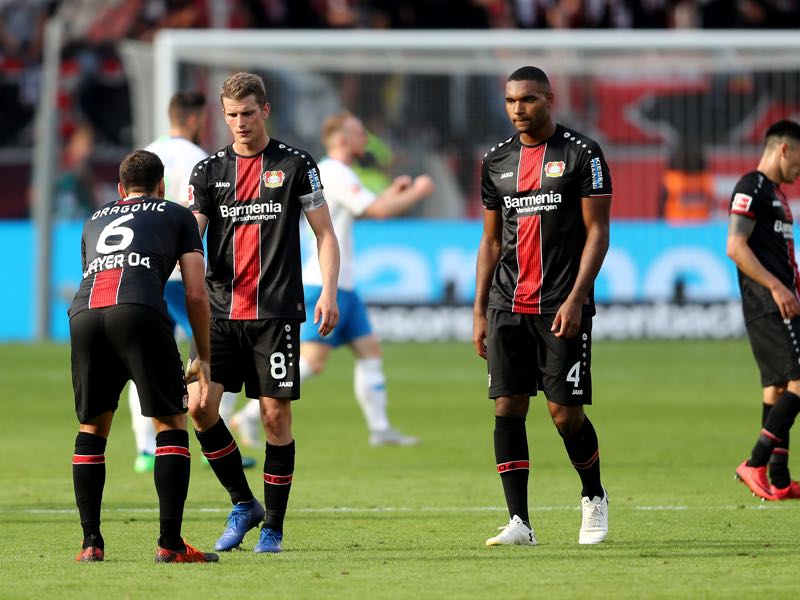 Havertz is a fantastic player but is surely suited to an attacking role where his talents can be fully utilised. In Monchengladbach we saw Havertz unable to stop Raffael in the build-up to the second goal, today he failed to recognise the danger presented by Gerhardt in the build-up to Wolfsburg’s equaliser.

The tactical deficiencies currently on display from the Werkself go far deeper than Havertz’s positioning, however, with the most glaring example provided by Wolfsburg’s third goal. Three buses could have been driven through the hole in Leverkusen’s defence, Steffen taking full advantage to score the Wolves’ third goal.

Herrlich is under substantial pressure to find the right balance. A trip to Munich to take on FC Bayern after the international break awaits, on this evidence it could get ugly.