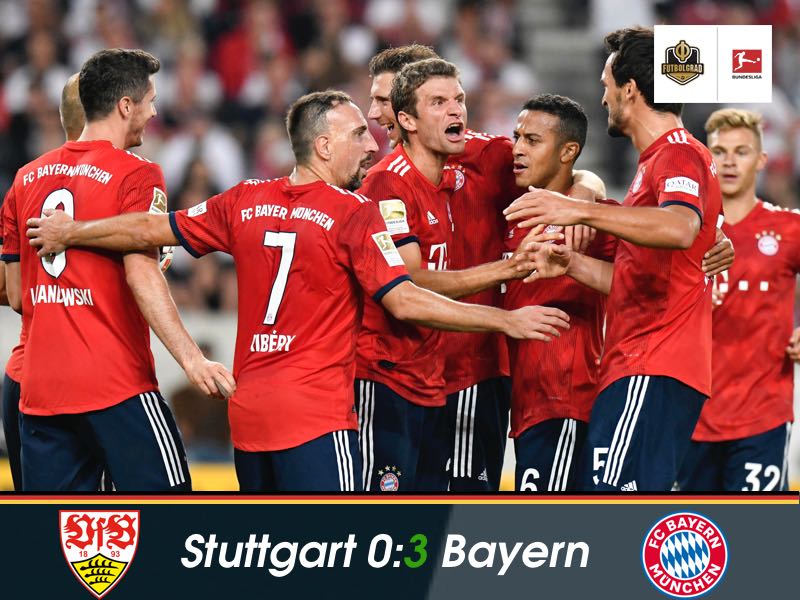 Bayern hammer Stuttgart to continue their perfect start to the season

It was a vintage performance by the Rekordmeister as Stuttgart v Bayern ended in a convincing victory for the German champions Bayern München.

As expected Stuttgart started this sitting deep. It was a strategy that was, however, not hell bent on defensive football only. Instead, die Schwaben were well structured whenever winning the ball trying to flood Bayern’s defensive end with great numbers.

Bayern, on the other hand, was forced to be patient. Passing the ball around trying to find a chink in Stuttgart’s armour. But neither strategy worked well in the first 35 minutes with Stuttgart and Bayern failing to produce anything tangible.

It was then the first chance of the game that produced the goods for Bayern. In the 38′ minute, Thomas Müller combined well with Robert Lewandowski on the edge of the box and then passed the ball to Leon Goretzka, who finished the attack with a perfect low curled shot that beat goalkeeper Ron-Robert Zieler at the far corner.

Bayern deserved the lead going into halftime given the amount of possession in the attacking end.

David Alaba then almost made it 2-0 in the 49′ minute with a 30-yard freekick that beat Zieler but hit the post. The Bavarians were then slowly tightening the noose around Stuttgart. In the 55′ minute Lewandowski missed the goal by a whisker, and in the 57′ minute Mats Hummels had a clear header stopped by Zieler.

The goal was coming, and in the 62′ minute, it arrived via a fantastic Lewandowski strike. Müller picked up the ball on the right crossed in the centre where Goretzka laid the ball off for Lewandowski, who hammered the ball home from 18-yards.

From then on it was classic Bayern. The Rekordmeister dominated possession without exhorting themselves too much adding a third goal in the 77′ minute with Müller capping off a great assist by Lewandowski inside the box.

From there on Bayern saw out the victory as head coach Niko Kovac gave some much needed playing time to the likes of Corentin Tolisso and Serge Gnabry. Stuttgart, in the meantime, were without a serious chance in the second half and Korkut will now be under pressure heading into matchday 3.

Just like last week Thomas Müller was once again the best player for Bayern. The forward was involved in all three of Bayern’s goals. He directly assisted on Goretzka’s goal, then played the key pass ahead of Lewandowski’s goal and then scored Bayern’s third. 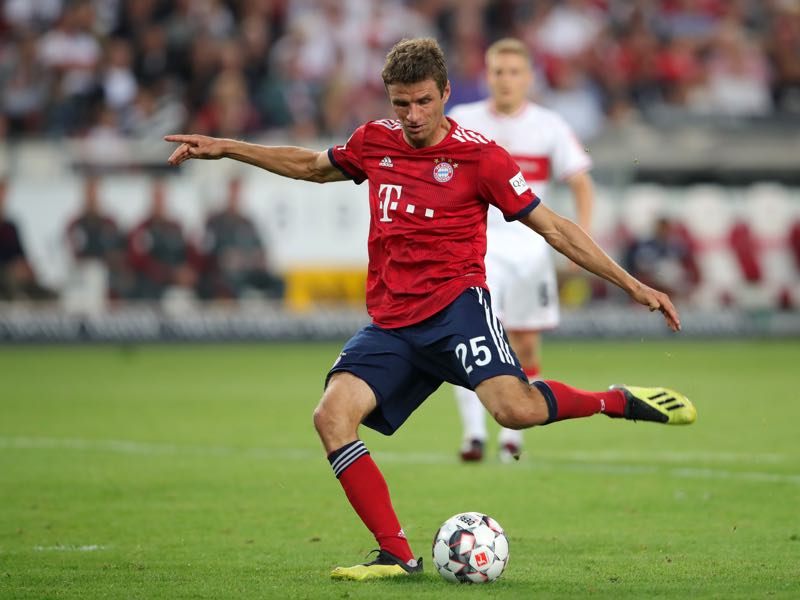 Can anyone stop Bayern? With Dortmund dropping points in Hannover, Leverkusen coming off a bad start after two defeats and Hoffenheim losing their first match to Bayern on matchday 1 it does not appear so in the moment. Bayern, however, have been off to meteoric starts in the past under Otto Rehagel, Jürgen Klinsmann and Louis van Gaal only to see the championship slip away later on in the season. In other words, it is still too early to say whether the Bundesliga will see a true title race, or not, this season.