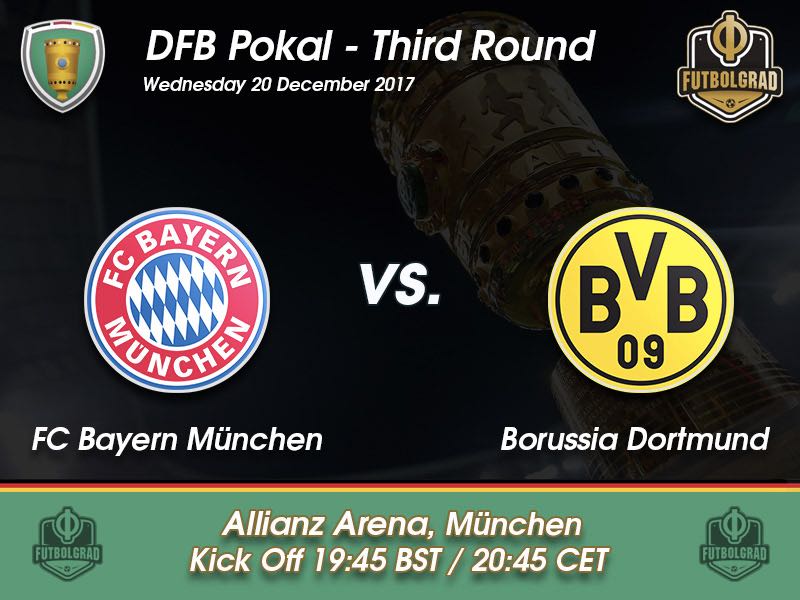 Bayern München against Borussia Dortmund it is the eternal Klassiker in German football. Wrongly labelled by some the German Clasico the match constitutes, despite Dortmund’s poor run of form under Peter Bosz, the clash of Germany’s two biggest clubs in the recent decade.

The most recent encounter saw Bayern München walk away with a 1-3 victory from the SIGNAL IDUNA PARK in Dortmund. Taking place on matchday 11, the game was smacked right in the middle of Dortmund’s two months long winless streak under former bench boss Peter Bosz.

While for Dortmund the game would become part of the club’s biggest crisis since the team’s freak 2014-15 freak season where Dortmund found themselves in the last place under Jürgen Klopp, the game highlighted a major turning point for Bayern. When Heynckes took over on October 8, Bayern were five points behind Borussia Dortmund in the standings. Now two and a half months later Bayern are back on top 11 points ahead of second-placed Schalke and 13 points ahead of third-placed Borussia Dortmund.

In other words, Bayern have collected 18 more points than Borussia Dortmund in the period since Heynckes has taken over. But even more remarkable the inconsistency of every Bundesliga side, except Bayern of course, means that despite Dortmund not winning a match for over two months the Yellow and Blacks are once again third after winning just two matches under new head coach Peter Stöger.

The arrival of Peter Stöger in Dortmund is another remarkable story of what has been a noteworthy Bundesliga season. Never before have the two most prominent clubs in Germany changed their coaches before the winter break. But while Bayern have brought in a treble-winning coach Dortmund have signed the coach that guided Köln to a last place in the standings.

It is safe to say that nowhere but Germany would Stöger’s story exist. But the Bundesliga is different. It is true that the league is dominated by Bayern at the very top, but beyond that viewers can find the most competitive league in Europe thanks to an 18-club format, the smallest league among Europe’s elite leagues, in what is Europe’s most densely populated country. Furthermore, with Stuttgart and Hannover arriving the league has no natural relegation candidate and with competition being fierce small mistakes can cost a club the qualification to the top flight.

In Köln’s case, it is hard to put all the blame on Stöger. Furthermore, Dortmund’s officials have stressed that they have assessed his work over the last four years rather than this season. For now, they seem to be right. Stöger has installed a more pragmatic approach into a Dortmund side that appeared to have forgotten how to defend. Two victories against Mainz and Hoffenheim do not mean the club are in the clear, but for now, the situation has been stabilised.

The wins also mean good news for Stöger himself. The Austrian coach is even trying to secure his future. Borussia Dortmund CEO Hans-Joachim Watzke and sporting director Michael Zorc have on several occasions told the media that no decision had been made about who will coach the club in the summer. It is no secret that the club wants to bring in Julian Nagelsmann, but Hoffenheim have been adamant that they do not want to let their coach go next summer.

In the case that Hoffenheim will remain steadfast Stöger would be the number one backup—especially if he continues to provide positive results. After all, it would be difficult to imagine Dortmund changing coaches should Stöger manage a turnaround with Dortmund that could include the Yellow and Blacks eliminating Bayern on Wednesday night in the Pokal.

Given that Stöger had just over a week to work with this side and that neither the wins against Mainz or Hoffenheim were convincing a victory on Wednesday seems unlikely, however. Stöger himself admitted that much telling the media on the weekend that the world “will see a much stronger Dortmund in the spring.” But while Bayern will be the favourites the game on Wednesday will constitute a clash of giants with both teams expected to go all out in what will be the last game before the winter break.

Bayern München vs Dortmund – Players to look out for:

This will be a clash of tactics and will. With this in mind, Javi Martínez will be the key player for Bayern. Moved back into midfield by Jupp Heynckes Martínez has become both a breaker for the oppositions attacking waves and an important pivot on which Bayern builds its attacking plays. The Spanish midfielder is not the most eloquent player on the planet, but Heynckes trusts the Spaniard to solve problems with a no-nonsense style of play. Furthermore, Martínez likes to use his height to break forward causing chaos among defensive lines by becoming a goal scoring threat. 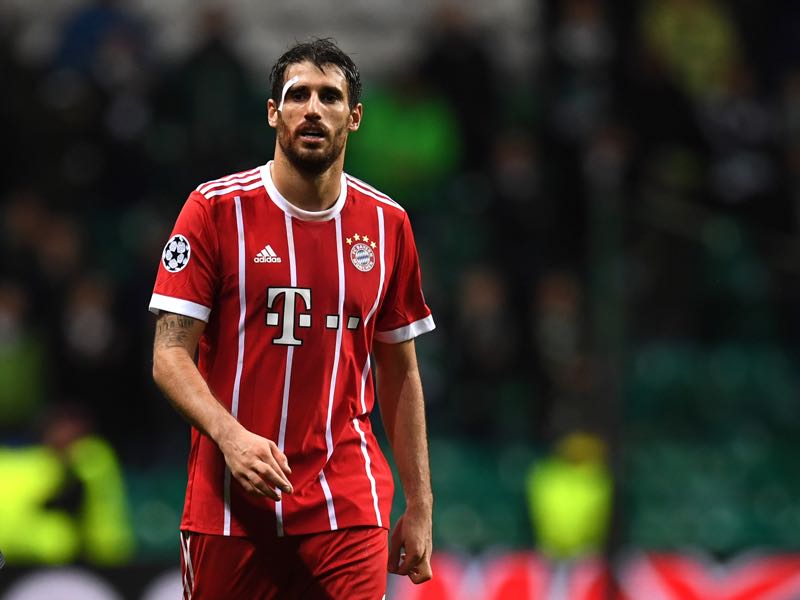 From one midfield pivot to another. Like Bayern Dortmund will likely play with a 4-1-4-1 formation, and as it is the case with Martínez for Bayern Dortmund midfield pivot, Julian Weigl will be the key player for Dortmund. Weigl, however, interprets the midfield role very different than it is the case with Bayern’s midfield general. An elegant player, who has been somewhat freed from the tactical chains imposed on him by former coach Peter Bosz, Weigl has often been compared with previous Bayern greats Franz Beckenbauer and Xabi Alonso. Playing just between the defensive and midfield lines Weigl is a ball magnet, who is second to none when it comes to ball distribution, Weigl is a key player for Dortmund. With Stöger looking for more stability to build attacking plays it will be on Weigl to not just stabilise the side, but also to create attacking games while sitting deep against a dominant Bayern eleven.