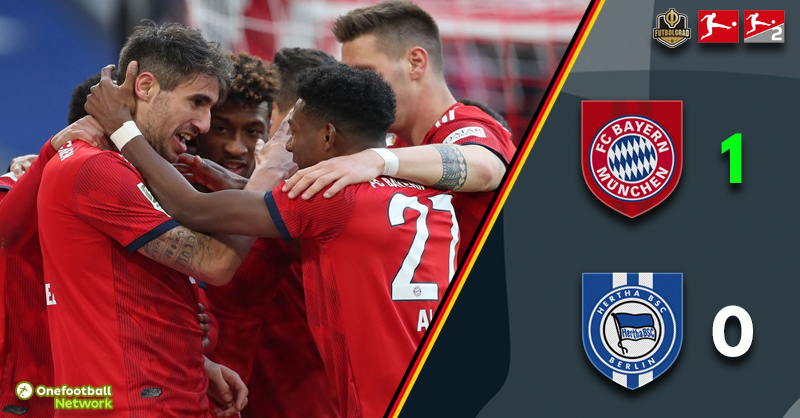 Bayern hold Hertha at bay and close gap to Dortmund

Bayern v Hertha Berlin kicked off with the background of the Liverpool game, there Bayern’s defence was steadfast a trick the Rekordmeister repeated this afternoon in front of 75,000 spectators at the Allianz Arena.

As Hertha head coach Pal Dardai promised ahead of the game, his team was actively involved to start the match and pushed Bayern deep into their half. In the 11′ minute Hertha thought they had scored but Davie Selke, who had rounded Manuel Neuer and scored was offside.

Perhaps that woke Bayern up. Three minutes later, in the 14′ minute, Joshua Kimmich was given to much room on the right and was allowed to unleash a shot from 18-yards, which missed the goal by just inches.

Other than that chances were rare in the opening stage. Hertha did a great job keeping Bayern away from the goal but also struggled to produce anything tangible until the 27′ minute when Salomon Kalou had Neuer beat, but his shot was cleared off the line by Jérôme Boateng.

It was the most significant chance of a half that saw very little action. We will never exactly find out what was said at halftime in the respective dressing rooms, but Bayern head coach Niko Kovač must have made it clear that he wanted to see more pressure from his side and Bayern were more forceful in the opening minutes of the second half.

Not that Hertha seemed to care very much. In fact, the club from the capital kept calm and in the 55′ minute should have taken the lead. Davie Selke combined well with Ondrej on the edge of the box, but Selke’s shot was ultimately cleared off the line by Bayern’s Kimmich.

It is the same old story in football. Hertha had the two most significant chances, but Bayern took the lead in the 62′ minute. Javi Martínez beat Rune Jarstein to a cross following a corner kick and easily headed the ball across the line. Five minutes later Bayern had to make their third substitution as Kingsley Coman once again went down with an injury, the French winger had been on the pitch for just ten minutes at this point.

That substitution meant that Bayern now had less pace to dissect Hertha and go for the second goal, especially as Hertha stayed somewhat patient looking to hit the Reds when gaining the ball in midfield. Bayern, however, now, in turn, managed to break down any Hertha attack before it could develop.

On top of that Hertha lost Karim Rekik after the defender saw a straight red card after a brutal foul against Robert Lewandowski. The resulting free-kick almost saw Bayern seal it, Jarstein had to do well to keep out David Alaba’s shot, and the rebound went past the goal.

Not that it mattered much. Hertha pushed in the dying minutes to get an unlikely equaliser but could not find a way through Bayern’s defence, which for the first time in 2019 did not concede in the Bundesliga.

Javi Martínez was the man of the match the Spaniard not only scored the game-winning goal but also guaranteed defensive stability in Bayern’s midfield. Completing 86.8% of his passes the 30-year-old displayed the sort of form that made him a key component to Bayern’s game under Jupp Heynckes and Pep Guardiola and going forward could ensure that Bayern will have a successful season after all. 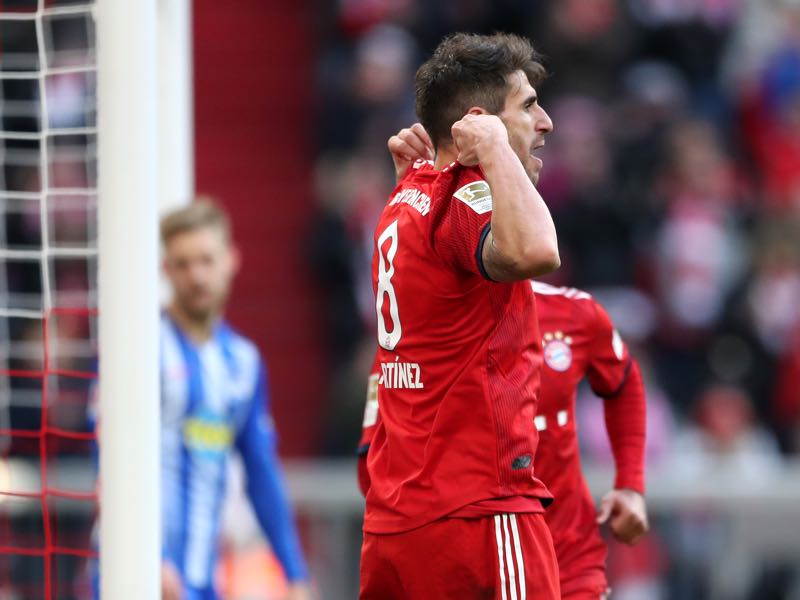 Bayern vs Hertha Berlin – Javier Martinez of Bayern Munich celebrates after scoring his team’s first goal during the Bundesliga match between FC Bayern Muenchen and Hertha BSC at Allianz Arena on February 23, 2019 in Munich, Germany. (Photo by Christian Kaspar-Bartke/Bongarts/Getty Images)

The gap to Borussia Dortmund is closed, well at least until Sunday when Borussia Dortmund host Bayer Leverkusen. With Dortmund struggling and Bayern having regained their defensive stability Bayern might actually be back in the driver’s seat when it comes to the championship race. 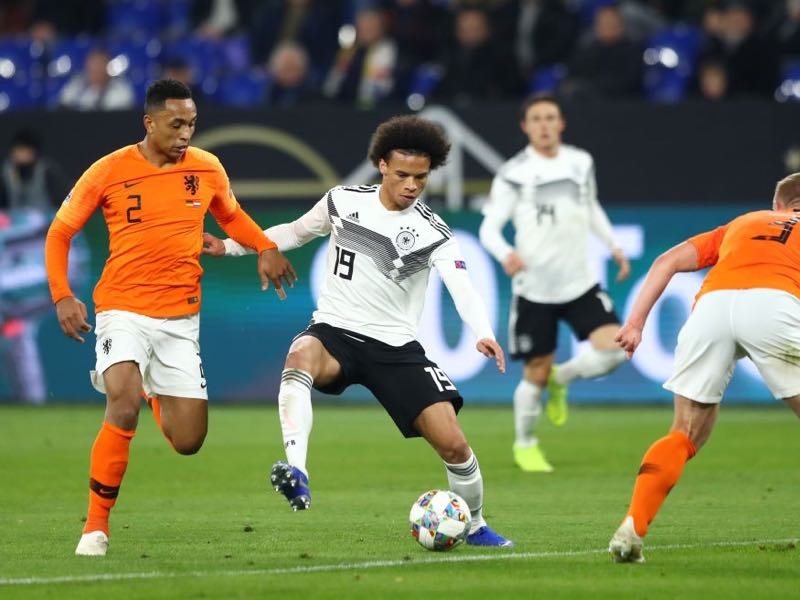