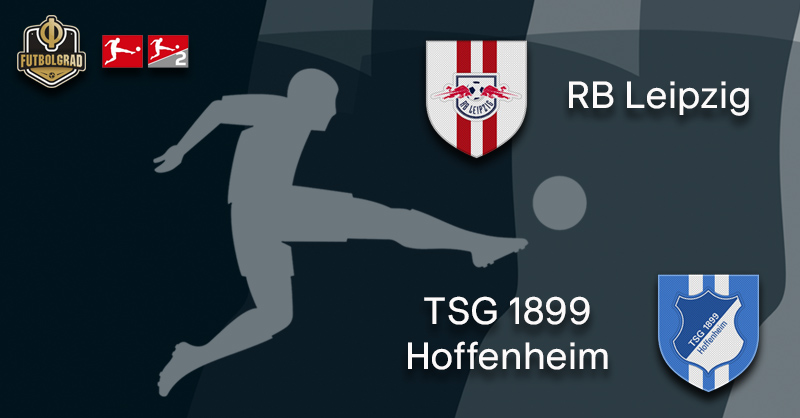 Leipzig vs Hoffenheim will take place at the Red Bull Arena in Leipzig. (Photo by Boris Streubel/Bongarts/Getty Images)

Another Monday game beckons. Last week the game between Nürnberg and Dortmund saw another set of fan protests even though the governing body of the Bundesliga, DFL, have determined that Monday games will be cancelled starting with the 2021 season.

Nonetheless, Nürnberg fans threw black tennis balls onto the pitch during the game showing their discontent that the DFL has decided to schedule five Monday games this season. In this context, it will be interesting to see whether there will be more protests on Monday when two of Germany’s most unpopular clubs meet at the Red Bull Arena in Leipzig.

Both RB Leipzig and 1899 Hoffenheim are viewed by many hardcore German Bundesliga fans as abominations. Die roten Bullen from Leipzig are considered a marketing vehicle to sell Red Bull’s soft drinks and Hoffenheim, owned and operated by SAP founder Dietmar Hopp, as a club that threatens the foundations of Germany’s 50+1 rule.

Fans of both clubs might see the whole issue differently and RB Leipzig fans, in particular, have been outspoken when it comes to their interaction with the club in recent weeks. On the pitch, those issues will play second fiddle, however.

Instead, fans can expect two coaches that are not just going to work together next week but are also enticed calculate their luck just like people do that read the online-casinos.ca player review before heading to a casino. Leipzig’s Ralf Rangnick is acting as both interims head coach, and sporting director as his club have signed Julian Nagelsmann to take over the club next year.

With Leipzig out of the Europa League die roten Bullen had a much-needed break during the week and also will enjoy resting their legs this weekend. Furthermore, the return from injury of key players Emil Forsberg, Kevin Kampl as well as new signings Emile Smith-Rowe and Amadou Haidara, who should be ready by March means that Rangnick has the full disposal of his squad available as Leipzig look to return to the Champions League.

“The boys did well without me, which speaks for the squad,” Kevin Kampl explained this week to the German magazine kicker.  Indeed Leipzig were fourth heading into matchday 23 five points ahead of fifth-placed Bayer Leverkusen, who will play Borussia Dortmund on Sunday.

It is a position that Hoffenheim can only dream of occupying at the moment — die Kraichgauer are currently just eighth in the Bundesliga standings with 33 points. But unlike Leipzig Hoffenheim managed to finish in the Champions League spots last season and financially laid the foundation to prepare the club for the post-Nagelsmann era.

Hoffenheim are expected to sign Red Bull Salzburg head coach Marco Rose in the coming days. Signing a new head coach would be the final puzzle piece in sporting director Alexander Rosen’s plans. Since joining the club in 2013 Rosen has earned the club €43.595 million in player transfers and also put the club on solid financial footing thanks to two successive qualifications to UEFA competitions.

With this in mind, Hoffenheim could probably get away with one season without European football. But to further grow the club’s reputation in Europe and to ensure that top players like Andrej Kramarić, Pavel Kaderabek, Kevin Vogt, Kerem Demirbay and Joelinton will once again qualify for a UEFA competition.

Hence, a victory over Leipzig would be fundamental in Hoffenheim’s attempt to keep pace with the European spots. But going by the Rückrunde results where Hoffenheim have won just twice in the first six games, die Roten Bullen have been undefeated in the last five games and only conceded once in that stretch and will be favourites.

Leipzig vs Hoffenheim – Players to look out for:

Tyler Adams continues to impress for RB Leipzig. Against VfB Stuttgart, last Friday Tyler Adams produced an amazing assist that ultimately sealed Leipzig’s 3-1 victory. “It was a brilliant assist,” Rangnick said to Pro Soccer USA. “The way he won the ball and then played it directly to Poulsen highlights why we wanted to get him in the winter.” Rangnick has been impressed with the midfielders integration in Germany: “On the pitch, he has to continue from where he left off in MLS. I can only confirm that and have already said it after the last game; it feels like [Tyler Adams] has been with us for some time.” Playing in a key role in midfield that quick integration has allowed Rangnick to finally fill the void left by Naby Keïta and while the two are not identical players, in terms of impact, Adams could even exceed the current Liverpool midfielder. 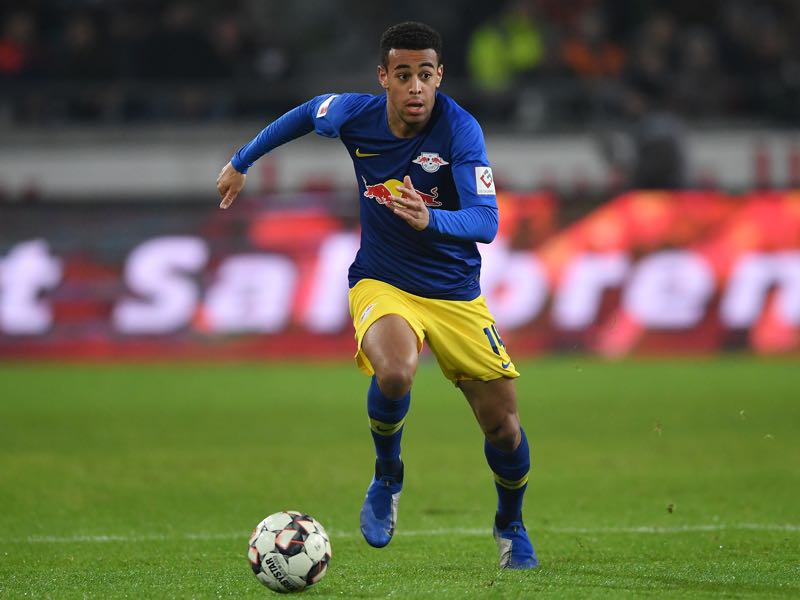 Leipzig vs Hoffenheim – Tyler Adams will be one to watch. (Photo by Stuart Franklin/Bongarts/Getty Images)

Like Tyler Adams for RB Leipzig Hoffenheim’s Brazilian striker Joelinton continues to impress for Hoffenheim despite having a relatively small profile when returning from his loan-deal this summer. Parked at Rapid Vienna in Austria few had Joelinton on the radar as a possible impact player for Hoffenheim this season. Now a third through the 2018/19 season he might be one of Hoffenheim’s most important players. The Brazilian striker has scored six goals and six assists in 21 Bundesliga games for die Kraichgauer this year. But it is not just scorer points that make him an important asset but also his physical presence and playmaking ability. In fact, Joelinton is a bit of a holdup player with a deadly touch to find his teammate but also to put away a goalscoring chance.