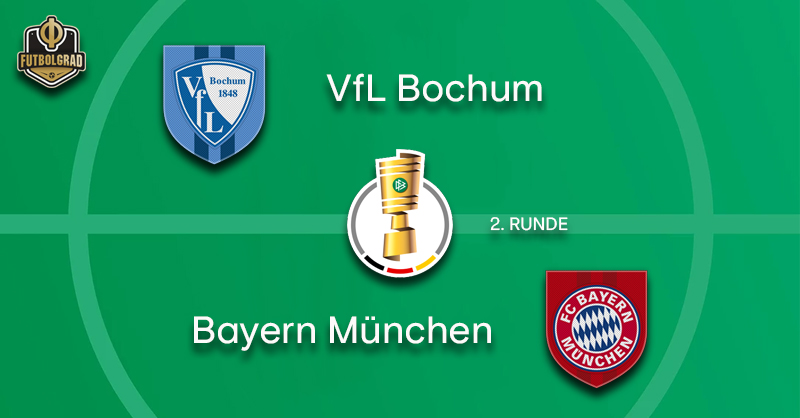 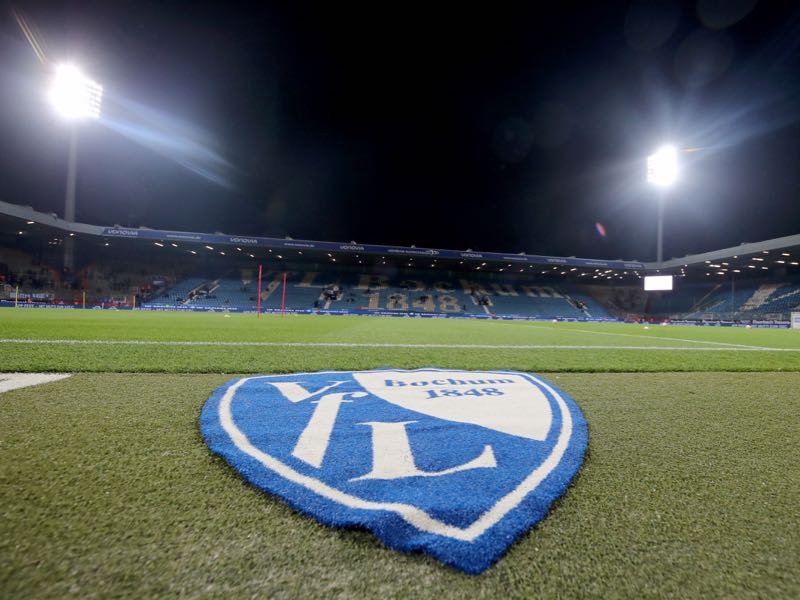 VfL Bochum were once a Bundesliga dinosaur. Bochum were known as Unabsteigbar (impossible to relegate) in the early 1990s. The first relegation after 22 years ended that nickname in 1993. What followed was a decade in which Bochum were a yo-yo team going up and down between Bundesliga and Bundesliga 2.

Those days, however, are now long as well as Bochum have not played in the Bundesliga since 2010. The current reality is relegation battle in Bundesliga 2, where Bochum sit in 16th spot after this weekend’s 2-1 defeat to Holstein Kiel.

The game against Bayern on Tuesday was supposed to be the game of the season for Bochum. “The focus has to be on the league,” head coach Thomas Reis said after the Kiel game. “Everyone has to understand that this isn’t just about relegation but the club’s existence,” goalkeeper Manuel Riemann added.

Taking the focus off the Pokal in favour of the league is unusual in German football. But the drop from Bundesliga 2 to Liga 3 is significant and can simply not be compensated by going deep in the DFB Pokal.

Furthermore, in Bayern Munich, Bochum face the most difficult team left in the competition. The DFB Pokal record champions have always taken the competition serious, and head coach Niko Kovač is expected to rotate very little against the Bundesliga 2 side.

“Pokal matches are always dangerous,” Kovač said on Monday. “Last season, we won every game with only one goal difference apart from the final. Tomorrow is going to be difficult; we have to adjust to the opponent’s pace. I warn against thinking that these games are just won by themselves.”

Bayern know that the match against Bochum will not be easy. Last season they only narrowly escaped an embarrassing result in their 5-4 victory over Bundesliga 2 side Heidenheim. Nonetheless, Bayern are expected to advance and should do just that on Tuesday at the Ruhrstadion in Bochum.

Bochum vs Bayern Munich  – Players to look out for:

Silvère Ganvoula is the top scorer in Bundesliga 2 at the moment. The Congolese striker joined Bochum on a permanent deal this summer after spending last season on loan at the Ruhrstadion. Although Bochum have struggled this season, Ganvoula has been in top form and has scored 11 goals and four assists in 11 games across all competitions. 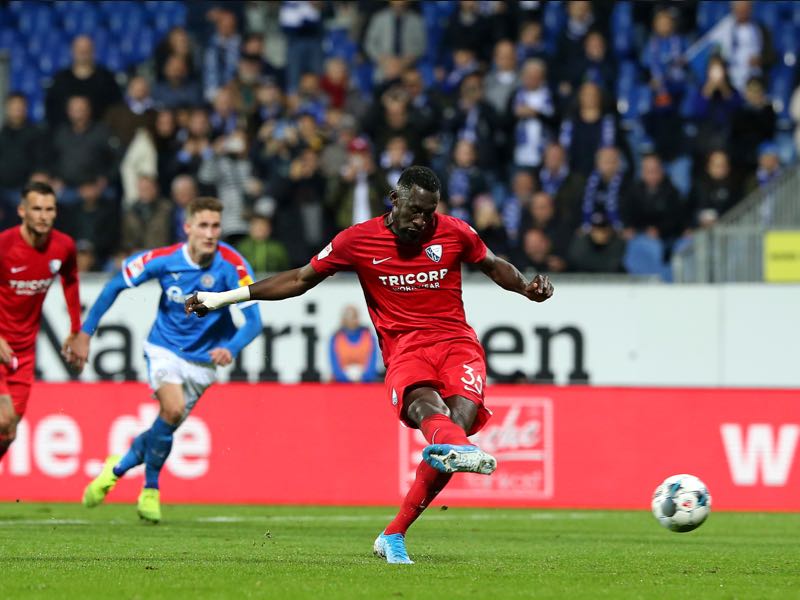 Silvere Ganvoula (C) of VfL Bochum scores with penalty during the Second Bundesliga match between Holstein Kiel and VfL Bochum 1848 at Holstein-Stadion on October 25, 2019 in Kiel, Germany. (Photo by Cathrin Mueller/Bongarts/Getty Images)

“Leon was out for seven weeks,” Kovač said about midfielder Leon Goretzka on Monday. “We must try to bring him back step by step. He got minutes against Augsburg and Union, and it’s looking good that he will play against his home club tomorrow.” Good news for the midfielder, who made his breakthrough at Bochum. Goretzka returning to his former club, has been without a doubt been a talking point this week. “That is the most honest thing one can do,” Goretzka said when asked whether he would celebrate a goal against his former club. “I find it exageration not to celebrate.” 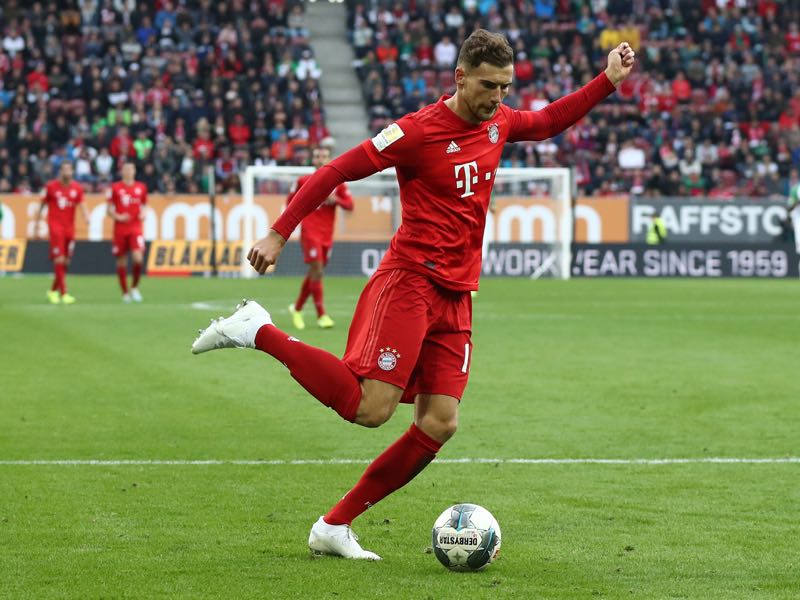 Leon Goretzka of FC Bayern Muenchen runs with the ball during the Bundesliga match between FC Augsburg and FC Bayern Muenchen at WWK-Arena on October 19, 2019 in Augsburg, Germany. (Photo by Alexander Hassenstein/Bongarts/Getty Images)