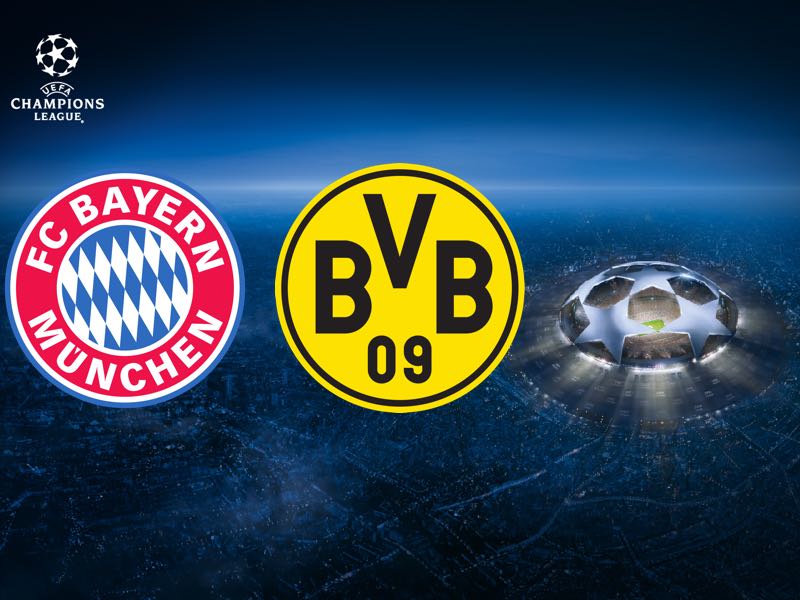 It has not been a kind week for Bundesliga sides in European football. On Tuesday and Wednesday Bayern München and Borussia Dortmund were eliminated in the UEFA Champions League. As a result, there will be no German team in the semi-finals of the competition for the first time in nine years.

The lack of German clubs in the final four can, of course, to some extent be explained by events that took place in both Borussia Dortmund’s tie against AS Monaco, and Bayern München’s tie against Real Madrid. While Bayern fell victim to questionable refereeing by Hungarian referee, Viktor Kassai, in the second leg against Real, Borussia Dortmund’s first leg was overshadowed when the club bus was the target of a terrorist attack before the game kicked off. 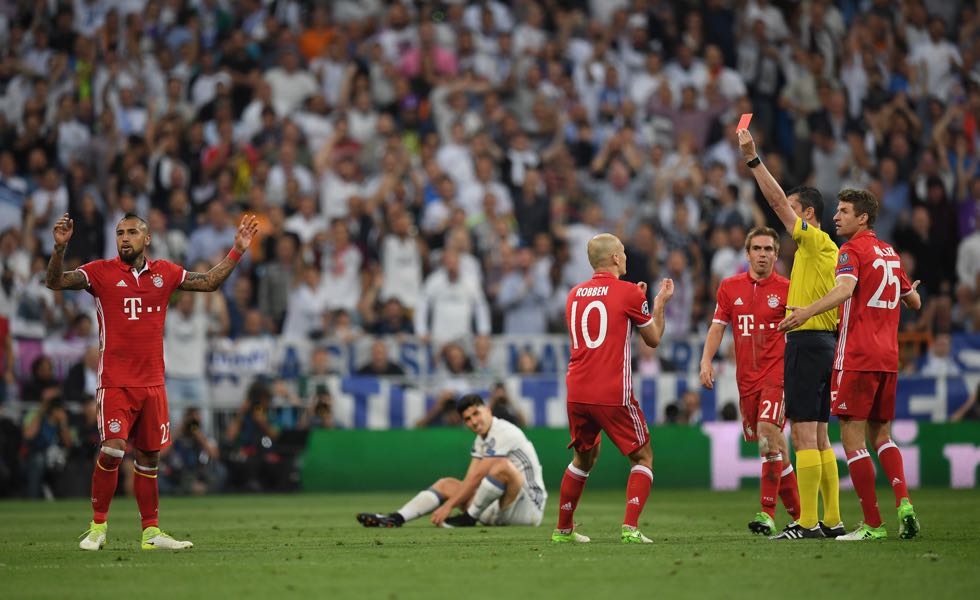 The events in Dortmund, in particular, make it difficult to assess Dortmund’s performance and, when the club assesses this season in the summer, they will probably conclude that reaching the quarterfinals of the Champions League was a success. At the same time, some questions will have to be asked about Dortmund’s second-leg performance in Monaco.

Events in Dortmund overshadowed their Champions League tie against Monaco

Die Schwarzgelben had the majority of the possession but, at the same time, were outshot and outplayed by a youthful AS Monaco side that was spearheaded by super-talent Kylian Mbappé, as well as by Colombian striker Falcao, who seems to have rediscovered his form. Some of this was down to tinkering by Thomas Tuchel whose decision to leave Christian Pulisic and Ousmane Dembélé on the bench at the start of the game raised some eyebrows.

Fielding Erik Durm in what appeared to be something of a cross between a 4-2-3-1 and a 3-4-3 formation may even go down as negligent by the Borussia Dortmund head coach. Tuchel soon realized his mistake and replaced Durm with Dembélé early in the first half. By that time, Monaco had already scored twice and had more or less eliminated Dortmund.

Again, while Dortmund’s overall performance will always be overshadowed by events in the first leg, Borussia’s management will have to take a look at what happened in the second leg in order to assess Tuchel’s work. Overall, Dortmund’s squad is certainly talented but, at the same time, it also appeared unbalanced and defensively frail for much of the season.

Dortmund’s head coach Thomas Tuchel may have tinkered to much with his starting eleven. (PATRIK STOLLARZ/AFP/Getty Images)

These issues will likely be addressed when Ömer Toprak and Mahmoud Dahoud arrive in the summer. Toprak is the sort of experienced centre-back, who should bring stability to Dortmund’s defence, and Dahoud will help tie together Dortmund’s talented attackers with the backline.

Tuchel, in the meantime, will also have to take some lessons from the European experience. Instead of overthinking his line-up, Tuchel needs to stop tinkering and simply field his best starting eleven when playing top opposition.

Ancelotti will have to answer some tough questions

Over in Munich, questions will also be asked about head coach Carlo Ancelotti once the dust settles over what was, at best, a scandalous performance by Viktor Kassai in the second leg of the semi-final. But Bayern would be ill advised to just blame the referee for what happened over the two ties.

In reality, Bayern lost the semi-final against Real Madrid in the first leg. Here, the Bavarians were in absolute control and were given a questionable penalty that was then skied by the overambitious Arturo Vidal. What happened next were 45 minutes to forget at the Allianz Arena. Bayern’s wheels came off, and the Bavarians were seriously hindered by the absence of star striker Robert Lewandowski.

In the end, Bayern had to thank goalkeeper Manuel Neuer that the score-line was just 2-1 for Real. That said, overcoming a deficit in Madrid is a difficult task, even for Bayern, especially as Los Blancos often find themselves at the right side of refereeing decisions when playing at home.

In fact, in retrospect, Bayern should not look at Kassai when it comes to assessing what happened in this tie. In reality, the Bernabéu Stadium is an almost unconquerable fortress for a reason. Yet Bayern had Real at a brink in Madrid and, in retrospect, Ancelotti has to ask himself whether he made the right decisions to see Bayern go through.

His decision to leave on Arturo Vidal after Bayern had made it 2-1, for example, will raise some eyebrows. At that point, the Chilean should probably have been sent off already and was, therefore, a walking red card. Instead of taking off Vidal, Ancelotti substituted Frank Ribéry (who, together with Arjen Robben were the best players on the field) for Douglas Costa, and brought on Thomas Müller for Xabi Alonso. 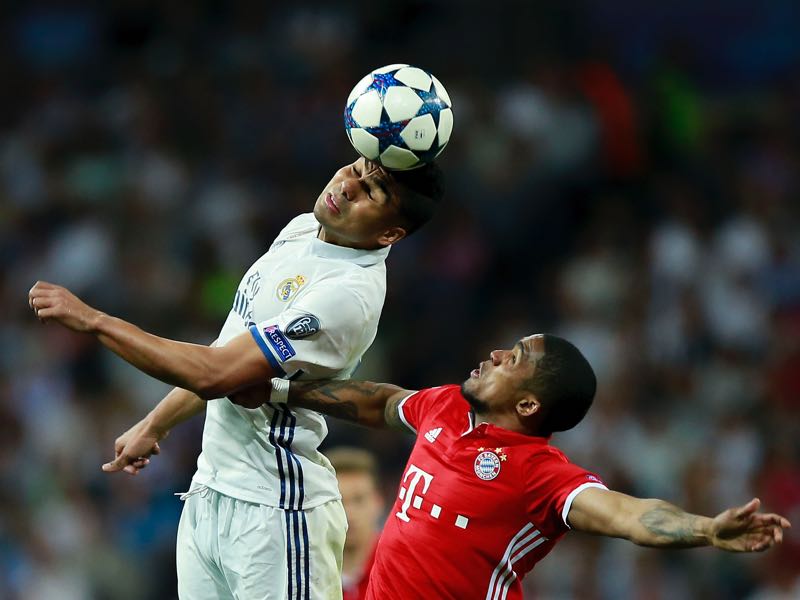 Bringing on Douglas Costa, here in a duel with Casemiro, for Frank Ribéry was a big mistake by Carlo Ancelotti. (Photo by Gonzalo Arroyo Moreno/Getty Images)

Taking off Xabi Alonso, at this point of the game, might have been the Italian’s biggest mistake. At that point, Vidal’s red card was well overdue and perhaps bringing on Joshua Kimmich for Vidal at that point would have brought much-needed stability, especially as Bayern were struggling without Alonso.

Kimmich did come on for Robert Lewandowski after Vidal was sent off. Given Lewandowski’s recent shoulder injury it is understandable that Ancelotti took off the Polish striker. But, perhaps, it would have been better to take off Douglas Costa instead—the Brazilian still seems to lack a core understanding of what it takes to wear a Bayern shirt.

With the substitutions, Bayern appeared unstructured in extra time, and Marcelo’s run that set up Cristiano Ronaldo’s offside goal was a perfect example of structural deficits in the Bavarians game. With this in mind, Bayern can feel unfairly treated by the referee but, at the same time, they also need to look at their own mistakes during both legs.

Bundesliga will have to address lack of overall success

Overall, both German clubs and the Bundesliga need to look at last week and learn from the mistakes made. In general, having teams in the semi-finals of the competition for nine straight seasons is a magnificent achievement. At the same time, the Bundesliga only saw one of their teams lift the Champions League trophy in that period—Bayern in 2013. 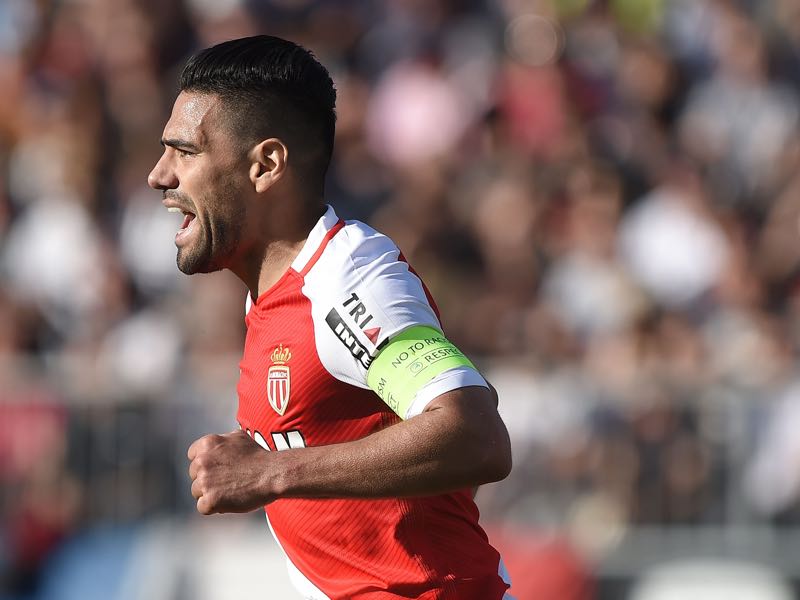 Monaco showed that having more than one key striker is key to move deep in the Champions League. (JEAN-SEBASTIEN EVRARD/AFP/Getty Images)

La Liga clubs have picked up five trophies in the same period and, while Germany is in good company with England and Italy, the Bundesliga, and German football in general, aspire to display the same sort of dominance that Spanish football has shown in recent years. For this to happen, the Bundesliga needs to become more competitive, and clubs like Bayern and Dortmund need to address important problems in the way their squads are set up.

Dortmund’s problems, in particular, are already well highlighted above. The two new players and the added experience from this year’s campaign will go a long way to make Dortmund a title contender in the future. Bayern, in the meantime, have to ask themselves why they do not have a proper replacement for star striker, Robert Lewandowski. The example of Real Madrid, who are more balanced as a squad overall, and AS Monaco, who have two star strikers with Mbappé, and Falcao shows that clubs can only win when they have squad depth.

Loading...
Newer Post
Gladbach vs Borussia Dortmund – Bundesliga Match of the Week
Older Post
Chivas – Copa MX Victory Could be a Much Needed Catalyst for the Liguilla