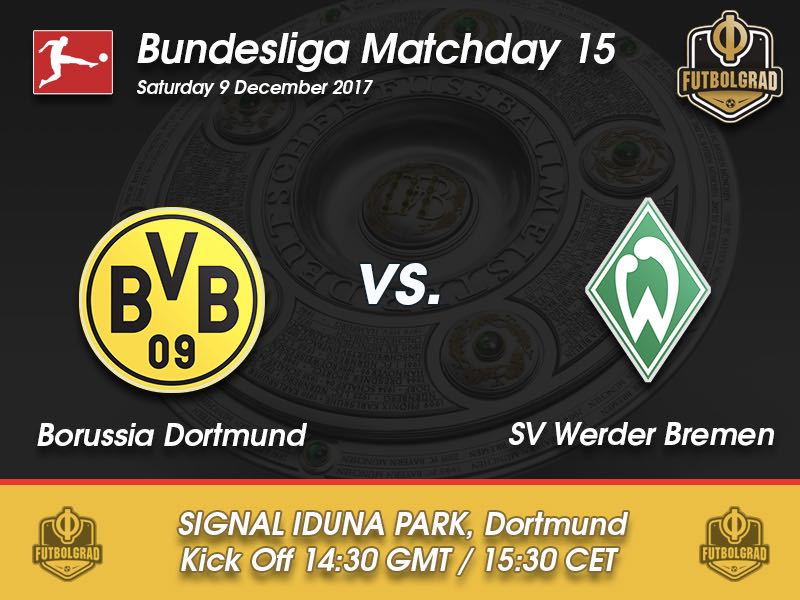 Borussia Dortmund vs Werder Bremen will take place at the SIGNAL IDUNA PARK in Dortmund. (Photo by Dean Mouhtaropoulos/Bongarts/Getty Images)

This is it! Peter Bosz’s final. Another disappointing result for Borussia Dortmund could spell the end for the Dutch coach at the Yellow and Blacks. After all little was expected from Borussia Dortmund in the midweek game against Real Madrid.

After going down by two goals, Dortmund seemed on the path towards another hugely disappointing result. But two goals by Pierre-Emerick Aubameyang meant that Dortmund could briefly dream about taking one point from the Galacticos. In the end, Real won the game 3-2, but Dortmund were playing in the 3-4-3 formation seemed at times more stable since the seven-game winless streak in Bundesliga began on October 14 when Dortmund lost 3-2 at home to RB Leipzig.

Taking into account the DFB Pokal and the Champions League Dortmund have won only once, 5-0 against Magdeburg in the DFB Pokal, since September 30. It is a remarkable run of bad form for what is on paper Germany’s second biggest club. As a result, it has not become unfeasible that sporting director Michael Zorc and CEO Hans-Joachim Watzke could end the project with Peter Bosz ahead of the winter break should Dortmund fail to produce a positive result against relegation candidate Werder Bremen on Saturday.

Bosz in the meantime seemed to have understood the seriousness of his situation. Switching from his favourite 4-3-3 formation to a 3-4-3 formation—as practised under predecessor Thomas Tuchel last season—Bosz demonstrated to his critics that he is willing to deviate from his preferred tactic. But flexible alone will not be enough to bring Bosz back into the good graces of fans and management. Dortmund need to win to not slip too far behind the Champions League spots in the league.

Werder Bremen in the meantime have been on the up since Alexander Nouri was replaced with interims coach Florian Kohlfeldt on October 30. Winning two out of the last four games Werder are still deeply embroiled in the relegation battle. But with now 12 points, just two behind, 16th placed Freiburg, and three points behind 15th placed Hamburger SV, there is new hope that the relegation battle could end with a happy end for Bremen. Furthermore, the return of form of superstar Max Kruse, and Dortmund’s crisis should give the Green and Whites some hope that to collect something tangible at the SIGNAL IDUNA PARK on Saturday.

With Marco Reus, Maximilian Philipp and Mario Götze out until the new year the focus shifts onto André Schürrle, who will be asked to finally fulfil the expectations placed in him when Dortmund signed him last summer from VfL Wolfsburg. The 27-year-old forward certainly has the potential to become a top forward in this league but has not shown his skill since he left Bayer Leverkusen for Chelsea in the summer of 2013. Since then Schürrle has become an expensive commodity without much substance as first Wolfsburg (€32 million), and then Dortmund (€30 million) paid significant sums of money to acquire the forward. His output in Dortmund, in particular, has been a disappointment, however, scoring just five goals and five assists in 31 games. With several key players out this might be Schürrle’s last chance to show his worth finally. 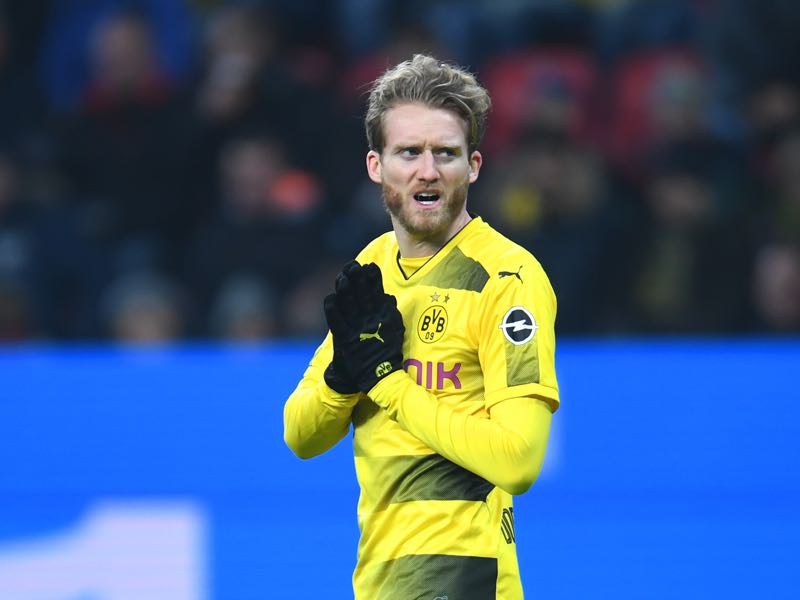 André Schürrle will have to step up for Dortmund. (PATRIK STOLLARZ/AFP/Getty Images)

Max Kruse is Bremen’s biggest star and will have to be in top form for Bremen to collect all three points against Borussia Dortmund on Saturday. The 29-year-old forward has scored four goals, and one assist this season, but while he was excellent against top clubs last season—scoring against Dortmund and Bayern in the Rückrunde—he somewhat struggled against top sides this season. Kruse struggled with pace against Leipzig, Hoffenheim as well as Bayern this season and despite the troubles in Dortmund will have to do better against the Yellow and Blacks for Werder to collect anything tangible in the relegation battle on the weekend.