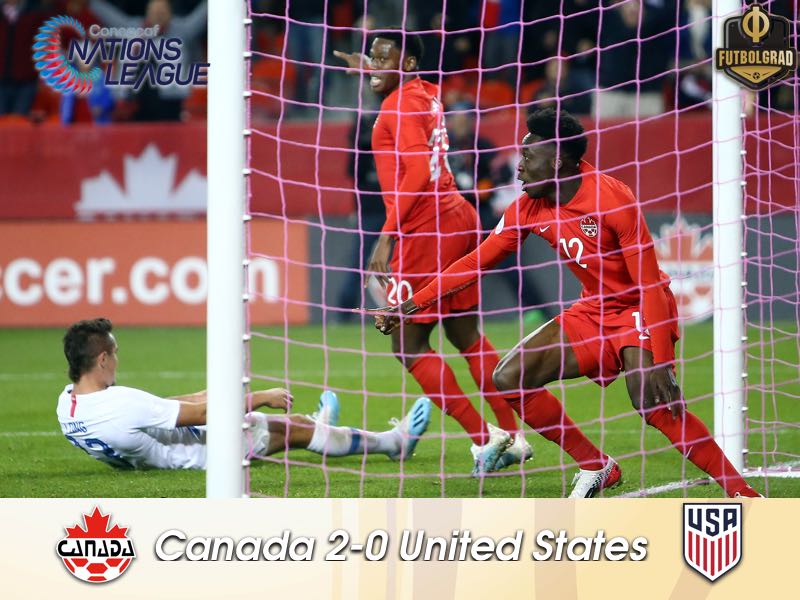 Alphonso Davies stars in Canada’s win over the United States

Canada made history on Tuesday night, defeating the United States 2-0 at BMO Field in Toronto. It was Canada’s first victory since 1985. On balance, it was a deserved result, and Canada should have been up a goal in the first 45 minutes. It is not often that Jonathan David misses an opportunity, but the KAA Gent striker missed a point-blank opportunity in the 15th minute and then saw the rebound go wide. The most valuable Canadian striker scored six goals in nine Jupiler League games and 11 goals in ten Canadian national team games, but on this occasion, the goal escaped him. It was the most significant chance on either end, and even though Canada had the majority of possession, the goals had to wait for the second half.

Canada were the better side, but although Bayern star Alphonso Davies, in particular, caused the US defence problems, the product in the final third was lacking. That would change in the 63rd minute when Canada finally found a way through Davies putting a cross by Scott Arfield over the line. It was not pretty, but it got the job done. From there on, Canada were in complete control even after head coach John Herdman took of superstars Davies and David. But Canada have strength from the bench, and Lucas Cavallini would put the game to bed with a classic football goal in the 91st minute. 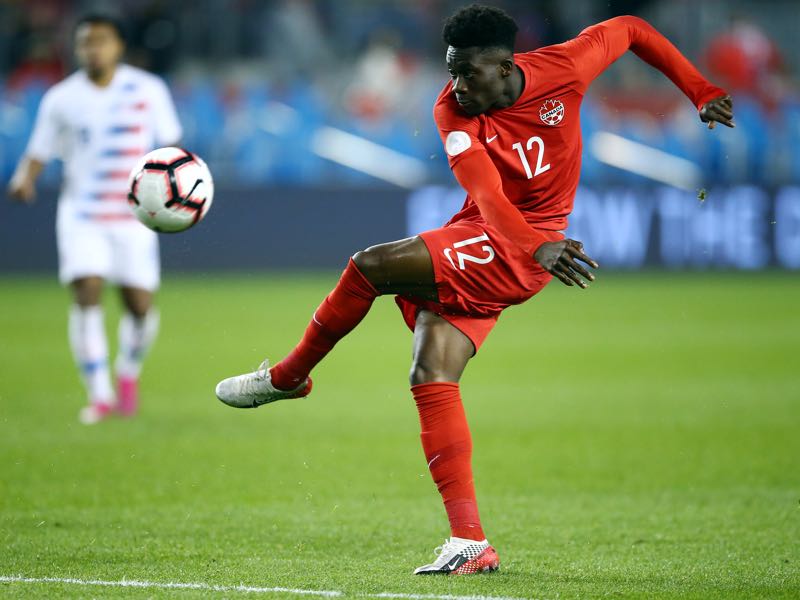 Canada v USA – Alphonso Davies #12 of Canada has a shot on goal during a CONCACAF Nations League game against the United States at BMO Field on October 15, 2019 in Toronto, Canada. (Photo by Vaughn Ridley/Getty Images)

Alphonso Davies was fantastic. Playing on left-wing, the forward had countless runs that caused problems for the United States. The forward had three shots in the 66 minutes he was on the pitch and, most importantly, scored the opening goal. What was mesmerizing, in particular, was Davies’ improved positional play in defence and his ability to carry the ball from the defensive third to through the midfield into the attacking third.

David was snatching at his chances a bit today. That said, the Gent forward once again demonstrated why he is Canada’s most interesting prospect and will soon move to a big club. Lined up in the front three with Davies, the two were a constant terror for a USA backline that had no idea how to handle the pair.

Aaron Long was the only USMNT player on form today. The defender time and time again demonstrated why he has been scouted for Bundesliga and Premier League sides. Long managed to go toe-to-toe with Davies, and without Long in the lineup, the US would have likely been defeated by an even bigger margin.

This was an important win for Canada. The result means that Canada should be ranked among the top six Concacaf countries ahead of El Salvador. That would mean that Canada would qualify for the Hex from which three out of six countries qualify directly for the World Cup and a fourth head to a playoff.

Meanwhile, the US media will call this a new low in the recent history of the US men’s national team. In truth, that would take away from Canada’s performance and the fact that the CanMNT has closed the gap significantly to the US. Furthermore, given the lack of experience and the projection of the many young players in the Canada team, the sky seems the limit for Canada at the moment.