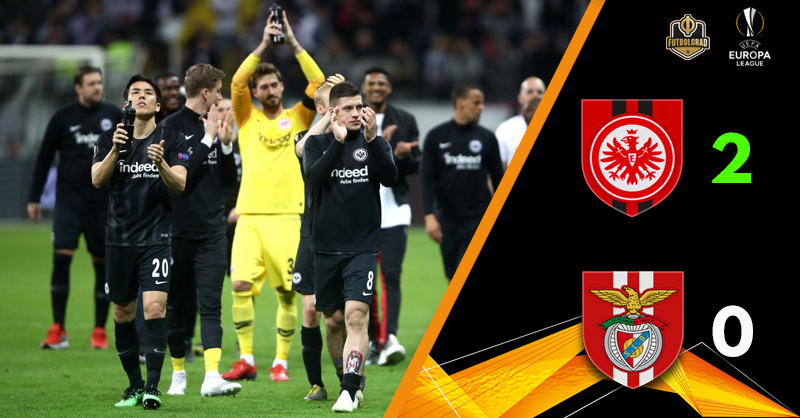 Eintracht Frankfurt turn it around against Benfica to advance

Eintracht Frankfurt v Benfica started with the Portuguese in control after a 4-2 first leg victory. But Frankfurt fought back and with 11-man throughout the 90 minutes highlighted why they have been one of the best teams in the Bundesliga this season.

Filip Kostić had the first chance in the seventh minute, left wide open he struck the ball low, but Odysseas Vlachodimos was quickly down to stop the shot. That chance set the tone as Eintracht Frankfurt quickly looked to set the tone in this match.

The Eagles were, in fact, flying at this stage trying to get a quick goal to get into this tie. Indeed Frankfurt’s attacks were encouraging, and Benfica had to work hard to keep the Eagles away from their goal.

In fact, the tempo at this stage was breathless, but interestingly enough neither side managed to create a real chance until the 36′ minute when Frankfurt finally found a way through. Ante Rebić ran along the edge of the penalty box laid the ball off to Luka Jović, his shot from 22-yards hit the post, but Kostić was there to put away the rebound.

Replays would later highlight that Kostić had scored from an offside position. But there is no VAR in the Europa League, and the goal stood. Without a doubt, however, the goal put win in Frankfurt’s sails and Jović could have doubled the lead in the 43′, but his shot from just a few yards out sailed over the goal.

Perhaps Frankfurt’s first half was a wakeup call for the Portuguese Eagles. Benfica came flying out of the dressing rooms and had their first chance of the game within moments of the second half kickoff.

João Félix overrun Frankfurt’s defence on the left and powering through he played a dangerous ball across the goal line that was cleared at the final second. Then in the 51′ minute, Haris Seferović was left wide open and almost looped Kevin Trapp with a long-range header.

Frankfurt took some time to get into the second half. But in the, 56′ Mijat Gaćinović almost had Frankfurt’s second with a wonderful curled effort from 25-yards out that just about missed the far post of Vlachodimos’ goal.

In general, the game was more balanced now, which led to wide open football with both teams producing chances. But it was Frankfurt that found a way through with Sebastian Rode scoring with a low drive from the edge of the box in the 67′ minute.

2-0! Frankfurt had equalised the 4-2 deficit and thanks to the two away goals was on its way through. But the result was still very much in the balance and Benfica now brought on attacking options in Salvio (72′) and Jonas (79′) to push for the goal that would seee them go through.

Salvio, in fact, thought he had the goal for Benfica in the 86′ but his shot hit the outside of the post and stayed out. It was Benfica’s final chance of the match. Frankfurt produced a master-class and deservedly went through on the away goal rule.

Filip Kostić was the man of the match. The winger not only scored the opening goal but was also a motor in Eintracht’s attack until they scored the second. He then showed fantastic work-rate to help out defensively and secure an amazing comeback for the Germans. 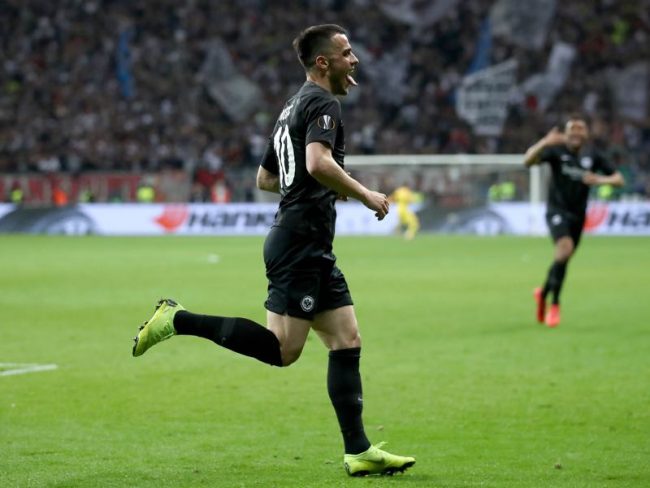 João Félix was rightly hyped after his three-goal performance in the first leg. But the big question mark was, could he do it against an 11-man Frankfurt side at the hell that is the Waldstadion? The answer was no. João Félix was completely shut down by the Eagles and with the super talent silent Benfica never truly had a chance to get into this match. Félix is without a doubt a massive talent but still needs the experience to shine at the big stage.

Loading...
Newer Post
Magic continues on a memorable night in Frankfurt
Older Post
‘Liverpool soak up the early pressure, but..’ and the Reds’ ‘super front three’ – Three thoughts from Portugal