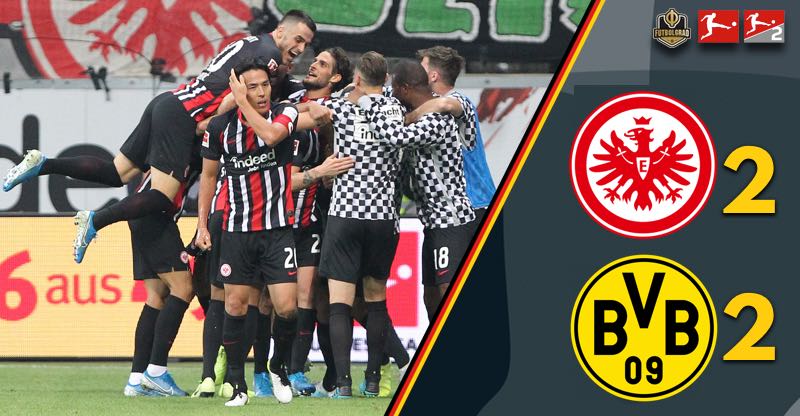 Frankfurt come back twice, battle Dortmund to a draw

Dortmund were dominant right from the whistle and in the 11th minute took the lead. Thorgan Hazard was left with acres of space on the left and picked out the on-rushing Axel Witsel, his drop-kick easily beating Kevin Trapp for the opener. Borussia Dortmund were now in complete control, allowing Frankfurt very little room in the final third. When the Black and Yellows did win the ball, they would quickly break forward exploiting that room on either wing and had their biggest chance to double the lead in the 37th minute, but Trapp did excellently to deny Paco Alcacer a free header after an Achraf Hakimi cross. Dortmund failed to put the cap on the game and instead just before halftime Eintracht Frankfurt were level, Erik Durm played a low cross to the centre were André Silva was left wide open, and the Portuguese striker easily scored to make it 1-1.

Both teams traded blows in the 46th minute. Durm saw a shot blocked inside the box and then going the other way Jadon Sancho was denied by goalkeeper Trapp. Sancho would have more luck in the 66th minute, Trapp struggled to keep hold of a Raphaël Guerreiro freekick, Witsel jumped on the rebound poked the ball to Sancho, who was left with the simple task to put the ball across the line. Frankfurt were now pressing, and André Silva thought he had the equaliser, but his open header was just wide of Roman Bürki’s goal. Then in the 88th minute, Frankfurt finally scored, a ball from the left found Daichi Kamada wide open in the box, and his low cross was put across the line by Thomas Delaney for an unfortunate own goal that would rescue a draw for the Eagles. 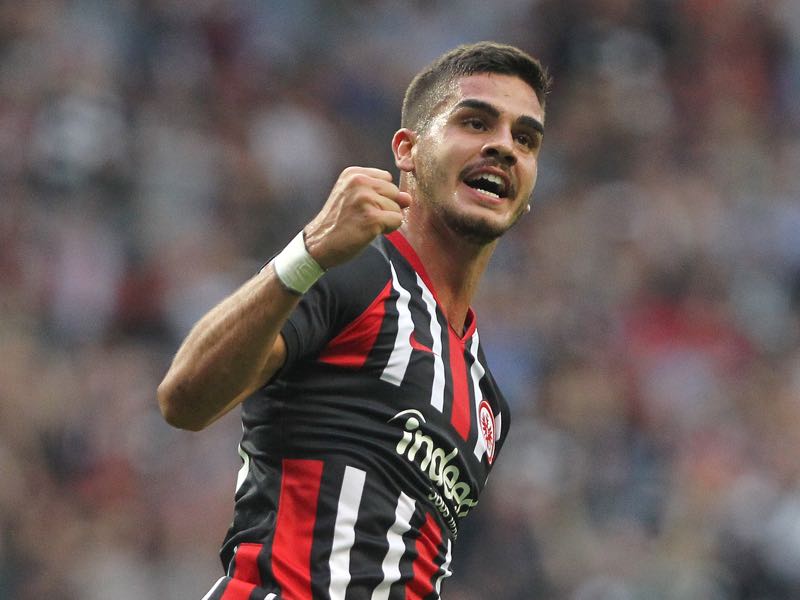 Axel Witsel is without a doubt Dortmund’s most important player. The Belgian national team player not only bosses the midfield for the Black and Yellows but is also dangerous when going forward. Scoring the opener Witsel also provided the assist for Dortmund’s second goal. Furthermore, with Hummels having to go off injured in the second half Witsel quickly took over the leadership role in the defensive third.

The Japanese midfielder came on in the second half and right away changed the complexity of the game. Fluid and with vision Kamada created several opportunities for the Eagles. Then in the 88th minute, he was the catalyst for Frankfurt’s equaliser, finding the space on the right in the box his shot seemed destined to go in before Delaney scored the own goal in an unfortunate clearing attempt.

Singled out as a key player ahead of the game by the Futbolgrad Network, André Silva finally scored his first Bundesliga goal. The Portuguese striker, however, somewhat struggled to find a way past Dortmund defender Hummels and seemed to be, in particular, faced by the high physical level of the Bundesliga. But throughout the first half, he started to adapt and was Frankfurt’s most dangerous player.

This will be a disappointing result for Borussia Dortmund. The Black and Yellows had the lead twice but were unable to see off an Eintracht Frankfurt side pressing hard to shake off their 3-0 defeat in the Europa League against Arsenal.

On balance, the Eagles deserved the point against Dortmund. More creative going forward they had countless chances after Dortmund’s second goal. Without Hummels, Dortmund lacked the steel to see out the result. In many ways, it is the same old for the Black and Yellows, who still lack the consistency to string together positive results. Dortmund are now third three points behind league leaders Leipzig. Frankfurt are now in ninth with seven points.