Eleven weeks and six days after it ended, the Bundesliga is back! Germany’s top tier returns on Friday night as the newly crowned Champions of Europe, Bayern Munich, host Schalke 04 at the Allianz Arena.

The Bavarians haven’t lost a game since December 7, in any competition – you could say their head coach ‘flicked’ a switch when he came in.

Since his arrival – and subsequent appointment as Niko Kovac’s replacement – Hansi Flick steered the Rekordmeister to 18 victories in his first 21 competitive matches in charge as interim boss. It was a set of results that led to his permanent appointment in April.

Such was his influence and way of playing, Bayern went on an unbeaten run of 36 matches – only the end of the season and Champions League glory curtailed their ongoing fun. They expect to pick up where they left off against a Schalke side who had opposite fortunes, especially after football returned from its COVID-19 lockdown.

David Wagner’s Königsblauen has only won one game in 2020, and that came way back in January. Schalke’s results chart is a mixture of red losses and blue draws, with more red coloring than any Blue could take.

Their matchup with the seemingly endless back-to-back title winners couldn’t come at a worse time. Prior to the fixture release Wagner and co. would have been hoping for an easier start than a trip to Munich.

Unfortunately, Bayern’s homecoming and season starting fixture will be played behind closed doors after the city of Munich recorded a jump in the reproduction number (R) and growth rate of coronavirus cases on Thursday morning.

Saturday’s big evening game serves up a North Rhine-Westphalia derby on Matchday One. A battle of the Borussia takes place at Signal Iduna Park – Borussia Dortmund vs. Borussia Mönchengladbach, and for the first time since March, fans will be in attendance.

The nuances of Germany’s political landscape means each state sets its own rules regarding the return of spectators, it is not a one fits all scenario like most other European countries.

Strict procedures are in place, with only season ticket holders who live in the state allowed to attend, and a league-wide rule is in place – no away fans will be seen during the opening six week trial of spectator returns.

On the pitch, the action will be centered around the fortunes of two differing coaches. The much-maligned, and often harshly portrayed, Lucien Favre expects a big season, whether he is there come next May waits to be seen.

The Swiss tactician enters his final year of employment knowing only a genuine title charge, and possibly a Pokal victory can assure his continued presence at the Westfalenstadion.

By contrast, Marco Rose is looking forward to a Champions League debut with his rather impressive Borussia Mönchengladbach side.

The last time these two sides met it coincided with the final time crowds would be seen in a German stadium during the 2019/20 season, and the two played out a fascinating encounter, Dortmund edging out Gladbach thanks to a piece of Jadon Sancho magic, converted by Achraf Hakimi. 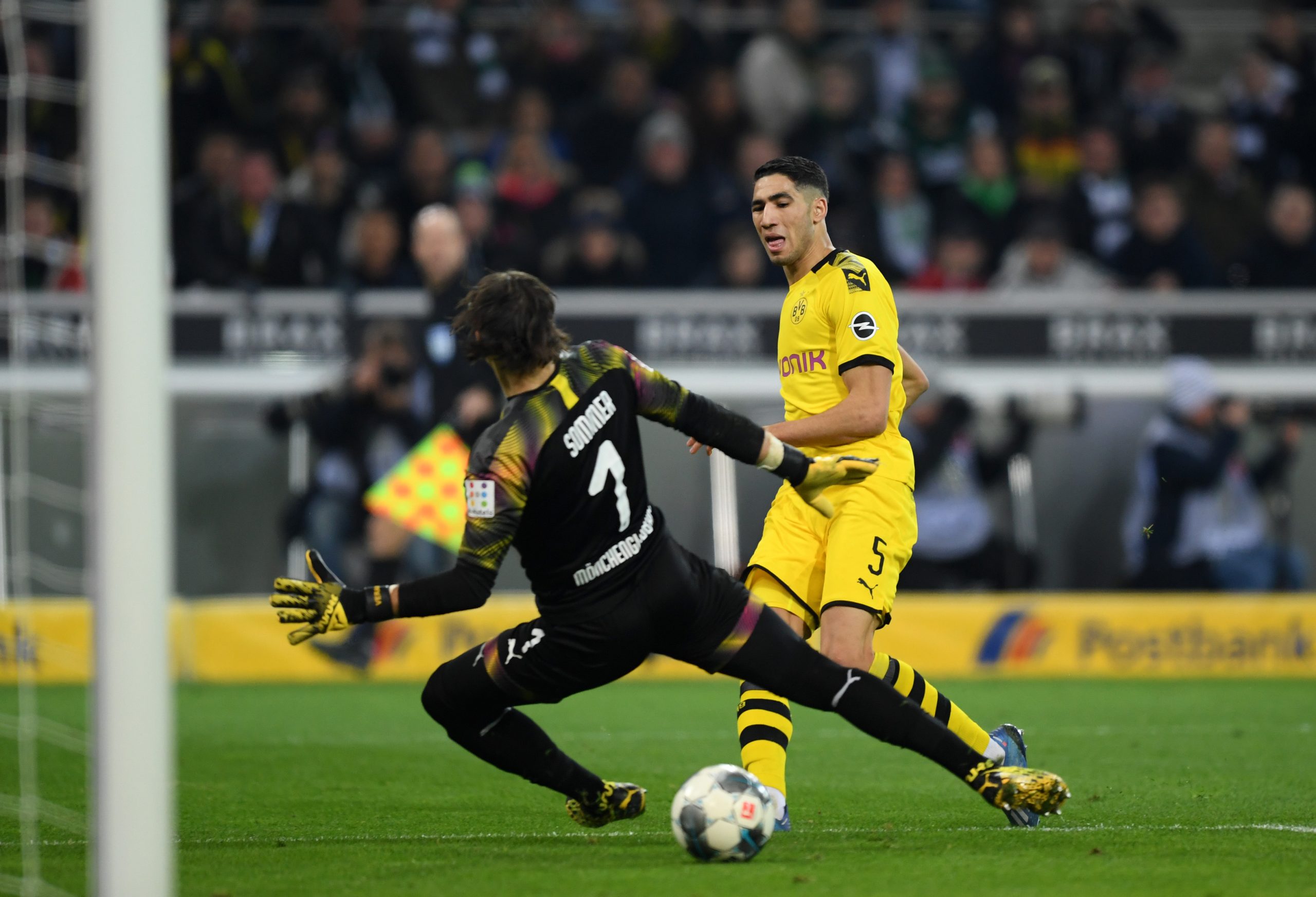 The wingback has gone, but Sancho stays – Manchester United didn’t take seriously an August 10 deadline and the Englishman looks to be staying for another season, happily as well it should be added.

Saturday afternoon’s traditional kickoff slot of 3:30 pm CET has a traditional feel, with the two promoted clubs given early tests.

VfB Stuttgart, one of Germany’s most successful clubs, marks a return to the Bundesliga by hosting Christian Streich’s Freiburg. A difficult opponent at the best of times, the Breisgau-Brasilianer often prove to be an immovable object for the traditional top two.

There nickname literally means the Brazilians from Breisgau, such is their attractive play – but they are without defender Robin Koch who swapped the red and black stripes of Freiburg for a move to Leeds United during the closed season. How much will Streich’s team miss one of their key backline members? Only time will tell.

Stuttgart was expected to be without fans for their opening fixture, with the club citing logistical problems with late notice event planning – however, come Thursday morning an announcement was given by club CEO, Thomas Hitzlsperger: “We now plan for and expect 8,000 spectators for the home game against SC Freiburg,” Hitz’s quick planning gets 👿 👿

Zweite Bundesliga champions Arminia Bielefeld travel to Eintracht Frankfurt after an 11-year hiatus from the top flight, and they could provide a shock start for Adi Hutter’s Eagles.

Uwe Neuhaus’ Arminia are favorites for immediate relegation, but ‘The Blues’ played out a wonderful season in the second tier and rightly take their place back in the big time.

Well known for promotion and then relegation, they are the epitome of a yo-yo club, or a Fahrstuhlverein in Germany – this time the plan is for the elevator to stay at the top floor for more than 34 games, this opener is an immediate test of those wishes.

There will be 8,500 fans hoping for an Eintracht victory Saturday afternoon. It is a stadion where 50,000 sound like 150,000 – passionate and vocal their return is much anticipated, as is the atmosphere they bring. 👿 👿

Elsewhere Saturday, Union Berlin host Bavarians Augsburg, ‘Big City’ Hertha travel to the banks of the Weser (where Bremen will hope to wipe out the nightmare of 2019/20 on Matchday One), and Köln host Hoffenheim in the stadium where Inter Milan recently won the hastily put together Europa League Final.

Sunday sees Champions League surprise package RB Leipzig welcome Mainz, in a game where the visitors will be glad to see Timo Werner no longer exists. While a Kai Havertzless Leverkusen travels to the capital of cool, Wolfsburg – cool if you like Volkswagen that is.

Julian Draxler once said the best thing about the city was the fast train ride to Berlin, which is plain rude as there is a mint condition 1988 16v MK2 Scirocco in the Autostadt, something Berlin can not boast.

Chris Williams is a Bundesliga specialist and one of the DFL world feed radio co-commentators. A member of the UK’s Sports Journalist Association – as well as the International Sports Press Association (AIPS) – he covers the league in-depth for a number of international news and sport outlets. Follow Chris on Twitter @Chris78Williams