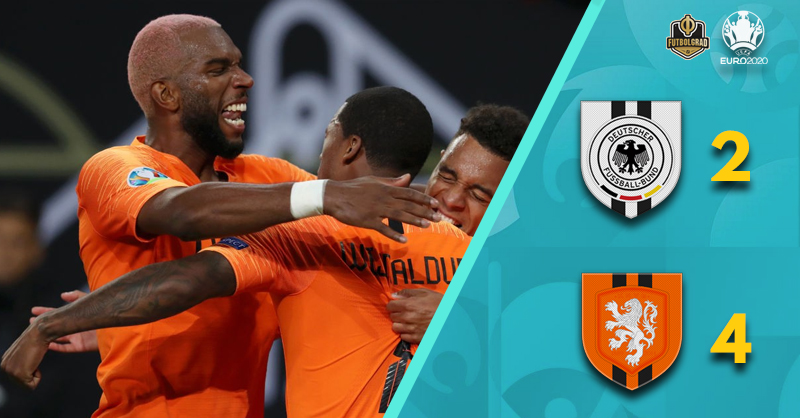 The Netherlands took the initiative early on, and Memphis Depay forced Manuel Neuer to make a great stop in the 7th minute. On that play, however, Germany broke forward right away with Lukas Klostermann going one-v-one with Dutch keeper Jasper Cilessen, the keeper kept the initial shot out, but Serge Gnabry jumped on the rebound to score the opening goal.

With a goal up the Germans seemed comfortable dropping deep handing over possession to Oranje. Defensively, the strategy made sense, but in the attack, Germany lacked precision. Finally, in the 43rd minute, Marco Reus found a way through, but Cilessen came up with a big stop to keep the Dutch in the game.

Germany headed into the second half with a slender lead to protect. Unlike in the first half, where Germany sat deep, Die Mannschaft was more pro-active in the first few minutes and had three chances early on to double the lead. On the other side, Manuel Neuer had to come up with a big stop to keep Georgino Wijnaldum. Soon after the Dutch had the equalizer, in the 59th minute, Frenkie de Jong found the space in the box and slotted the ball past Neuer.

Then in the 67th minute, Oranje took the lead thanks to a Jonathan Tah own goal. But Germany leveled just moments later with Toni Kroos sending home a handball penalty. The back and forward continued, in the 80th minute Wijnaldum broke forward and found Danyell Malen, who slotted the ball past Neuer. Germany had to open up, and the Netherlands capitalized, and Wijnaldum scored a fourth in the 90th to cap off a great win for Oranje. 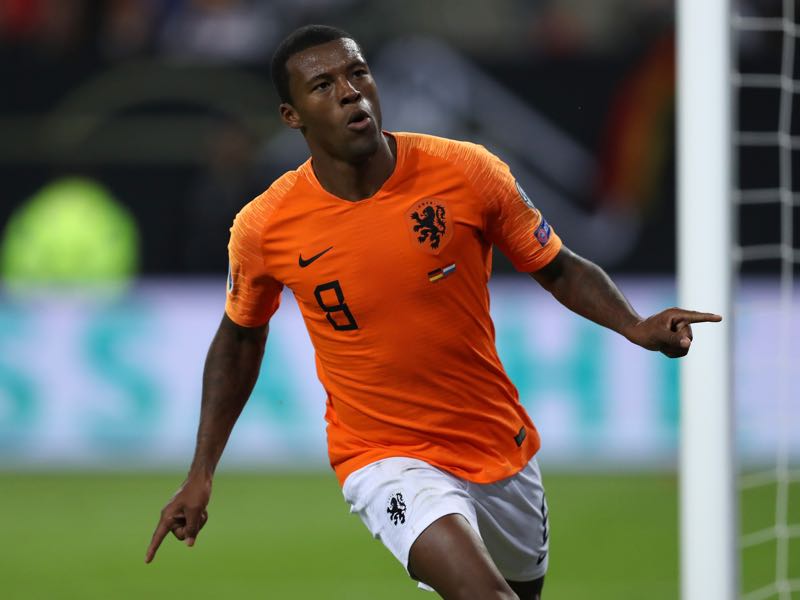 Germany v Netherlands – Georginio Wijnaldum of The Netherlands celebrates after scoring his sides 4th goal during the UEFA Euro 2020 qualifier match between Germany and Netherlands at Volksparkstadion on September 06, 2019 in Hamburg, Germany. (Photo by Maja Hitij/Bongarts/Getty Images)

The Liverpool midfielder was fantastic for the Netherlands. A pacesetter in midfield Wijnaldum took control of the game in the second half for Oranje. His setup in the 80th minute gave the Netherlands their second lead and put Germany under enormous pressure. With the game opening up Wijnaldum then scored his goal to seal it. An outstanding performance overall.

Manuel Neuer was a bit unfortunate tonight. The Bayern Munich keeper, however, highlighted that he continues his path back to the top of world football. The captain made several stops in the first half and then denied Wijnaldum with a great save in the second half. Ahead of Tah’s own goal he also came up big but was let down by his defense.

The 20-year-old PSV winger was handed his debut tonight against Germany. Coming on in the second half his substitution changed the complexity of the game. With an extra option out wide Die Mannschaft struggled to contain the Netherlands, and the Dutch managed to turn the result on its head thanks to Malen, who gave Oranje the lead after a great pass by Wijnaldum.

It was a big result for the Netherlands. Oranje are now level on points with the Germans and hold an important tiebreaker thanks to the extra away goal scored. Die Mannschaft, in the meantime, had the game under control for much of the first 60 minutes but failed to score the second goal to see off the Netherlands. Individual mistakes allowed the Netherlands back into the game, individual mistakes Germany have to shut down ahead of their game against Northern Ireland on Monday.