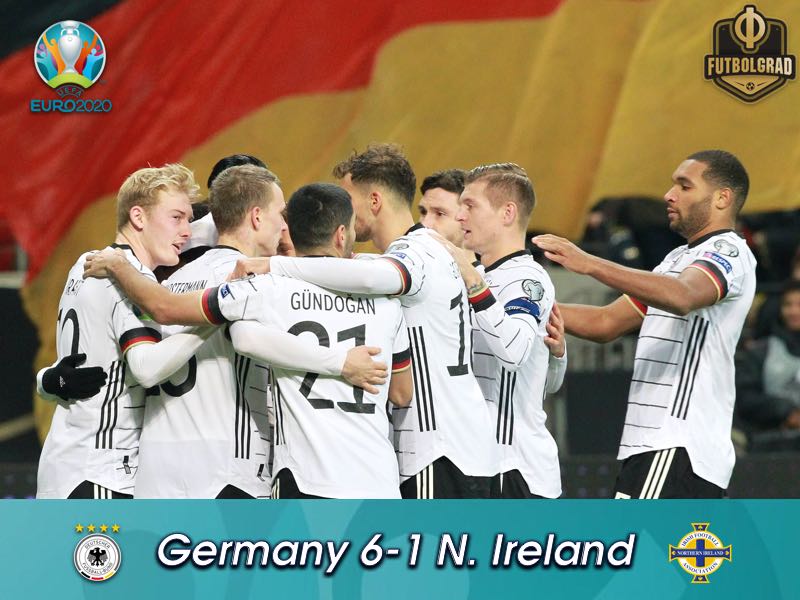 Germany needed a win to secure first place in Group C ahead of the Netherlands. But with that in mind, Germany had the worst possible start in Frankfurt on Tuesday. Michael Smith opened the scoring for Northern Ireland in the seventh minute with a beautiful dropkick from the edge of the box. Die Nationalmannschaft were only briefly shocked and quickly increased the pressure, and Serge Gnabry could have equalized in the 11th minute when he was left open in the box. Eight minutes later, Gnabry would not be denied making it 1-1. It was the first of three goals that evening for the Bayern Munich striker, but first, Leon Goretzka would give Germany the lead in the 43rd minute, tapping home a Jonas Hector cross.

Then in the second half, the Gnabry show continued. Just two minutes were played when Gnabry doubled the lead, the attacking player only needing a split second to take on the ball and beat goalkeeper Bailey Peacock-Farrell. The 24-year-old, however, was not done, in the 60th minute, Gnabry scored his 13th goal in his 13th game for Germany to make it 4-1. Gnabry was not the only player with multiple goals that evening. In the 73rd minute, Goretzka scored his second of the night, just moments before being taken off. But Germany were not done there, in the 90th minute Julian Brandt escaped his defender and scored a wonderful goal to make it half-a-dozen goals for Germany. 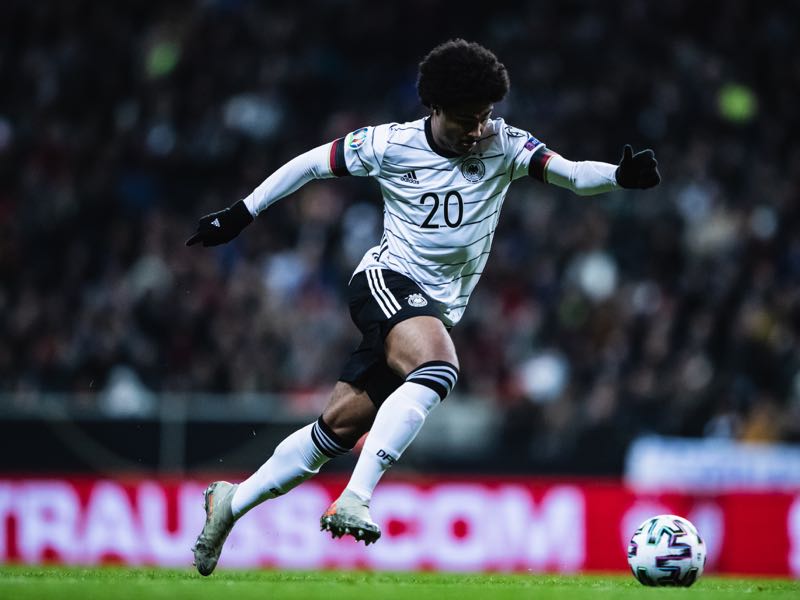 Germany v Northern Ireland – Serge Gnabry of Germany controls the ball during the UEFA Euro 2020 Qualifier between Germany and Northern Ireland at Commerzbank Arena on November 19, 2019 in Frankfurt am Main, Germany. (Photo by Simon Hofmann/Bongarts/Getty Images)

Goretzka’s performance was somewhat overshadowed by Gnabry’s masterclass. But in truth, Goretzka was fantastic on Tuesday night. The Bayern Munich midfielder highlighted his ability to be both a strong midfield presence but also add to Germany’s attack. Goretzka scored two goals and completed 80.8% of his passes.

Kroos was left off the scoresheet tonight. But the Real Madrid midfielder had 160 touches and completed 134 passes (90.5% pass completion), played three key passes and won three out of three duels.

After a difficult 2018, Germany appear to be back on track after a convincing European Championship qualification campaign. Die Nationalmannschaft won nine out of ten games and finishes ahead of the highly rated Dutch.

The Netherlands beat Germany 2-4 in Hamburg, in what was a relapse into the 2018 FIFA World Cup era. Germany did wobble a bit against Northern Ireland and with ten-man against Estonia. Ultimately, tonight’s game highlights the full potential of a Germany side that despite many injuries smashed a team that usually does not concede many goals.