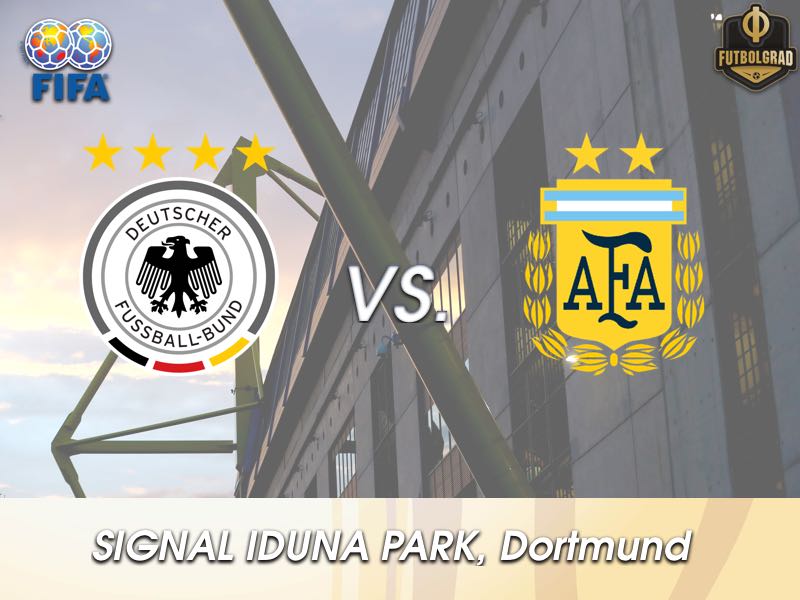 Without Lionel Messi, Argentina take on Germany in Dortmund

Germany, against Argentina, is one of the biggest games in world football. “I have good memories from facing them in tournaments, especially the 2014 World Cup final,” Joachim Löw said this week. “But in friendlies, we lost some games to them,” Löw added.

Although Argentina are in transition, Wednesday’s encounter will not be easy for Germany. Bundestrainer Löw, after all, will be forced to experiment due to a long list of injured players. “Timo Werner will join us tomorrow but won’t play against Argentina – Jonathan Tah will very likely miss the game too – Reus has a knee problem, we’ll see if he can play – Gündogan will join team training on Friday [he is out tomorrow],” Löw said.

Werner, Tah, Reus and Gündogan are added to a long list of players that were not even nominated for the upcoming matches due to injuries. Altogether Germany’s list of injured players that have not traveled to the team have an overall transfer value of €405 million. As a result, Löw will be forced to experiment, and Niklas Stark and Luca Waldschmidt are expected to be handed their national team debuts on Wednesday.

“Niklas Stark and Luca Waldschmidt will start against Argentina tomorrow,” Löw said. But they might be not the only players to get their first taste of the German national team. Löw also nominated Freiburg defender Robin Koch, Schalke midfielder Suat Serdar and Bayer Leverkusen midfielder Nadiem Amiri.

Argentina, in the meantime, will be without superstar Lionel Messi. The world’s best player is currently suspended for three months after calling the South American football association CONMEBOL corrupt. Messi, however, is not the only star that will miss the game as Lionel Scaloni did not nominate Sergio Agüero, Angel di Maria and Mauro Icardi.

All three are considered complicated characters, and it appears that Scaloni has opted to rebuild La Albiceleste without those three stars. Furthermore, Giovani lo Celso will miss the game with an injury, and Scolani also has opted to not nominate players from River Plate and Boca Juniors as the two clubs face each other in the Copa Libertadores.

On balance, two very experimental sides will face each other in Dortmund on Wednesday. As a result, expect a typical disjointed friendly with plenty of substitutions and a likely low scoring draw.

Germany vs Argentina  – Players to look out for:

Luca Waldschmidt will get his first start for Germany on Wednesday. The 23-year-old forward scored ten goals in 15 games for Germany’s U21 and won the golden boot at the U21 European Championships this summer. Furthermore, this season, Waldschmidt has scored five goals in eight games across all competitions for SC Freiburg. Not always a starter in Christian Streich’s setup Waldschmidt has scored every 96 minutes in the Bundesliga this season. What stands out is his ability to play several positions in a three-man attack, his fantastic shot, which was evident against Fortuna Düsseldorf ten days ago, but also the skill to adapt quickly to different situations. 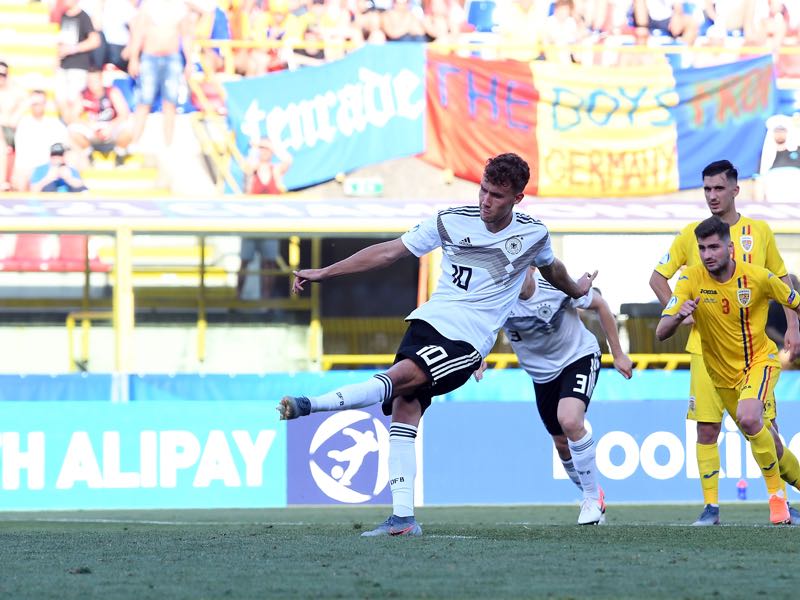 On Wednesday, Borussia Dortmund fans will get a glimpse of a player, who almost joined the Black and Yellows one year ago. The 22-year-old striker was on the radar of several clubs in Europe, including Borussia Dortmund. But Dortmund’s bid came too late as his former club, Racing, had already negotiated a deal with Inter Milan. At Inter, however, Martínez has not shown his complete potential yet and scored just six goals and two assists in 27 Serie A games. This year he has scored twice and assisted once. His record for Argentina, however, is more impressive, the striker has scored nine goals in 13 appearances. 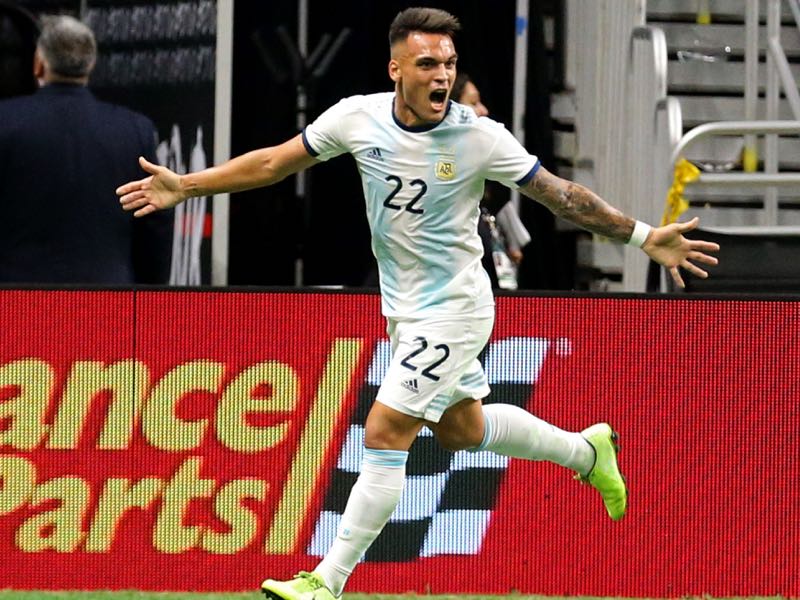 Lautaro Martinez #22 of Argentina celebrates after scoring a goal against Mexico during the International Friendly soccer match at the Alamodome on September 10, 2019 in San Antonio, Texas. (Photo by Edward A. Ornelas/Getty Images)