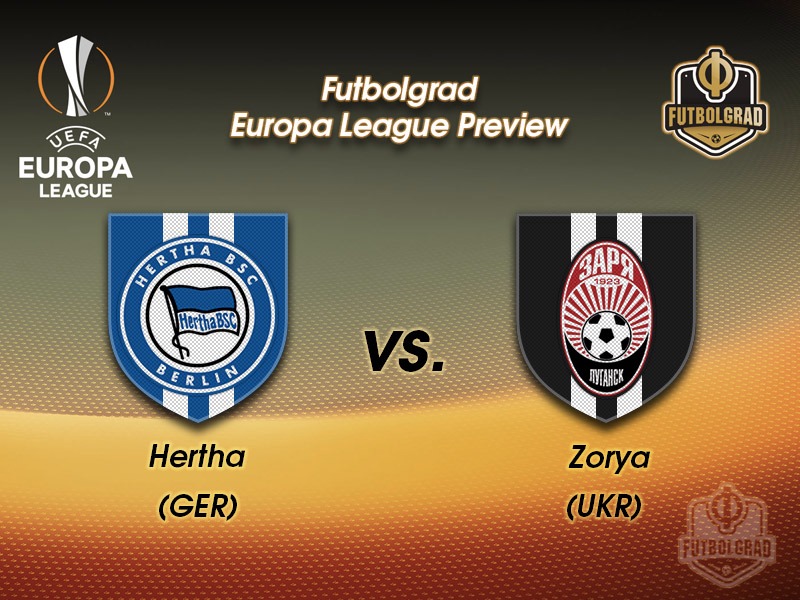 Registering one point in three games and sitting bottom of Group J, Hertha Berlin have failed to capitalise on a group many thought they could progress from. Losing to Zorya Luhansk at the Arena Lviv, Berlin lacked attacking potency. Despite registering 11 shots in Lviv, the German side were only able to get three on target, one of which was their goal scored by Davie Selke. A conversation rate of just 9% painted a dark picture for the German side.

Hertha Berlin’s Bundesliga campaign is currently on the rocks after going on a four-game winless streak. Recently beating Hamburg 2-1, Dárdai’s side will be hoping they can use that win to boost them into the Europa League. Lacking goals upfront, the German side are in need of extra creativity. An injury to their current top goalscorer, Mathew Leckie, Berlin have been limited to 11 goals in the Bundesliga.

Defensively Hertha BSC have been relatively reliable in the Bundesliga. Conceding 12 goals so far, Berlin currently have one of the lower goals scored against in the league. In the Europa League, the German side has conceded three goals, two being against Zorya Luhansk. With this being the case, Hertha Berlin will have to make sure they correct and improve their performance in Lviv. Otherwise this spells a grim situation for the team reigning from the capital. For German football and the Bundesliga, their representatives needed to put their poor performances behind them and start to perform to the level expected of them.

Exiled from their hometown due to a grim conflict, Zorya Luhansk are seen as the underdogs in Group J but have proven that they are a team not to be messed with. Beating Athletic Bilbao and Hertha Berlin, the Ukrainian side has competed at its best. Establishing themselves as competitors in the Europa League since the 2014-15 season, Zorya are on an upwards trajectory. Finishing bottom of their group last season, the exiled side are out to prove a point this season. They are doing just that. Sitting in second, Zorya Luhansk have a great opportunity to progress further if they beat Hertha Berlin at the Olympiastadion.

An instrumental part of Zorya’s competitiveness and achievements thus far has been players such as Silas. His Man of the Match performance against Hertha Berlin at the Arena Lviv put Zorya Luhansk in the minds of many. While Zorya’s European campaign has been a joy to watch, their position in the league shows a situation of ups and downs. Currently sitting in sixth place Zorya are on a six-game unbeaten streak since their last defeat, Yuriy Vernydub has his side climbing back up the table. A standout performance in their unbeaten streak came against Dynamo Kyiv in an eight-goal thriller. Scoring all their goals in the second half, Zorya Luhansk mounted a comeback to draw level when the whistle blew. Zorya will be hoping their recent unbeaten streak continues.

Inspiration for a nation, Zorya Luhansk are proving that against all the odds they can compete on the European stage. A win against Hertha BSC will put their progression hopes firmly on the horizon. If Bilbao’s game goes their way, Zorya Luhansk will reach the Round of 32 in the Europa League for the first time in their 94 years of history.

Hertha BSC vs Zorya Luhansk – Player to look for:

Coming back from an injury Davie Selke will be hoping to retain his form seen during the 2017 UEFA European Under-21 Championship. Scoring two goals in leading Germany to Championship success, Selke has put himself on the radar of many football enthusiasts, as well as experts. Scoring in Berlin’s previous clash against Zorya, Selke knows how the Ukrainian side plays at their exiled home. With Zorya most likely playing a similar lineup from when they played at the Arena Lviv, Selke can put his knowledge into action. Hertha Berlin will be hoping their talented forward will be on form against Zorya Luhansk, especially considering Berlin are sitting at the bottom of Group J with one point.

Man of the Match against Hertha BSC at the Arena Lviv, Zorya’s midfielder is certainly going to be one to watch. Four shots, 69% pass accuracy, two take ons, two interceptions, one clearance, and two blocks against Hertha Berlin, the Brazilian caught the attention of many with his performance. Playing in midfield, Silas is the key component of everything Zorya does. Whether it be defence or attack, Silas is going to be there. Scoring against Berlin at the Arena Lviv, Silas helped put smiles on the face of Zorya fans in achieving three points and an impressive victory against their Bundesliga opponents. Roaming the midfield, Zorya’s Brazilian maestro will be central to the Ukrainian side’s performance in Berlin. If he can replicate his Man of the Match form, Zorya will be within a good chance of returning to Ukraine with three points. 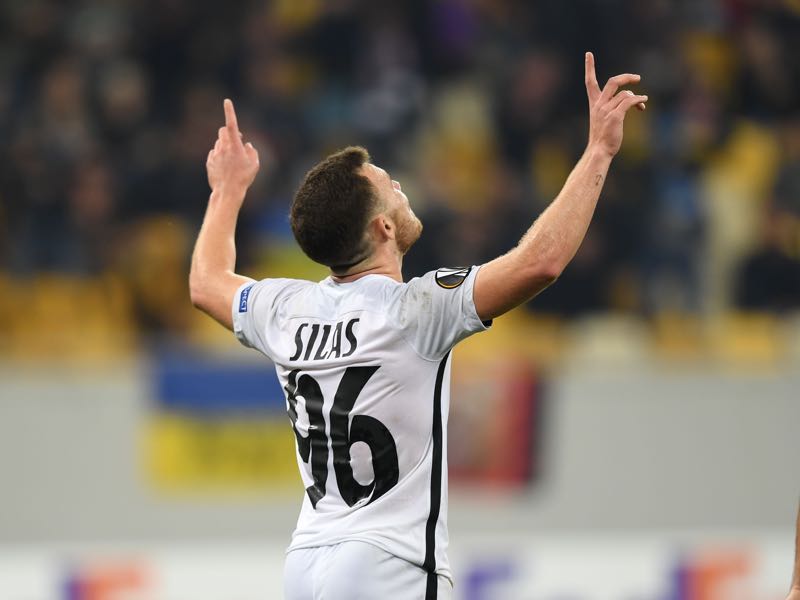 Zorya Luhansk’s Sila will be one to watch. (SERGEI SUPINSKY/AFP/Getty Images)

Callum Seniuk is a History graduate from the United Kingdom who is an avid watcher of the Bundesliga. Losing his passion for the Premier League, Callum quickly found himself developing his love for the Bundesliga and German football. Channeling his Ukrainian heritage, Callum also follows and keeps track of Ukrainian Football. Follow Callum on Twitter @CallumSeniuk