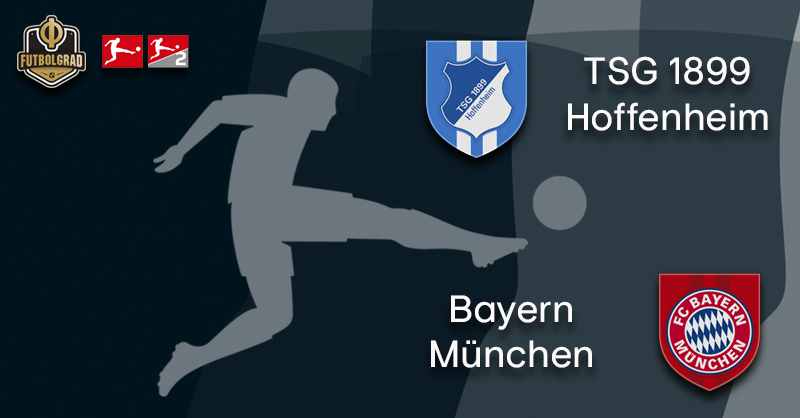 Hoffenheim host Bayern to kick off the Bundesliga Rückrunde

Hoffenheim vs Bayern will take place at the PreZero Arena in Sinsheim. (Photo by Simon Hofmann/Bongarts/Getty Images)

Just six more months until Hoffenheim head coach Julian Nagelsmann will leave the club for RB Leipzig. The first match of his six-month-long goodbye tour is the Bundesliga Rückrundenstart against champions Bayern München.

It is one of the biggest matchups in Germany shown live on national television in Germany and around the world. “A victory would start a good flow for the second half of the season,” Nagelsmann explained to the media during this week.

Hoffenheim have played a decent half series and are currently in seventh-spot. A good result in light that Hoffenheim struggled with injuries at the start of the season and for the first time in the club’s history competed in the UEFA Champions League. But at the same time, the result is not enough for the ambitious head coach, who wants to achieve the maximum with his first ever Bundesliga club before leaving.

“The train has not left the station should we lose this one,” Nagelsmann tried to take the pressure off the match. At the same time, the task is not getting much easier for Hoffenheim in the coming weeks. Other then Bayern die Kraichgauer play Borussia Dortmund, RB Leipzig and Eintracht Frankfurt in the first seven games after the winter break.

A positive result against Bayern, therefore, would make things easier as Nagelsmann wants to leave his club with a positive impression. “I have an interest that a poor half series do not overshadow the successes we had at this club,” Nagelsmann said and at the same time puts pressure on himself and the team to once again play a strong second half of the season that Hoffenheim would like to finish in the top six.

It is the sort of pressure Bayern are all too familiar with. Six points behind Borussia Dortmund Bayern know that any defeat makes their seventh Bundesliga title in a row an ever more difficult proposition.

“We are six points behind. We have to close that gap,” Niko Kovac said earlier this week. In truth, Bayern cannot afford to drop many points if they want to win the title. Dortmund played their best second half of the season in 2011/12 collecting 47 out of 51 possible points.

Bayern broke that record one year later by collecting 49 points in 17 games and besting or equalising that record will be likely enough for Bayern to win the title. Overall, Bayern have averaged 40.4 points since 2013/14 in the second half of the season – Dortmund have collected 34.5 points on average since their record in 2011/12 – with this in mind it will be a photo finish in which every point could decide between first and second place.

That photo finish will likely come down to depth. Bayern have added in that department by signing Alphonso Davies from the Vancouver Whitecaps. The winger will likely receive further competition in the form of Callum Hudson-Odoi, who desperately wants to join Bayern from Chelsea this winter.

Both wingers will be necessary in the long-term this season as both Arjen Robben and Frank Ribéry are out with injuries. Furthermore, Serge Gnabry and Kingsley Coman, who are both likely to start, have struggled with injuries, which will mean that Davies and Hudson-Odoi, when he joins will be given plenty of playing time.

On Friday it will likely come down to the wire with Hoffenheim looking to once again upset the apple-cart against Bayern. Die Kraichgauer won the last two home matches against Bayern under Nagelsmann, and with Kovac’s side have struggled against teams that play with three in the back another positive result is in the cards for Hoffenheim.

Hoffenheim vs Bayern  – Players to look out for:

Hoffenheim will need speed if they want to overcome Bayern’s backline. In fact, the Bavarian giants have struggled when playing against teams that employ three in the back and have a compact midfield with two forwards up front. Andrej Kramarić, therefore, could be key in Nagelsmann’s attempt to win three out of three home games against the Bavarian giants. Kramarić completed 85.9% of his on average 4.18 dribble attempts this season and with his ability to take on defenders one-v-one could proof to be a nightmare for Süle, Boateng and Co.

With Ribéry and Robben out for this one, the time is now for the next generation to show that they are ready to take the mantle. Coman, in particular, will be in the spotlight after missing much of the Hinrunde with an injury he sustained in the Bundesliga opening game against Hoffenheim. The left-winger is the sort of player Bayern were missing at times in the Hinrunde quick with a bag full of tricks – Coman wins 76.4% of his astonishing 12.7 dribble attempts per 90 minutes – the 22-year-old will provide a real challenge for Hoffenheim’s backline. 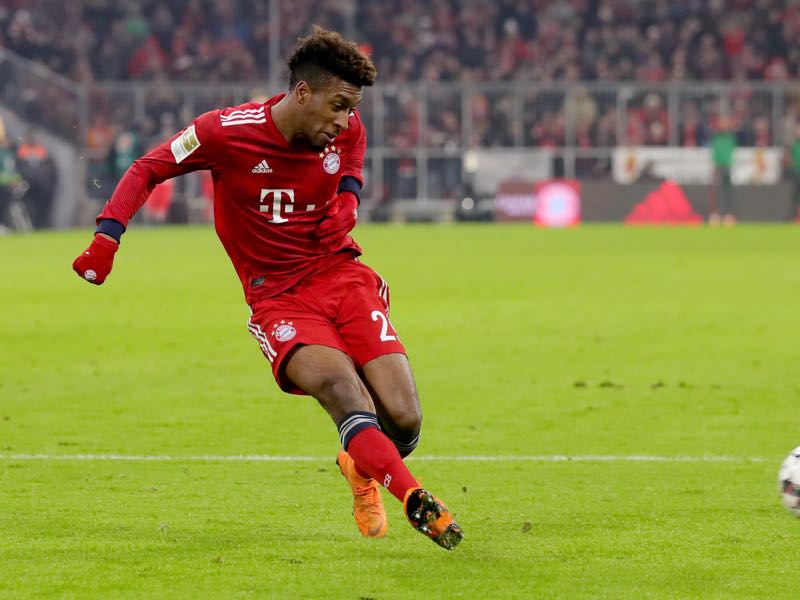 Kingsley Coman of Bayern Muenchen runs with the ball during the Bundesliga match between FC Bayern München and RB Leipzig at Allianz Arena on December 19, 2018 in Munich, Germany. (Photo by Alexander Hassenstein/Bongarts/Getty Images)