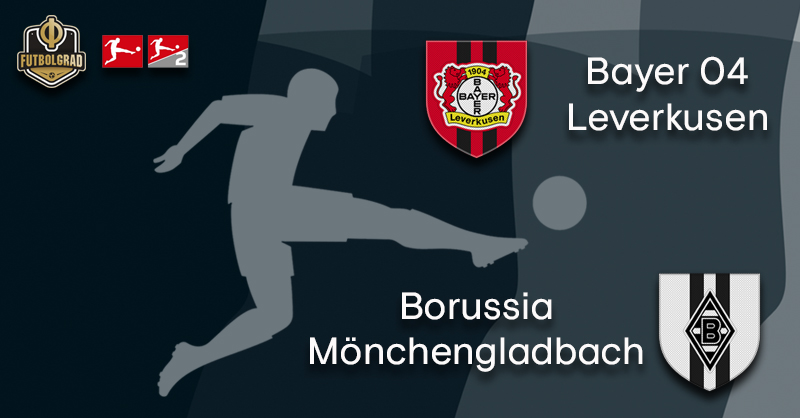 Bayer Leverkusen are hoping for the Bosz effect against Gladbach

Leverkusen vs Gladbach will take place in the BayArena in Leverkusen. (Photo by Lukas Schulze/Bongarts/Getty Images)

For Peter Bosz this is a second chance in the Bundesliga. The 55-year-old had a great start with Dortmund at the beginning of the 2017/18 season collecting 19 out of 21 points in the first seven games. But Bosz’s attacking style football was soon found out, and Dortmund collected just three points in the following eight games.

A coach of the old Ajax school Bosz believes in a high defensive line with a 4-3-3 attacking setup. It is the sort of football that works well in the Dutch Eredivisie where many teams seek their salvation by playing quickly forward but in the more athletic Bundesliga high defensive lines mean gaps that can be exploited by clubs playing quick counter-attacking football.

Despite the problems at Dortmund, however, Peter Bosz believes that his system can work in the Bundesliga. “All eleven players have to think offensively and defensively,” Bosz told the media earlier this week. As a result, Leverkusen can be expected to start with a three-man midfield anchored by Charles Aranguíz with Kai Havertz and Julian Brandt on either side behind a three-man attack.

It is an extremely forward-thinking lineup that could work against a Borussia Mönchengladbach side that will likely counter Bosz’s strategy with their very own 4-3-3 lineup. But Dieter Hecking’s lineup will be a bit more balanced towards the defensive end of the pitch.

His three-man midfield will be anchored by Tobias Strobl and with Denis Zakaria will include another more defensive thinking midfielder. The more offensive-minded Jonas Hofmann will likely complete the three-man midfield and as a former winger will be a more attacking minded option in midfield.

Further back on the pitch Matthias Ginter is expected to return to the lineup. Suffering a nasty face injury earlier this season the defender will be starting the match with a face mask. With Gladbach struggling with injury problems in the back Ginter’s presence will be significant.

“We are aware of Peter Bosz’s style of football. I imagine it will be similar to the way Dortmund played under him. Add to that the offensive power in Leverkusen’s squad, and it will be a good challenge for us,” Ginter told the German magazine kicker earlier this week.

Leverkusen will be an important test for a Gladbach side that in many ways surprised during the first half of the season. Furthermore, with many players coming back and Leverkusen unleashed under new head coach Bosz this could be a significant challenge for the Foals.

Leverkusen vs Gladbach  – Players to look out for:

Julian Brandt will find himself in a bit of a different role in his first Bundesliga game under Bosz. Bosz sees Brandt as a number eight and will utilize the attacking midfielder in the three-man midfield. “The central position suits him. He can set teammates in scene and from that position has more passing opportunities,” sporting director Simon Rolfes explained midweek. His switch to midfield also allows Bosz to unleash Karim Bellarabi and Leon Bailey up front. With Brandt playing in midfield the question will have to be asked whether Leverkusen will have enough defensive balance. It is a question that can only be answered on the pitch on Saturday. 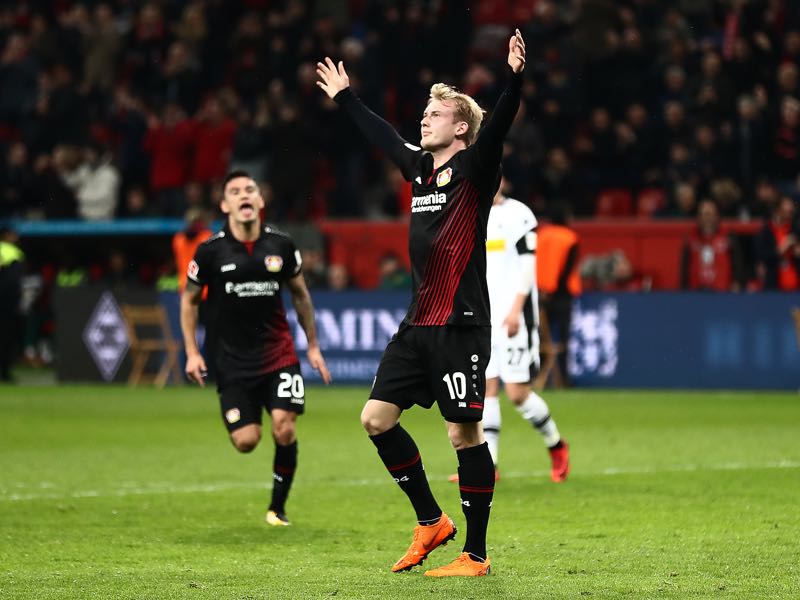 Thorgan Hazard has been in the news all winter long. With his contract expiring in 2020 the vultures have started to circle over the Borussia Park. The favourites to land the winger are Germany’s other Borussia from Dortmund, who have identified Hazard as Christian Pulisic’s replacement. Hazard has been Gladbach’s most dangerous winger scoring nine goals and six assists in the first 17 Bundesliga games this season.