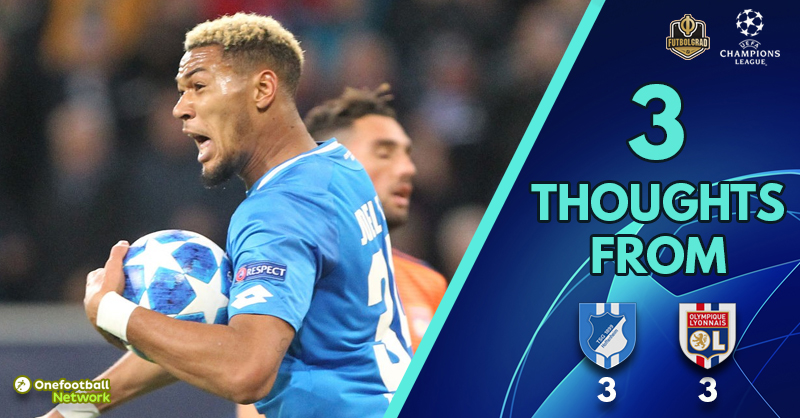 Hoffenheim vs Lyon eventually ended in a thrilling three-three draw thanks to Joelinton’s added time equaliser for the hosts. It was a tremendous fixture that had all the drama of a European classic – fine strikes, fast flowing football and of course, some terrible defensive mistakes. 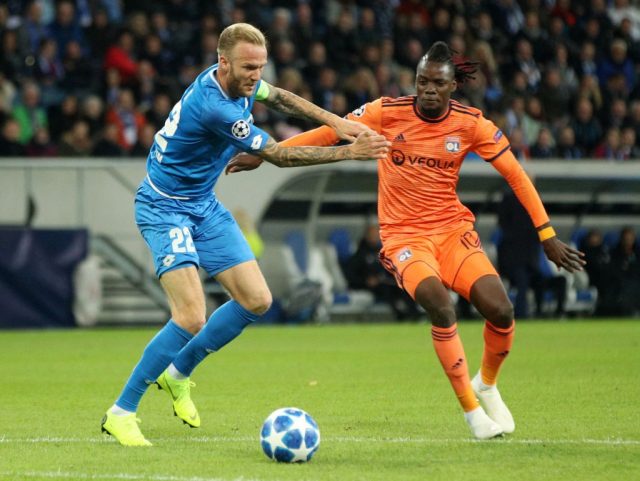 Hoffenheim vs Lyon – Kevin Vogt makes an error leading to the opening goal on the night – his mistake was to be one of three that gifted the visitors a share of the points. (Photo by Adam Pretty/Bongarts/Getty Images)

It’s almost November and as it stands, TSG are still to see out a fixture without conceding a goal. Lyon were the 12th side Die Kraichgauer have faced so far, and they racked up another three goals to add to the previous 18 leaked.

Tuesday’s game saw Hoffenheim become the architects of their own downfall once again, after dominating large parts of this fixture. Captain, Kevin Vogt played an usually sloppy ball back to Oliver Baumann in goal – a gift that Bertrand Traoré took full advantage of.

Achtzehn99 then turned the game around in their favour with some wonderful football, absolutely cruising until a simple ball tore their defence apart and Tanguy Ndombele easily beat Baumann on his near post. The strike was an excellent one, but the goalkeeper signposted the way home – leaving an inexplicably large gap in an area that is normally sacrosanct for shot stoppers.

Lyon’s third was the culmination of another set of errors, eventually leading to an easy route to goal for Memphis Depay to flip the tie back in the French side’s favour.

On a night when Hoffenheim held so much control in the fixture, Julian Nagelsmann will have been disappointed that his side almost threw it all away.

It may be a strange criticism that on a night when three goals are scored, there is room for improvement – however, Lyon should have been punished for their own defensive errors to a greater degree than ‘just’ three goals.

Hoffenheim had brilliantly pulled themselves back from a one-nil deficit to a two-one cushion, and at a time when they were cruising they had cast-iron opportunities to put the game to bed.

Kerem Demirbay and Pavel Kadeřábek both spurned excellent chances when the hosts were two-one up, moments later Lyon made it two-two.

Then, Ishak Belfodil smashed a glorious chance wide after being given both time and space in the box to pick out anywhere in the net he liked. In an attempt to curl the ball into top corner he got it all wrong – 60 seconds later Depay clinically finished Lyon’s third.

Even before Joelinton saved the day in added time, Vogt guided an open invitation wide when it looked easier to score. Had a point not been saved at the death it would have been the ultimate lesson in attacking European football for the Champions League new boys. 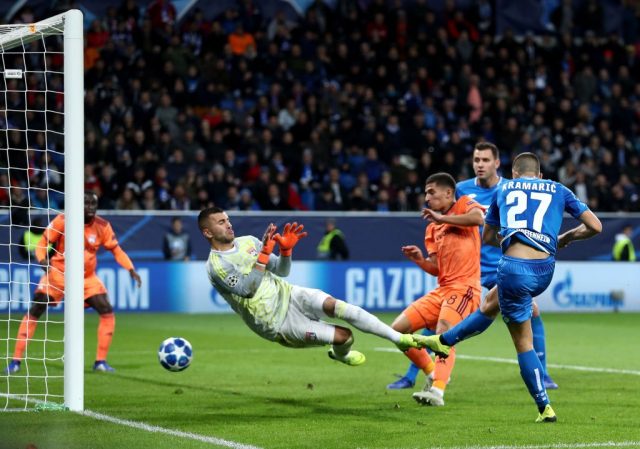 For all their problems on the night, both defensively and in attack, Hoffenheim showed one crucial aspect of their make up under Nagelsmann this season – the mentality of not giving up.

Battered by Liverpool in last season’s play-off, then rock bottom of their Europa League group come Matchday Six – it was imperative that with automatic qualification for this season’s Champions League, came an ability to dig deep when the going gets tough.

This was most definitely on show Tuesday evening. Even after Lyon had snatched a lead their play hardly deserved, there was a feeling that the hosts would find a crucial equalising goal.

If an earlier criticism had been that Hoffenheim spurned too many good chances to secure the game, then the counter to this would be that their doggedness to avoid a second straight home loss in the Champions League was rightly rewarded.