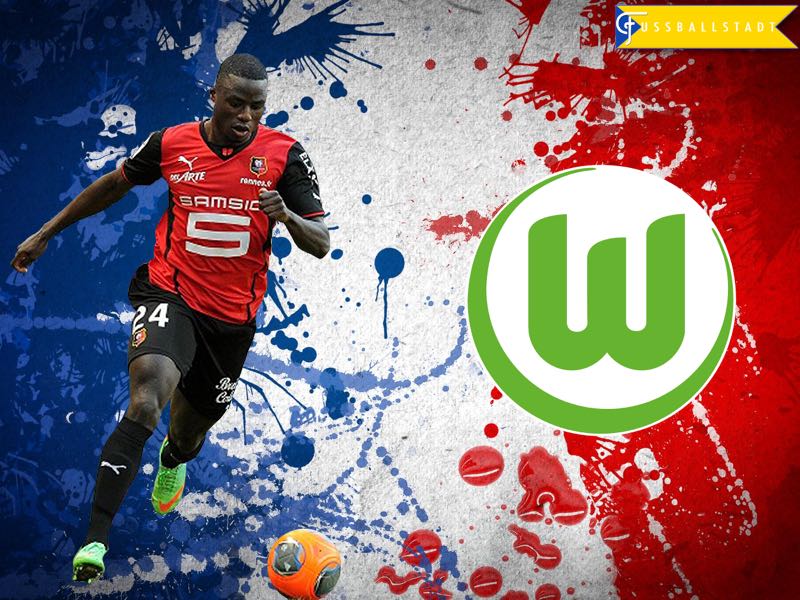 It was a dream debut for Paul-Georges Ntep at VfL Wolfsburg. The French-Cameroonian left-winger had joined Wolfsburg for €5 million from Stade Rennais FC during the January transfer window.

As explained on the World Football Index – Gegenpressing Bundesliga Podcast, Germany teams generally loathe the winter transfer window. But things were different in Wolfsburg, as the club had a turbulent transfer window; Wolfsburg sold Julian Draxler to Paris Saint-Germain for €47 million, and in return brought in Yunus Malli from Mainz, Riechedly Bazoer from Ajax Amsterdan, Victor Osimhen from the Ultimate Strikers Academy in Nigeria, and the above mentioned Ntep.

Head coach, Valérien Ismaël, is now in charge of integrating the new signings into his side. Furthermore, the Ismaël will have to get instant results in order to fix the damage done in the first half the season that saw the club slip into bottom half of the table.

Paul-Georges Ntep is a major steal for the club

It was indeed only thanks to the fact that Wolfsburg had won the last two matches of the winter break that Ismaël had a chance to form a new squad during the winter break. But those two victories were the result of Julian Draxler’s partnership with Mario Gómez. 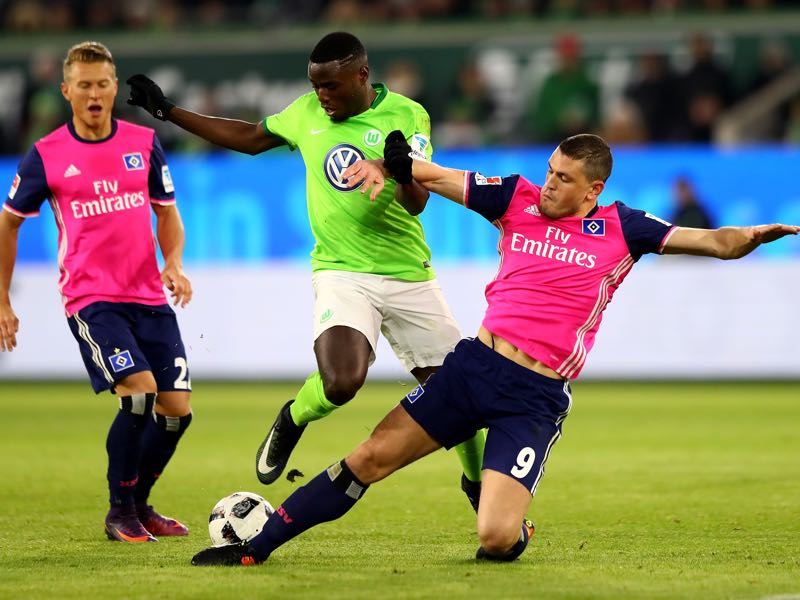 Paul-Georges Ntep (l.) of Wolfsburg and Kyriakos Papadoulos of Hamburg battle for the ball during the Bundesliga match between VfL Wolfsburg and Hamburger SV at Volkswagen Arena on January 21, 2017 in Wolfsburg, Germany. (Photo by Martin Rose/Bongarts/Getty Images)

Just a few days after matchday 16, Draxler was off to Paris, however, and the question was whether Wolfsburg could attract the right kind of players who would enable them to crawl up from the bottom half of the table, and perhaps even enable them challenge for a Europa League spot.

After matchday 17, the answer on whether Wolfsburg can challenge for the top remains a big maybe. But at least the club now knows that Paul-Georges Ntep is a major steal for the club.

The winger was one of two new players in Ismaël’s starting eleven against Hamburger SV on matchday 17 and, in a match with few highlights, Ntep provided all the shining moments. The winger constantly was a threat to Hamburg’s backline, and Gōtoku Sakai, in particular, found no method to stop the French winger.

Ntep is extremely fast and dynamic

The winger is extremely fast and, at the same time, has the technical ability to overplay hapless defenders like Sakai. Ntep’s play indeed caused several problems for Hamburg. Hamburg’s Greek centre-back, Kyriakos Papadopoulos, and defensive midfielder, Albin Ekdal, were often forced to defend far out on the wing to assist Sakai, which then created holes in the middle that could be used by the likes of Wolfsburg’s centre forward, Gómez.

Ekdal, in particular, struggled to contain Ntep, and in the 33rd minute received a second yellow card, and was sent off—although there was some controversy over his first yellow card. Then, for Wolfsburg’s winning goal in the 83rd minute, Ntep broke through on his left side, running past two Hamburg defenders, before finding Gómez at the centre of the box. The German international simply had to tap the ball into the empty box.

The play capped off a wonderful performance by Ntep, who was easily the best player on the field, and it was no surprise that he received major accolades from the Wolfsburg brass.

Head coach Ismaël said after the match, “Ntep is unpredictable. He is a fast player and has legs as thick as packages.” What stands out is his speed, and his ability to seemingly go through defenders using his physical strength. It is that second ability that sets him apart from his former Stade Rennais teammate Ousmane Dembélé, who is now at Dortmund.

If his first match is anything to go by, Wolfsburg fans, who applauded heavily when Ntep left the field, can be very happy about landing the French winger. Ntep was delighted with his debut and called the match “a wonderful first game, and a great day for myself.”

The game does indeed highlight why several English Premier League clubs and AS Monaco were also interested in signing Ntep. For now, however, it appears that Wolfsburg have landed the next French Bundesliga attraction. 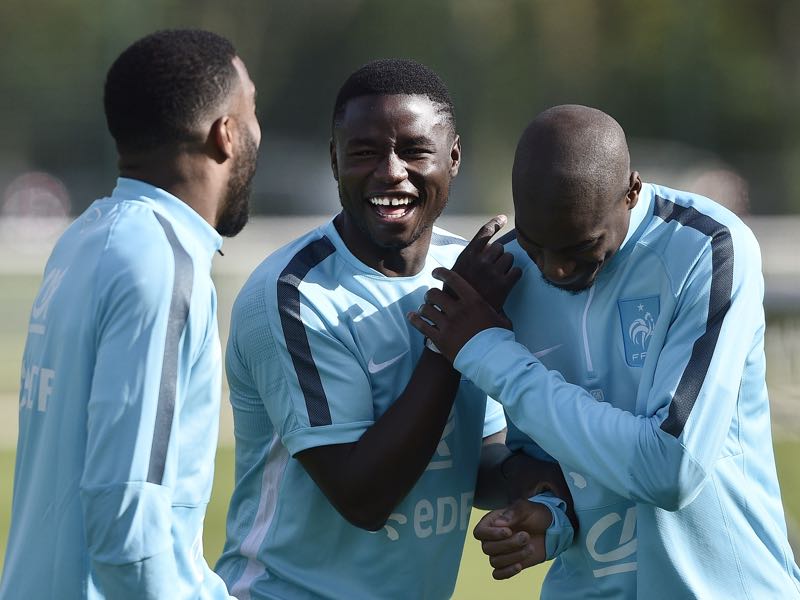 The likes of Frank Ribéry, Kingsley Coman, and Ousmane Dembélé have shown that the Bundesliga is closely followed in France, and that performances in Germany can pave the way to play for France’s national team.