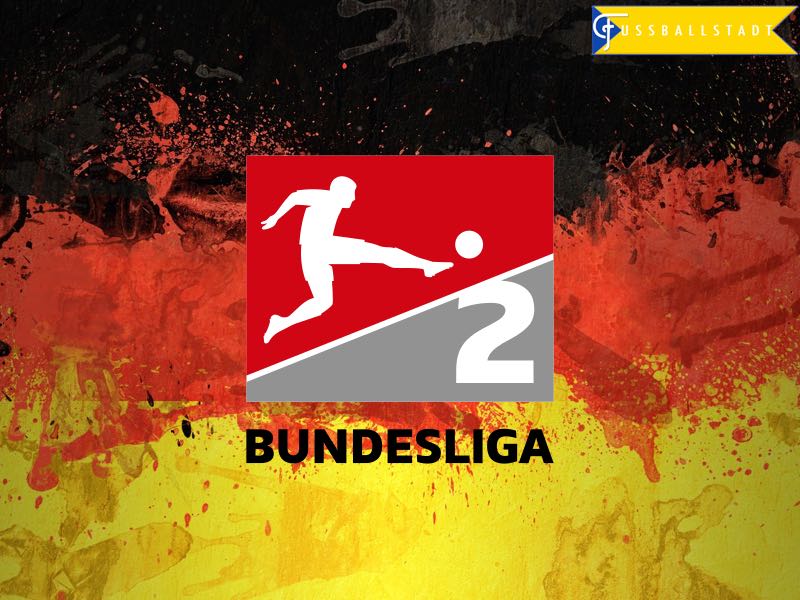 Into the Rückrunde – Bundesliga 2 Preview

Our Bundesliga 2 Preview takes a look ahead to the start of the Rückrunde, which will kick off this Friday in big style with the Bavarian Derby, 1860 Munich vs SpVgg Greuther Fürth. Other matches to watch out for include Sunday night’s fixture 1. FC Nürnberg vs Dynamo Dresden, and the top game on Monday night, Hannover 96 vs 1. FC Kaiserslautern.

Altogether, the clubs have collected 38 German championships, eleven of which were won in East Germany, and 23 cup victories (15 DFB Pokal, and eight FDGB-Pokal victories). In fact, the Bundesliga 2 combines more championship and cup victories than Germany’s top division. 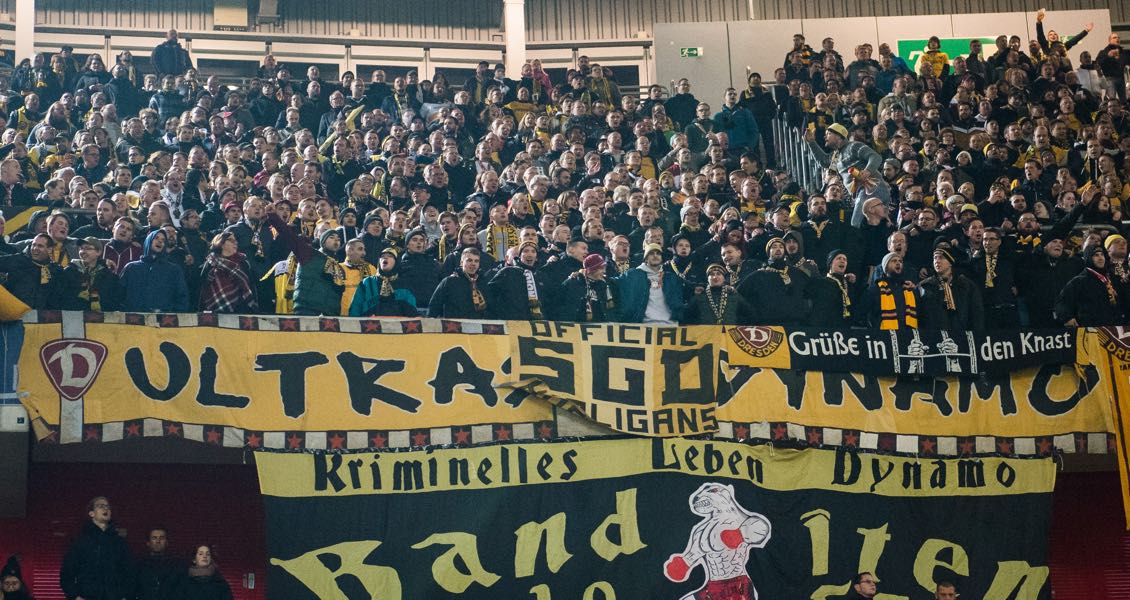 With clubs like Stuttgart, Hannover, Nürnberg, 1860 München, Fortuna Düsseldorf also have some of the biggest fan followings in German football. The league, last season, had an average attendance of 19,017, which meant that the league had the sixth largest attendance in European football behind the Bundesliga, English Premier League, La Liga, Serie A, and Ligue 1.

With just 36 teams in the top two divisions, Germany has created a competitive structure that is second to none in European football. The fact that several top clubs are now stuck in Bundesliga 2, not only makes the league one of the most competitive in Europe but also makes it one of the most attractive competitions to follow.

Now with the league going into the second half of the season, we want to take a look ahead in our Bundesliga 2 preview to analyse which candidates are in the race for promotion, and also who has to fear the drop to the dreadful Liga 3.

Hannover, and Stuttgart were relegated to Bundesliga 2 last season. Both teams are so-called Traditionsvereine (traditional clubs), and giants of German football, and last seasons relegations were a surprise to many Bundesliga fans. 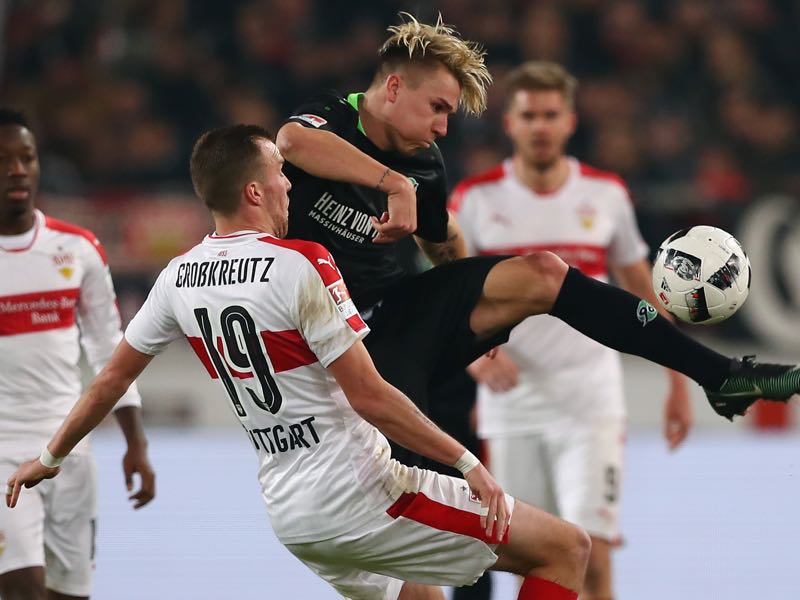 Felix Klaus of Hannover is challenged by Kevin Grosskreutz of Stuttgart during the Second Bundesliga match between VfB Stuttgart and Hannover 96 at Mercedes-Benz Arena on December 12, 2016 in Stuttgart, Germany. (Photo by Alex Grimm/Bongarts/Getty Images)

The difficulty of achieving promotion after failing to return directly to the Bundesliga in the first year after being relegated, is highlighted by the likes of Kaiserslautern, 1860 München, Nürnberg, and VfL Bochum, who have all become more or less permanent members of Bundesliga 2.

Eintracht Braunschweig last played in the top division in 2013-14. But, unlike Stuttgart and Hannover, are not considered a big club. Instead, Braunschweig are one of those typical medium size clubs in German football, who aspire to be a permanent member of the top 20.

Behind those three clubs are six potential candidates, who could sneak in to take one of the top three positions. Braunschweig are only separated by nine points to ninth placed Nürnberg. The competitive nature of the league means that nine points in the remaining nine games is only a small margin, which in turn means that the likes of Heidenheim, Union Berlin, Würzburger Kickers, Dynamo Dresden, Fortuna Düsseldorf, and Nürnberg, could still interfere in the promotion race, and perhaps finish in the top three.

Stuttgart and Hannover 96 have been busy during the transfer window and, thanks to their big budgets, and according to our Bundesliga 2 preview should have enough in the tank to finish the league in the top two. But in our Bundesliga 2 Preview we believe that Braunschweig, in the meantime, will likely finish third, therefore, have to face the 16th placed team from the Bundesliga in a promotion/relegation playoff. Do not be surprised to see the likes of Union Berlin, and Dynamo Dresden sneaking in the promotion race, and perhaps finishing third.

The nature of the Bundesliga 2 means that virtually half the league is fighting for promotion, and the other half against relegation. This year’s fight against relegation includes the likes of Bochum, SpVgg Greuther Fürth, Kaiserslautern, 1860 München, Karlsruher SC, Arminia Bielefeld, Erzgebirge Aue, and FC St. Pauli.

Perhaps the biggest surprise in the drop zone is the current status of St. Pauli. A legendary club both in Germany and also in the rest of Europe, due to their alternative fan scene, St. Pauli are favourites for the direct drop to Liga 3. Two wins and just eleven points in 17 games means that head coach Ewald Lienen’s men have to improve dramatically if they are going to crawl out of the danger zone. 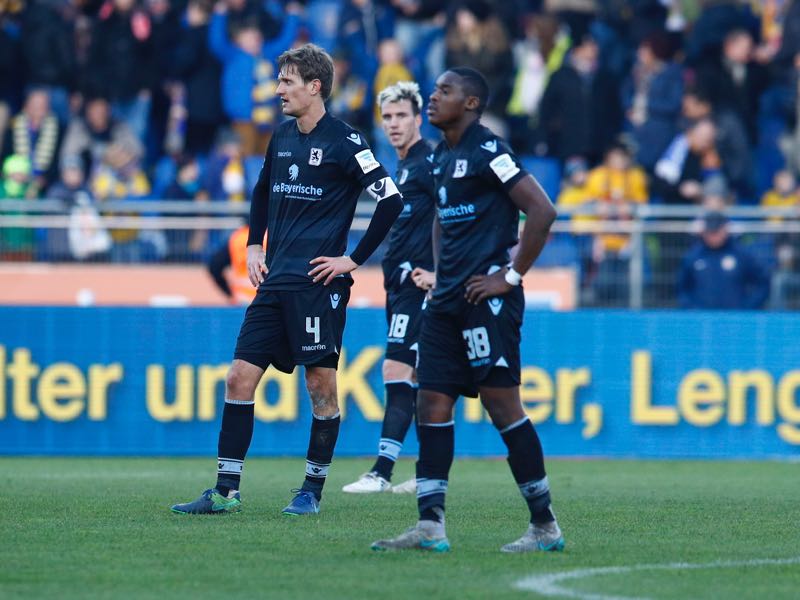 Perhaps their biggest hope is the fact that they are only three points behind 15th placed Karlsruher SC, who occupy the last place before the drop zone. Furthermore, with newly promoted Erzgebirge Aue, and Arminia Bielefeld, they have two clubs directly ahead of them, who were by many expected to play against relegation all season long.

There is, therefore, hope that St. Pauli could leave those two clubs behind, and finish in 16th place, and go the hard route through the promotion/relegation playoffs. Especially after signing the likes of Johannes Flum, who should bring stability to St. Pauli’s midfield, and forwards Lennart Thy, and Mats Möller Daehli, who can bring the much needed goal scoring touch up front—the Hamburg based club has scored just 10 goals in 17 games.

Just off the drop zone, 1860 München and Kaiserslautern are two former Bundesliga champions, who want to get out of the relegation battle as quickly as possible.

The Munich-based club 1860 made major headlines during the winter break when they brought in the highly touted head coach Vítor Pereira, and then went on a 16 day training camp in Portugal. The club’s investor, Hasan Ismaik, also promised major signings over the next two transfer windows intended to achieve the club’s long-term ambition— their return to the Bundesliga.

Transfers have been hard to come by, however, and there was no major movement until this week when the club was supposedly close to bringing in defender, Ba Abdoulaye (Porto), left-back, Lumor, and forward, Amilton (both Portimonense). All three are spectacular captures for a second division club, but it remains to be seen whether Pereira can form a strong unit from the get go, and quickly guide the club out of the relegation zone.

Kaiserslautern, in the meantime, has gone from one crisis to another since they were relegated in 2012. The following season the club finished third, then they twice finished fourth, and finally in tenth place, and is now miles away from achieving promotion. Kaiserslautern, along with 1860, are a great example of what happens to big clubs if they do not manage to quickly achieve promotion back to the Bundesliga. 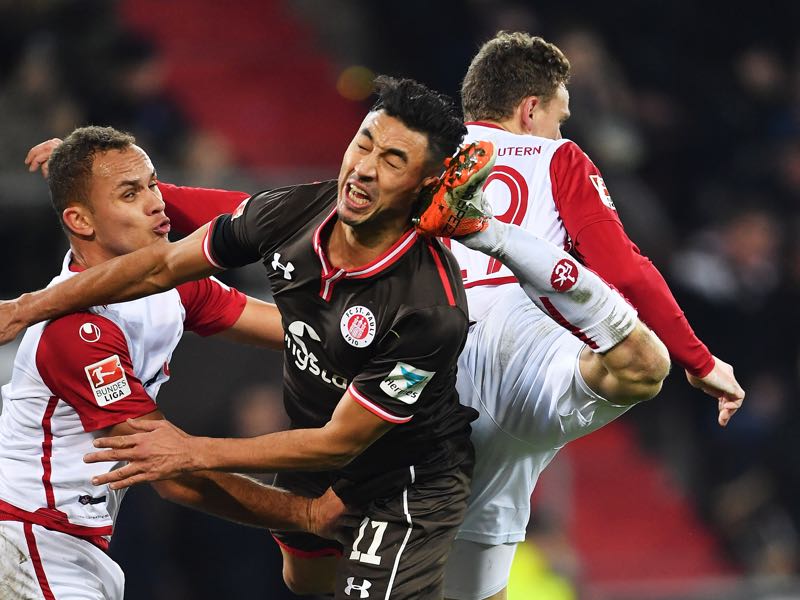 Aziz Bouhaddouz of St Pauli is kicked in the head by Marcel Gaus of 1.FC Kaiserslautern. Both clubs are deeply entrenched in the relegation battle. (Photo by Stuart Franklin/Bongarts/Getty Images)

Trying to buy your way back into the Bundesliga has led to overspending in the first few seasons, which then led to financial problems and budget cuts. As a result, Kaiserslautern are now under severe financial pressure, which means that they had to sell many of their top players.

Overall, however, the squad should be strong enough to avoid relegation, and Kaiserslautern, along with 1860, are likely to pull themselves out of the relegation battle with relative ease.

It is always tough to say who will go down by the end of the season. But in our Bundesliga 2 Preview we believe that Erzgebirge Aue, and Arminia Bielefeld are the likeliest candidates for direct relegation to Liga 3. Meanwhile, St. Pauli and Karlsruhe are the likeliest candidates to finish 16th, and play in the dreaded relegation/promotion playoff against the third best team of Liga 3. Do not be surprised to see the likes of Fürth, Bochum, or even Sandhausen drop further down the table, if 1860 and Kaiserslautern manage to climb up the table.