Goals from Mohamed Salah and Sadio Mane damaged Leipzig’s hopes of reaching the latter stages of the Champions League as the German side imploded in 15 second-half minutes, leaving an uphill mountain to climb in three weeks’ time at Anfield.

It began at a blistering pace, and it never dropped. Unlike a traditional European game where both sides seek to spar with each other, gaining a feel for their opponent, Leipzig and Liverpool looked to attack from the first minute.

Barely five minutes were on the clock before Dani Olmo hit the frame of Alisson’s goal. The Liverpool goalkeeper looked to have his angles exactly right as the ball bounced off the upright.

A wonderfully whipped-in cross from Angeliño was met with power by Leipzig’s forward, although had it gone in television replays suggested the Spaniard may just have been offside when he received the ball, but it was an early warning to Jürgen Klopp’s side that the Reds Bull’s play was crisp, fast and precise.

The Premier League champions–who have faltered of late, didn’t let the opening pressure get to them, the Reds quickly settled into becoming the better side, going close via Mohamed Salah who was stopped brilliantly by Péter Gulácsi. The Egyptian then failed to pick out Roberto Firmino twice in quick succession in the final third – much to Klopp’s anger on the side.

Liverpool thought they’d opened the scoring on 37 minutes, Sadio Mane’s improvised cross was met by Firmino who nodded the ball into an empty net. The assistant on the far side raised his flag to indicate the ball went out of play.

VAR checked the situation, agreeing with the onfield decision – although television replays left the thought that the whole of the ball hadn’t in fact crossed the line.

As the half ended Julian Nagelsmann will have been livid with the carelessness of his team’s passing, especially in defense where both Dayot Upamecano and Lukas Klostermann looked unusually nervous in possession.

Whatever the Leipzig head coach had planned for during the halftime break, it was blown out of the water in the opening to the second half.

Salah pounced on Marcel Sabitzer’s misplaced pass to fire Liverpool into the lead eight minutes after the restart. The Egyptian effortlessly stroked the ball past an isolated Peter Gulácsi. Then five minutes later it was Mane’s turn to punish Leipzig’s sloppiness.

Nordi Mukiele–who had been involved in an intriguing battle with Mane all evening–made a complete hash of his clearance and the Liverpool forward broke clear to double the Reds’ lead, and with it claim two vital away goals.

As the game rolled towards its ending, Leipzig tried to find a beak through, but their quality in the final third was disappointing. Although Angeliño was Leipzig’s main danger, Liverpool’s Trent Alexander-Arnold policed the visitor’s right-wing expertly, and the new permanent signing was left looking around for help which simply never came. 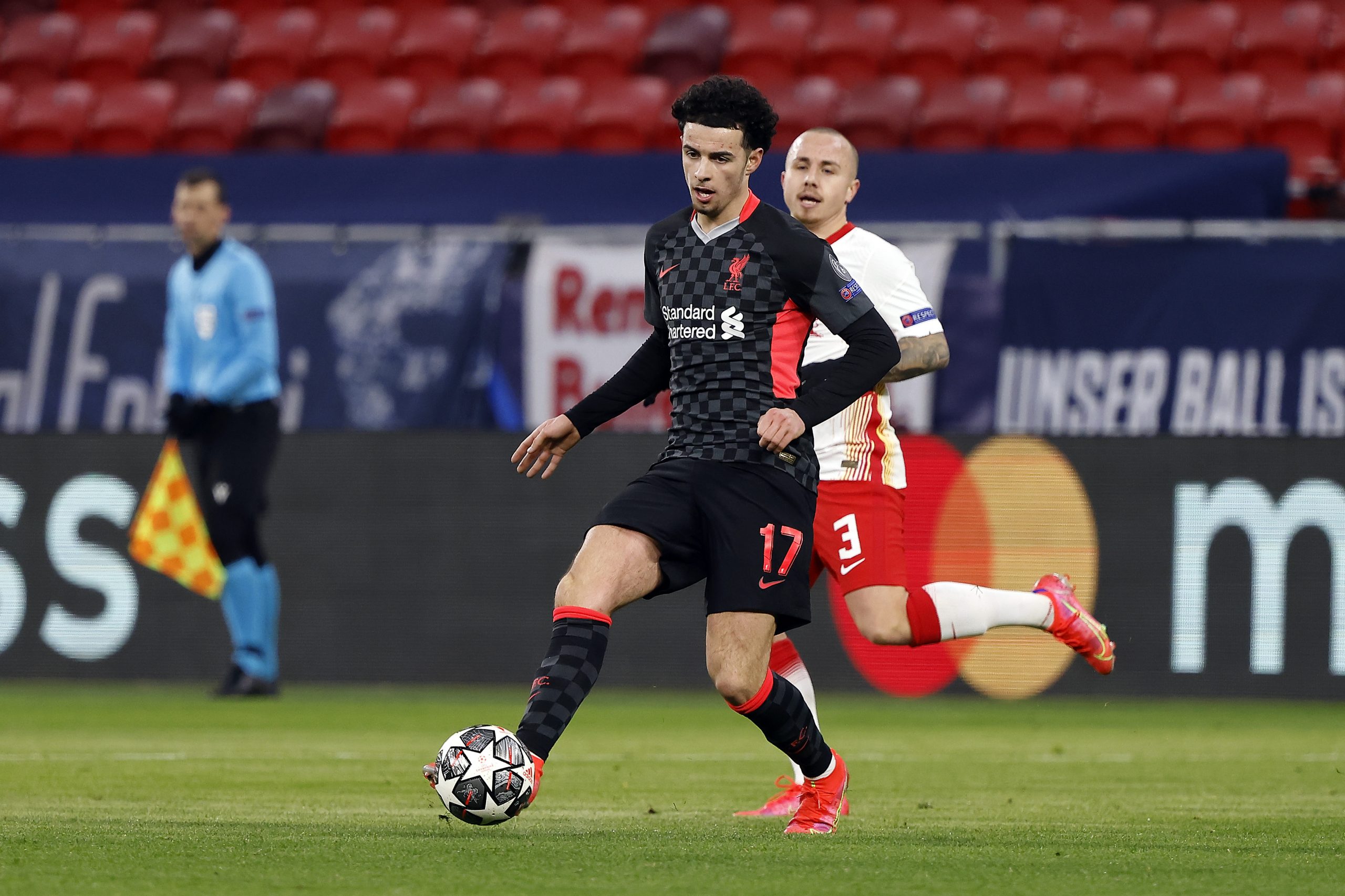 German sides are more than familiar with the talent of young British players, and they will now know all about Liverpool’s 20-year-old Curtis Jones. Fearless and attack-minded the Liverpool native purred with confidence as he sprayed the ball about from midfield.

One positive on a night of negatives for the Saxony side. While others stuttered, the Spaniard did his best to try and drive the Leipzig attack but was let down on the whole by those around him.

The Senegalese forward didn’t stop running all night, and his determination was eventually rewarded with the opportunity to snatch a well-deserved goal, which he took exceptionally well.

Subs: 64′ Orban for Mukiele, Poulsen for Haidara, 73′ Hwang for Kampl