A brace from Erling Haaland and a wonder strike from Mahmoud Dahoud put Dortmund in the driving seat as they seek to reach the quarter-final stage of the Champions League. However, an old enemy–the set pice, gave the Bundesliga side a nervous ending in the Estadio Ramón Sánchez.

An extraordinary week for those connected with Borussia Dortmund took another unexpected turn in Spain on Wednesday evening. With Marco Rose officially confirmed as their new head coach for next season, it left Edin Terzic knowing that his short stint at the club he loves would be defined by the next four months.

Stuttering at home in the Bundesliga it was of no real surprise that Dortmund fell behind to an early goal, although its nature–two deflections after Suso had struck the ball, left a feeling of luck more than errors which undone Terzic’s players.

What followed was simply fantastic, undeterred by the early setback it quickly became the Jadon Sancho and Erling Haaland show, but Mahmoud Dahoud had his say first.

The Norwegian showed his supreme strength to ride three challenges before finding Dahoud, the midfielder cut the ball back onto his right foot, firing an unstoppable rocket past Yassine Bounou from 25 yards.

It was a superb response, and at 19 minutes it set the tone for the rest of the first half. Sancho seized his opportunity to exploit an under-par Sevilla backline, his deft touch into Haaland’s path resulted in the forward netting his 17th UEFA Champions League goal in only his 13th appearance.

The Bundesliga side were in full control and hammered home their advantage on the stroke of halftime. Marco Reus intercepted the ball on the halfway line and Doertumd broke at speed, the resulting three-on-one led to one outcome–Haaland’s brace, his 40th and 41st goals for the club in game number 42.

Julen Lopetegui had no choice but to make changes over the break, Sevilla’s presence in the latter stages was now under threat. Off came ex-Schalke midfielder Ivan Rakitic, replaced by Nemanja Gudelj.

But as the hour approached it was the visitors who were still the better side, their midfield trio of Jude Bellingham, Emre Can and Dahoud had controlled and policed the Spanish side with optimum ease and effect.

A triple substitution from Sevilla then redressed the balance of the fixture, off went Suso–to some confusion, as well as Youssef En-Nesyri and Alejandro Gómez. As Dortmund tried to contain their hosts, they gave up their control, but still remained to stop any real danger.

Then with five minutes remaining a season-long Dortmund problem raised its head again, an inability to defend from a set-piece allowed Luuk de Jong to reduce the deficit on the night to one goal. 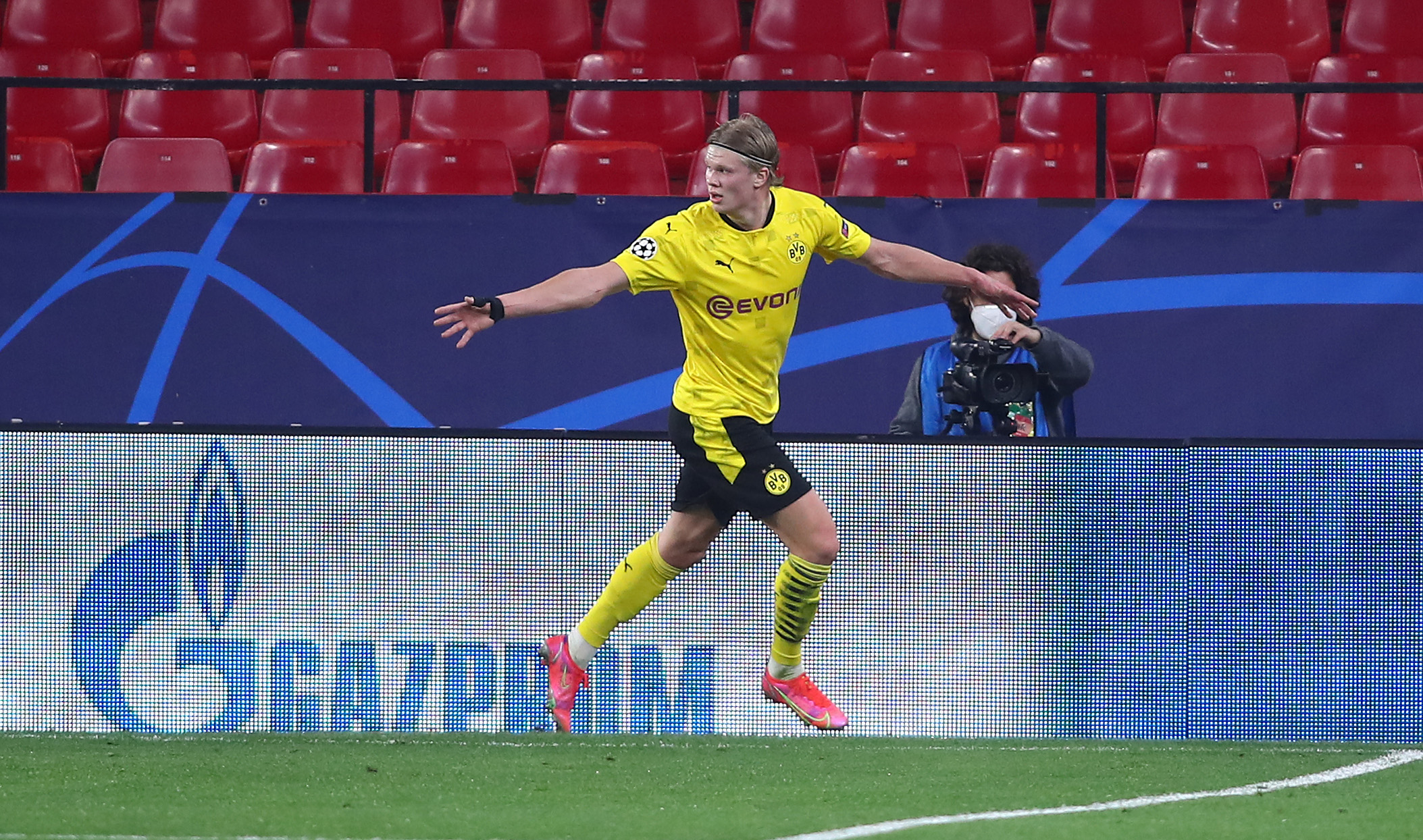 Two goals in the opening 45 minutes turned the tie on its head, as did his strength and power. Notching his 40th and 41st goals for the Schwarzgelben, in just his 42nd appearance shows just how talented and crucial the forward is to this Dortmund setup.

Operating on the right flank, the Spanish midfielder tormented the Bundesliga side as much as he could, his substitution came as a surprise, and although a goal came in his absence his presence was missed as the hosts searched for a tie defining equalizer.

It hasn’t been the best of times for the midfielder since he joined Dortmund in the summer of 2017, but occasionally he gives glimpses of his undoubted talent. A wonderfully well-taken goal was followed by a resolute and strong performance in the midfield.