Goals from Christopher Nkunku and Emile Forsberg overturned an early PSG strike by Ángel Di María as Leipzig came from behind to win by two goals to one.

Thomas Tuchel brought his Parisian stars to Leipzig 78 days after the two sides last met. An August night in Lisbon saw the French champions outclass their Bundesliga opponents and the hosts were out for revenge after being denied a Champions League Final debut.

Leipzig’s reunion with Paris St Germain came one week after their heaviest ever defeat – Matchday Two saw the Saxony side fall to Manchester United’s 5-0 rout, it was enough to leave Julian Nagelsmann looking towards the heavens for answers come full time.

The 33-year-old looked just as bemused when his side fell behind to an early goal, six minutes on the clock as Ángel Di María latched on to a Moise Kean pass that split the German backline wide open.

Di María’s deft touch, with the outside of his boot – lifted the ball over Péter Gulácsi and the visitors had a dream start. It was the Argentine’s first goal in the competition since scoring against Leipzig back in August.

PSG looked to be cruising – attacking at will they were then awarded a penalty on 15 minutes. Kean’s shot from inside the area hit Dayot Upamecano’s flailing arm, leaving match referee Szymon Marciniak no option but to point to the spot.

Gulácsi wasn’t to be beaten a second time in the opening quarter though, his smart save from Di María’s well-struck spot-kick kept the gap at one, but the Parisians kept up their attacking wave.

What could have been two – almost became four, had it not been for the assistant’s correctly raised flag, denying both Kean and Di María before Leipzig struck back.

Emile Forsberg picked out an unmarked Angeliño, his smart pass found Christopher Nkunku on the edge of the box, and the ex-PSG youth academy star dispatched his shot perfectly into the corner of the net.

All Keylor Navas could do was watch as the ball passed by out of reach, three minutes before the break Leipzig had pulled themselves back into the tie, and back into Group H contention. 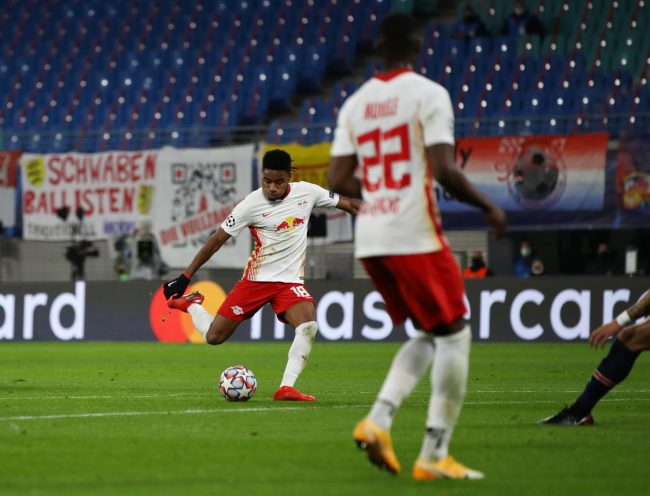 Leipzig’s late first-half equalizer spurred the hosts on, and once the game restarted the Red Bulls went on an immediate attack.

Forsberg found himself in acres of space, cutting in from the left touchline he twisted Danilo inside-out, but the Sweeden international’s finish was high and wide – the warning signs were now there for Tuchel to see, Leipzig had found their groove.

As it was, the host’s pressure continued and they were soon awarded their own penalty. A VAR interjection on 57 minutes resulted in Szymon Marciniak checking the pitchside monitor.

The replay clearly showed Presnel Kimpembe had used his arm to bring down Angeliño’s ball into the box.

Forsberg didn’t make the same mistake as Di María, the spot-kick was inch-perfect and after looking like they could be on the receiving end of another heavy defeat, Leipzig took. the lead.

With twenty minutes remaining, the balance of the fixture tipped towards the Bundesliga side. Idrissa Gueye left his studs on Amadou Haidara – picking up his second yellow card of the night the Senegalese midfielder was dismissed.

Both Nagelsmann and Tuchel became more animated as the clock ticked towards full time, the Leipzig boss could sense one more was needed to make it safe – while his opponent demanded more from his 10-men.

At a numerical disadvantage, the visitors became stretched and relied purely on counter-attacking breaks but Leipzig were covering all the ground available to keep their lead, seven kilometers more to be precise.

With the game deep into added time, Tuchel saw his side reduced to nine men as Kimpembe scythed down Yussuf Poulsen, it was a disappointing return to home soil for the German coach, but for Leipzig – an invaluable three points were captured. 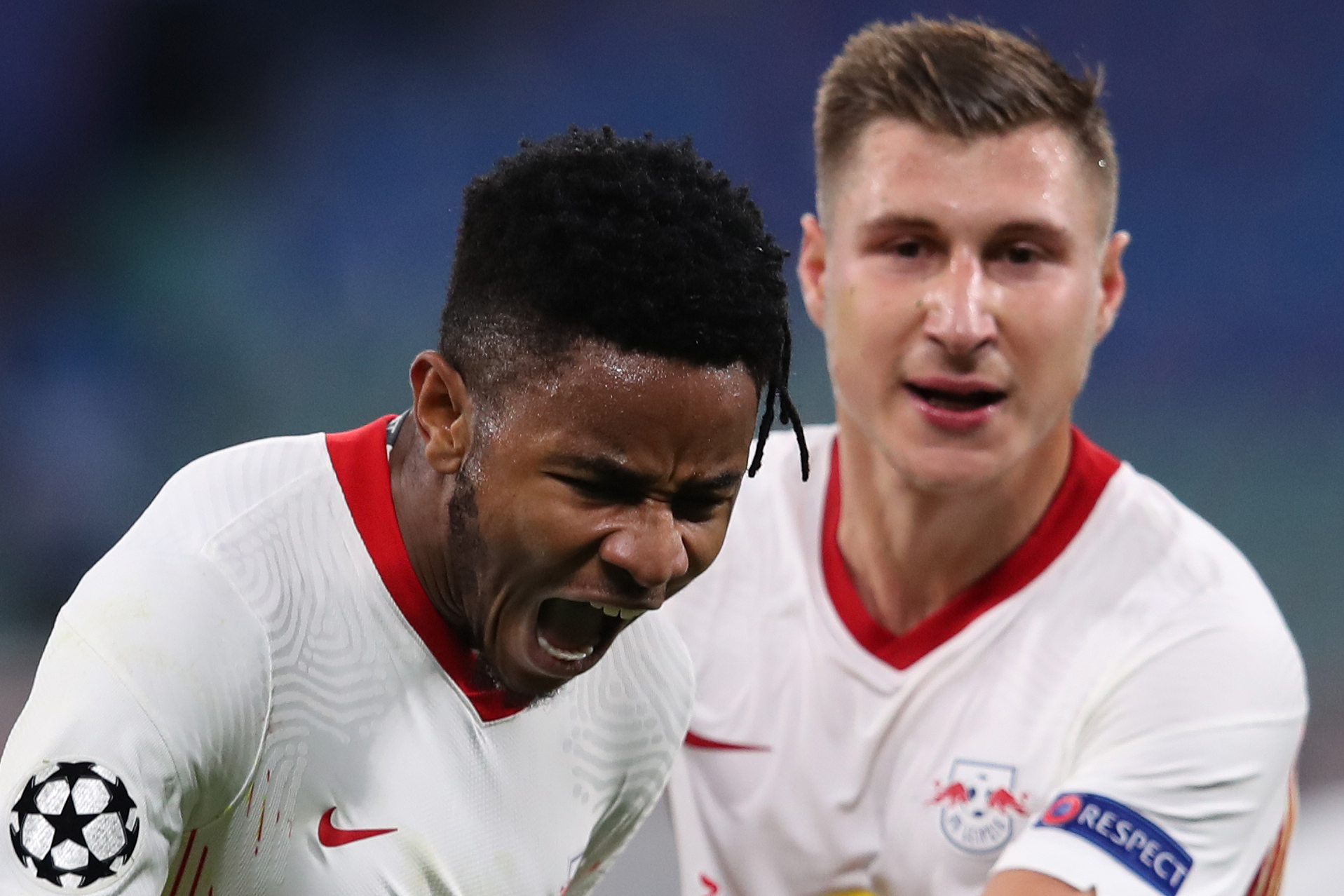 The ex-PSG youth product was on it from the get-go. The midfielder was imperious in breaking down the attack at the first point, and his finish from outside the area kickstarted a Leipzig fightback.

A very lively first half saw the Argentine finish superbly twice, unfortunately for PSG the second was just offside. He could have done better with the penalty but don’t take anything away from Gulácsi’s save.

Operating out in the left channel, the Leipzig player caused PSG no end of problems. His movement allowed the hosts to break at will and his clever play spurred his teammates on to turn around the scoreline in 15 minutes of open play.

Subs: 73′ Bakker for Kurzawa, Kehrer for Sarabia, 84′ Rafinha for Florenzi.