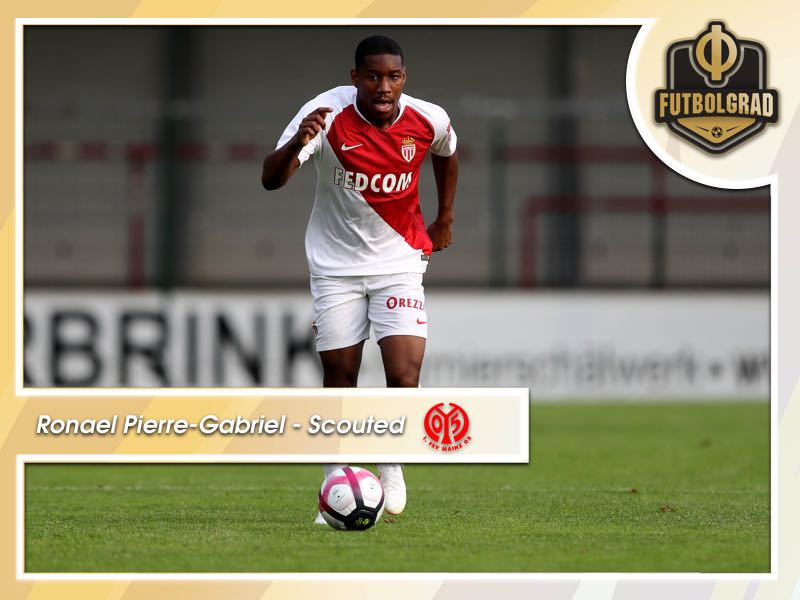 Ronael Pierre-Gabriel is the latest French addition in Mainz. French imports like Moussa Niakhaté, Jean-Philippe Mateta, Jean-Philippe Gbamin and before that Abdou Diallo (now in Dortmund) have made the Karnevalsverein an attractive address for young French players looking to make the next step in the Bundesliga.

Signed for €5.5 million from Mainz the move is a bit of a new beginning for the right-back. Recently turned 21 Ronael Pierre-Gabriel spent most of last season either on the bench or injured while his teammates fought against relegation.

“It was a complicated season with Monaco,” Ronael Pierre-Gabriel told kicker after the transfer was completed. The injury and the coaching changes during Monaco’s fight against relegation meant that he could not regain the confidence from the start of the season.

After a strong start in Monaco’s 3-1 victory over Nantes was followed with a complicated ankle injury that took him out for 12 games. He then played three more games of which Monaco won two and lost one, but then another injury ahead of the game against Olympique Lyon on December 16 meant that he was once again out for five games. After that, he was out in the cold and did not play an additional minute for Monaco.

It was an odd turn of events for Ronael Pierre-Gabriel. After all, he had done nothing wrong in his four games for Monaco and in fact, walked away with a winning record.

He delivered what was expected of him after Monaco signed him for €6 million from AS Saint-Etienne.  It was, in fact, at AS Saint Etienne where he first came to prominence. Making his debut aged 17 in November 2015 against EA Guingamp he became the fifth youngest player to have ever started for les Verts.

“Ronael Pierre-Gabriel came to do some training sessions with us during international breaks,” ASSE’s coach Christophe Galtier said at the time. “It made me offer him his debut,” he added. Galtier, who is recognised in France for giving opportunities to young academy players, gradually gave the young Pierre-Gabriel five Ligue 1 games that season. 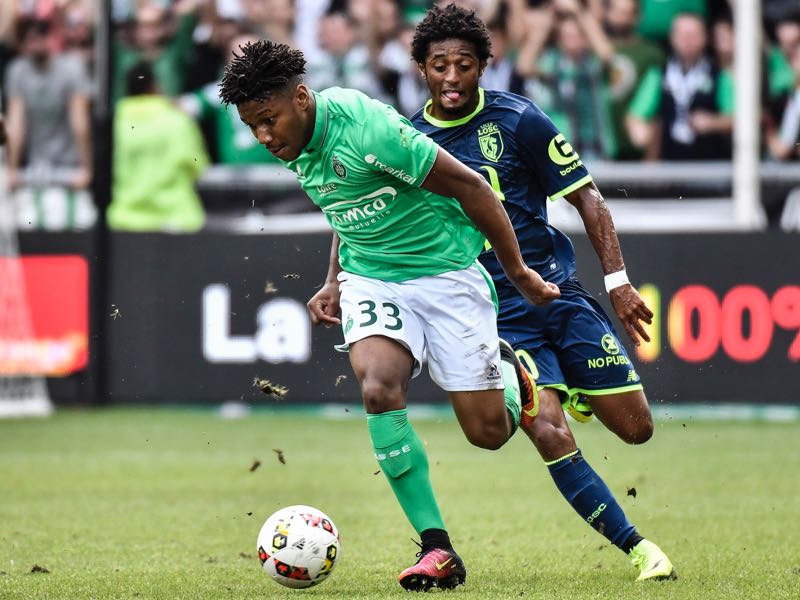 His teammate at AS Saint Etienne and current Napoli player Kevin Malcuit that lost his spot in the first team to him once said about the young player: “I’m happy for Ronaël, he’s a real hard worker. He chained the good matches. This is positive for him, his confidence and the whole group.”

The problem for Ronael Pierre-Gabriel has been injuries that have slowed down his development. Hence, the right-back decided for a fresh start in Mainz. “It is a club that trusts young players in whom they see potential,” Pierre-Gabriel said to kicker. “Hence, I can get more playing time,” he added.

But what can Mainz fans expect from the winger? “I like one-v-one situations,” Ronael Pierre-Gabriel said. “I like to use my physical strength when I defend,” he added. At 177cm and 80 kg, the right-back is not the biggest but has a strong body. “I still need some work in tactical areas and in the attack,” he added and models his play after the famous Brazilian right-back and World Cup winner Cafu.

For Mainz fans, however, the big question is going to be what he can add to the club’s defence.  Although we have only a small sample size from Pierre-Gabriel’s last season, there were a few interesting elements that stood out in his statistics.

In comparison with the current squad, only Daniel Brosinski had as many successful tackles as the 21-year-old (50%). Brosinski, in fact, will be Pierre-Gabriel’s direct competitor for the right-back position and when it comes to tackles per 90 minutes, Pierre-Gabriel (1.28) outperformed Brosinski (0.23), who seems to prefer a less physical play.

Overall, no Mainz player was involved in more defensive duels than Pierre-Gabriel last season. Per 90 minutes, Ronaël Pierre-Gabriel completed 8.33 defensive duels. The caveat once again is that the scouting tool Wyscout had just eight games to analyse this season, and while Pierre-Gabriel’s numbers underline his statements that he likes to play physical football it will be interesting to see how his game will translate to a heavier workload.

Nonetheless, in Ronaël Pierre-Gabriel Mainz have made an interesting signing that will add some significant depth to the backline. Furthermore, Mainz have shown in the past that they can uncover diamonds in the rough in France and polish them.