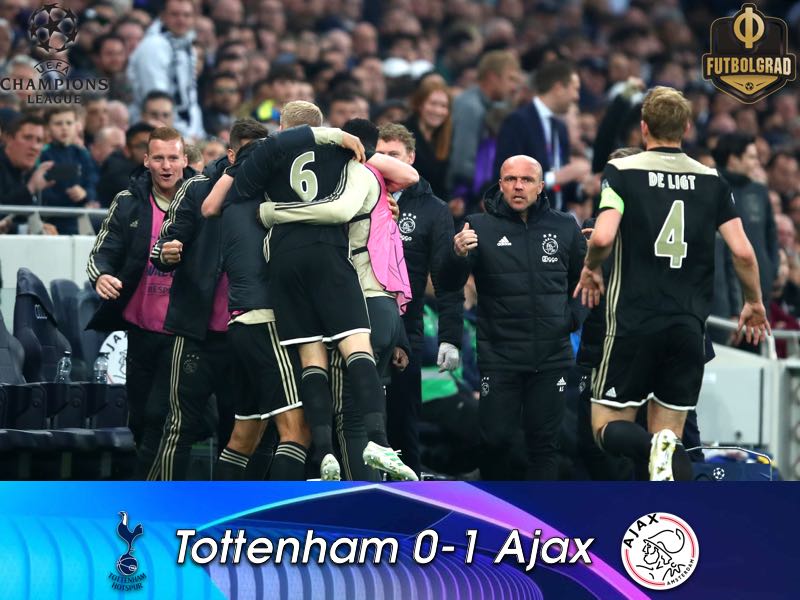 The new Tottenham Hotspur Stadium provided a beautiful setting for Tottenham v Ajax. The two clubs clashed in the first leg of the Champions League semifinal, which ended with Ajax carrying the advantage back to the Netherlands.

Intensity! Both sides had plenty of it to start the match. Crisp passes and counter-pressing dominated the early stages of the game with Ajax, in particular, slowly growing into the game.

The Dutch, in fact, looked like the home side at this stage and in the 15′ minute Ajax took the lead. Hakim Ziyech’s pass found a gap in Tottenham’s defence to Donny van de Beek, who found himself wide open inside the box and easily beat Hugo Lloris with a close-range shot.

Ajax attacking play was brilliant at this stage. Van de Beek could have doubled the lead in the 25′ when once again he broke through but instead of laying the ball off, he opted to shot from a tight angle, and Lloris stopped the shot.

Then in the 31′ minute, Tottenham suffered the next setback. Goalkeeper André Onana came wide out of his goal to clear a cross and hit both Jan Vertonghen and Toby Alderweireld. Vertonghen took the brunt of the hit and — after seven minutes of treatment, and a brief return on the pitch — had to be taken off with a concussion.

Altogether the treatment took five minutes, and while Tottenham lost a key player, it also disrupted the flow for the Dutch side. Hence, just before halftime Dele Alli and Fernando Llorente had to be collectively stopped by Ajax’s defence. Then in the third minute of extra-time Alderweireld saw a header go just over the bar of Onana’s goal.

Almost with the kickoff, Tottenham were pressing. That, in turn, allowed Ajax to quickly break forward and both sides created dangerous opportunities in the opening ten minutes of the second half.

At this stage, Ajax’s possession, which was in the high 60s in the first half, dropped to just 51%. Tottenham slowly but surely attempted to tighten the noose trying to find a way through a well organised Ajax defence.

With desperation Tottenham, however, became more chaotic in midfield. There was now very little structure in Tottenham’s midfield, and the North Londoners were perhaps lucky that Ajax were not more consequent when it came to capitalising on the room that was now available in midfield.

Then in the 77′ minute, Ajax came close to the second goal. Ziyech on the right pushed forward, finally capitalising on the room available, he played the ball to the centre where van de Beek laid the ball off to David Neres, the Brazilian striker had plenty of room and space, but his shot hit the post.

At 2-0 down this tie would have been over, even before the second leg in Amsterdam. Tottenham were given a lifeline but could they capitalise from it in the first leg? The answer was no. Ajax saw out the 1-0 lead and are now favourites ahead of the second leg.

Donny van de Beek was the man of the match. The central midfielder not only scored the game-winning goal but was also at the centre of every attack the Dutch created. 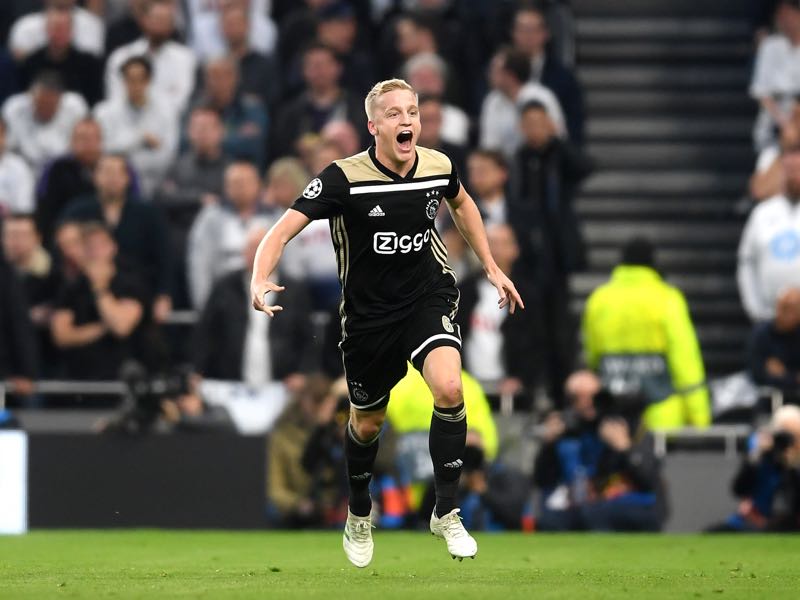 Ahead of the match, Ajax would have certainly taken this result. But given Tottenham’s problems in midfield Ajax might feel that they should have been more consequential in transition and perhaps built on the lead that they are now taking back to Amsterdam.