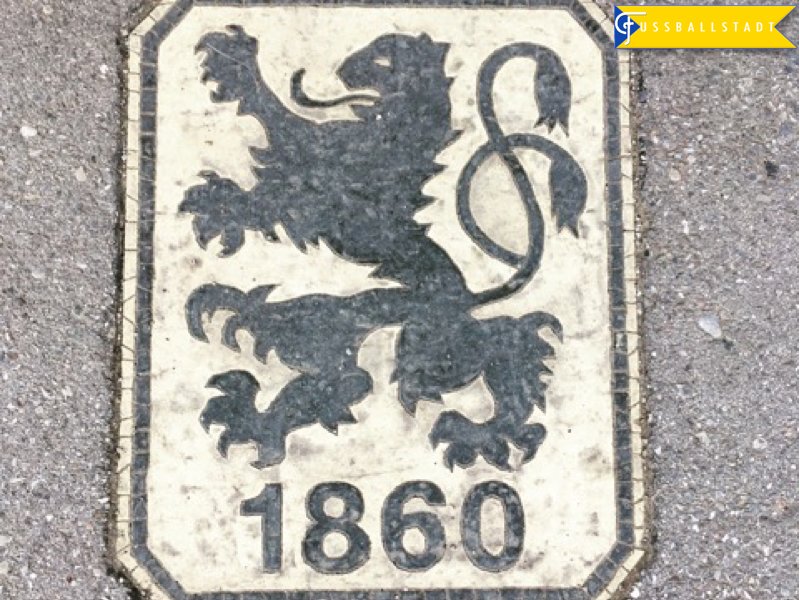 It has been a tumultuous couple of weeks for the Munich based TSV 1860. The club, which by most fans is simply known as the Löwen (Lions), avoided relegation from the 2. Bundesliga for the second season in a row. But there has been progress, as last season salvation came at literally the last minute in a 2-1 relegation victory over Holstein Kiel, whereas this season the club managed to reach safety on match day 33 with a 1-0 victory SC Paderborn 07, which were subsequently relegated.

The two matches show the potential of a club that often finds itself in the overpowering shadow of their city rival and Germany’s biggest club, Bayern Munich. Yet, when one visits the district of Giesing in Munich, one might well think that 1860, and not Bayern are number one in the Bavarian capital.

Giesing, located on the right bank of the river Isar, has long been considered the Arbeiterviertel (the district of the workers) of Munich. It was here that the workers of Munich fought for the Bavarian Soviet Republic during the 1919 revolution, and the club’s headquarters in Giesing means that the club is also known as the Arbeiterverein (club of the workers)—technically Bayern’s training ground on the Säbener Straße is also in Giesing, but the club has its origins not in Giesing, but in Schwabing.

It is in Giesing, however, that one can find the heart and soul of TSV 1860 Munich, for it is on the Grünwalder Straße where both the club’s training complex, as well as their former home stadium the Städtische Stadion an der Grünwalder Straße are located. The club left the stadium in the heart of Giesing in 1995 because, at the time, the ground was considered to small for Bundesliga football.

There have been numerous attempts to bring the club back home to the old stadium in Giesing. Some fans even hoped that the club would be relegated from the 2. Bundesliga this season and return to the Grünwalder Stadion.

Since the 1990s, an initiative called Freunde des Sechz’ger Stadions has lobbied to preserve the stadium, which at one point was threatened to be turned into apartments and a shopping mall, and for the return of the club to its true home. The attempts to bring 1860 back to Giesing have failed, but the city has now decided to renovate the stadium making it fit for third division football in order to provide a home for 1860’s and Bayern Munich’s reserve teams.

Critics have argued that with a little more money the stadium could have been renovated further to allow 1860’s first team to play its home games in Giesing, as well.

The Allianz Arena is to Expensive for the Club

This means that the club is, for now, forced to play its home games in Fröttmaning, a suburb of Munich, instead. Originally the 60,000 capacity stadium, which was opened in 2004, was designed with both Munich clubs in mind. It is for that reason that the Allianz Arena can change its colours—the stadium is lid up in red for Bayern’s games and blue for 1860’s games.

In many ways, the project was part of 1860’s former President Karl-Heinz Wildmoser’s desire to turn 1860 into a national contender. Big name signings followed in 1999-00 and the club finished fourth in the Bundesliga, thereby qualifying the club for the UEFA Champions League qualifiers. The club was then eliminated by Leeds United in the qualification stage, and as a result lost out on 40 million Deutsch Mark.

The problem was that the club had earmarked the money before it had actually received it. As a result, they had to cut costs and within four years went from a Champions League candidate to a team that was relegated. Wildmoser, meanwhile, was caught up in several financial scandals that involved the construction of the Allianz Arena and the finances of the club in general.

When 1860 was relegated in 2004, and then failed to return to the Bundesliga in 2005, the Allianz Arena quickly became too big for the club. The club seemed to be on course for promotion in the 2005-06 season, and with an average attendance of 41,720 they seemed to benefit from the new stadium. But subsequent failures in the league have meant that the attendance has slowly declined to 23,359 over the last ten years.

Hence, while the stadium quickly became too small for Bayern, which resulted in an increase of the capacity to 75,000, the stadium became too big and expensive for 1860.

Originally the club owned 50% of the Allianz Arena München Stadion GmbH—the parent company of the Arena—but mounting debts, and the fact that the club was promoted once again in 2006, meant that the club was forced to sell its shares to Bayern Munich in a deal worth €11 million. Originally TSV 1860 Munich had an option to buy back the shares before 2010, but continued financial problems forced the club to forfeit that right in 2007 in return for two charity friendly matches played against Bayern Munich.

As a result, 1860 Munich has to pay rent for the facility—currently €1.5 million a season, a large amount for a club in Germany’s second division—but, even worse, many fans feel that the stadium alienates the true identity of the club. They feel that the club is giving up its true identity by playing in Fröttmaning rather than in the city centre. The poor results in the league also haven’t helped. Altogether, the foregoing factors contribute to the poor attendance record.

This, in turn, has led to further financial problems, especially as the club was trying to buy its way back to the first division. The club has employed 16 coaches since being relegated in 2004.

Hasan Ismaik and the 50+1 Rule

In 2011 the club was once again close to insolvency, and this time it appeared that the club could indeed lose its licence and be relegated to the Bayernliga (fourth division). The club was ultimately saved when the Jordanian investor, Hasan Ismaik, signed a cooperation agreement with the club on May 30, 2011.

The investment might have been the biggest misunderstanding in Germany’s football history. Technically, Bundesliga regulations state that clubs have to be the majority holders of their own shares of a club—the exceptions are the company teams Bayer Leverkusen (owned by Bayer), and VfL Wolfsburg (owned by Volkswagen)—unless an individual or a company has invested into a club for more than 20 years, which allowed SAP founder Dietmar Hopp to take over 1899 Hoffenheim for example. This rule is commonly referred to as the 50+1 rule, and the rule was a major obstacle to Ismaik’s investment in the club. 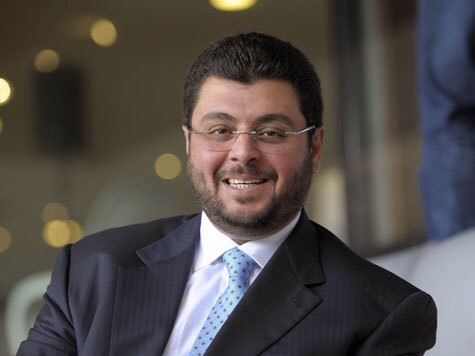 Hence, 1860 came up with a special construct to circumnavigate the 50+1 rule. TSV 1860 Munich is a membership multiple sports club in which the members vote for a president and presidium. The club is technically the owner of the TSV München von 1860 GmbH & Co. KGaA, which operates and owns the football department of the club. In order for Ismaik to invest into the club, the main membership club sold 60% of the football department to Ismaik, but at the same time retained 51% of the voting rights.

Ismaik, therefore, believed he was the owner of 1860’s football club, but in reality he was a minority investor as, on paper, the base club retained the majority. This has led to the bizarre situation in which the investor, as TSV 1860 Munich fans call Ismaik, cannot control the football club without getting approval from the main sports club. But in return, 1860 is completely financially dependent on the Jordanian investor.

The situation is complicated by the fact that the two parties are frequently in disagreement over the future of the club. Ismaik has often stated that he wants to invest big money in order to push the club back to the Bundesliga. at the same time, his suggestion to name Sven Göran Eriksson as the new manager in 2013, to the relief of most TSV 1860 Munich fans fell through, due to his last minute decision to not join the club.

This summer, the club is once again on the hunt for a new coach, and Ismaik has reportedly demanded to name a big name as the new manager. According to the Sueddeutsche Zeitung, former Manchester City manager Manuel Pellegrini—this is not a joke—and former England manager Steve McClaren, also known as Wally with the Brolly, after failing to guide England to Euro 2008, are his current favourites. The club had to work hard to convince Ismaik that neither coach would fit the profile of a club that has recently avoided relegation to the third division.

Aside from hiring a new big name manager, Ismaik also has ambitions to build a new stadium for the club. Indeed, many fans support this notion, and the investor and the club have eyed a property in Riem, the location of the old airport, right next to the trade fair grounds. Here, it seems that both the club and the investor are following the same strategy, but then in February 2016 Ismaik was the main guest at a congress of the influential 1860 fan organization ARGE—the organization was always a big supporter of Wildmoser, and it now seems that they have in Ismaik identified a strong man that can bring the club to the Bundesliga.

At the ARGE congress Ismaik promised not only to build a new football stadium with a capacity of 52,000 to 60,000, but also that the new facility would include a zoo populated by lions that would be named after former 1860 Munich players. The fans at the congress gave the investor standing ovations but the media response throughout Germany was mostly negative, as the press focused on the fact that Ismaik wanted to build a zoo next to the new stadium.

Then on June 7, TSV 1860 Munich hired Kosta Runjaić as the club’s new coach. Runjaić now has the tough task to steer the club into safer waters. Although most fans would be happy if the club ends up in middle of the second Bundesliga table, with the club’s recent history, however, a stable season would be anything but normal.