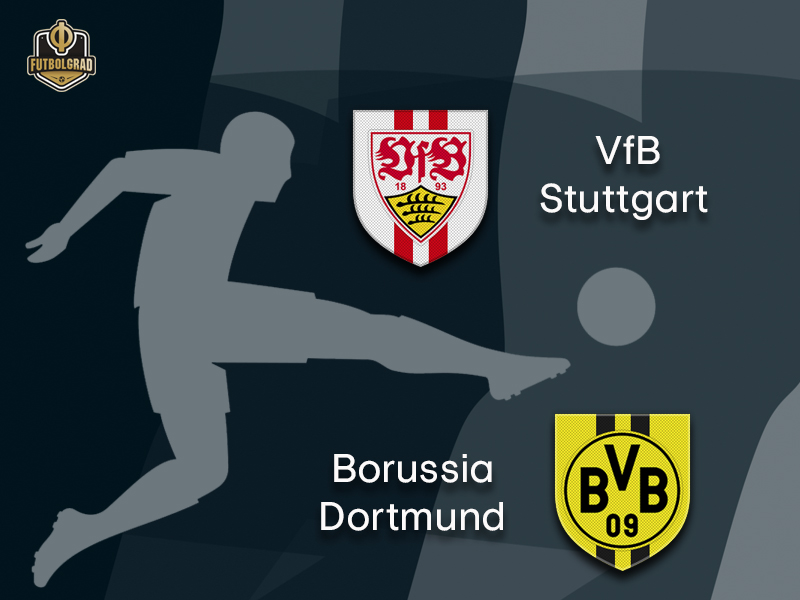 VfB Stuttgart vs Borussia Dortmund will take place at the Mercedes-Benz Arena in Stuttgart. (Photo by Thomas Starke/Bongarts/Getty Images)

Weinzierl’s job? To get Stuttgart out of the basement of the table back into the upper half of the standings. Furthermore, Weinzierl is supposed to bring a more positive game plan to die Schwaben, who were mostly playing a pragmatic defensive approach under Korkut.

“Courage in every area,” is what Weinzierl promised from his side. “The last placed team can beat the first placed team. It is a big chance to collect three points and make a step out of the basement,” Weinzierl told the media ahead of the game against Dortmund.

Furthermore, a win for Weinzierl would also be the first for a new Stuttgart coach in his first game since  Huub Stevens beat SC Freiburg 4-1 during the 2014/15 season. Since then neither Alexander Zorninger, Jürgen Kramny, Hannes Wolf or Tayfun Korkut managed three points in their first game for Stuttgart.

Whether Stuttgart will walk away with three points on Saturday will also depend on whether Dortmund were able to carry their fantastic form through the international break. Die Schwarzgelben have started the season with five wins and two draws and are in first place three points ahead of a hunting pack that includes RB Leipzig, Gladbach, Werder Bremen and Hertha Berlin.

Most importantly their biggest rivals, Bayern, have been distanced by four points. It is a similar constellation to last year when Dortmund had a five-point gap to Bayern but after a coaching change in December barely scrapped into the Champions League places.

Dortmund, however, seem more stable under current head coach Lucien Favre, who is always quick to note that his project “still needs time.” As for the game against Stuttgart, Dortmund are keen “to continue where they left off before the break,” as the director of the players’ licence department Sebastian Kehl told the media during the week.

“The most important aspect will be to get back in our training rhythm,” Kehl added. Two aspects worried Borussia Dortmund during the week: how would Stuttgart react to the coaching change and can the club compensate Manuel Akanji’s injury as well as Marcel Schmelzer’s absence? The Swiss defender will not be in the squad for three weeks due to a hip problem, and Schmelzer has problems with his knee.

Back in the squad will be Marco Reus, who did not travel to the national team and Christian Pulisic, he is, however, doubtful for a start following the long trip back from the US national team. Hence, while Dortmund have some defensive worries, the attack is once again complete and should be enough to compensate for any defensive lapses that might occur by a make-shift back four.

VfB Stuttgart vs Borussia Dortmund – Players to look out for:

Argentinian central midfielder Santiago Ascacibar will be a key player for Stuttgart on Saturday. The 21-year-old can act like a quarterback in midfield, but his development has somewhat stalled under Korkut. Weinzierl’s task, among others, will be to get the most of a player, who when on form, has the potential to be among the best players on his position in Germany. 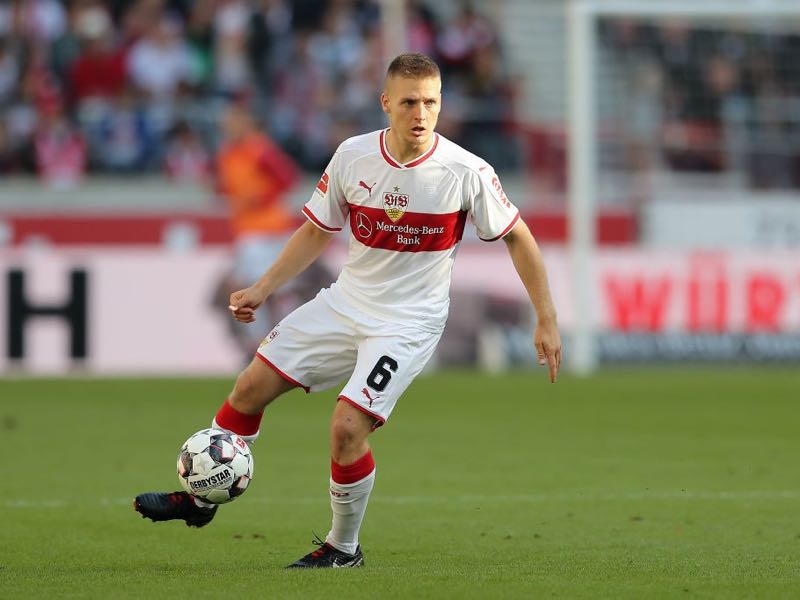 Santiago Ascacibar of Stuttgart in action during the Bundesliga match between VfB Stuttgart and SV Werder Bremen at Mercedes-Benz Arena on September 29, 2018 in Stuttgart, Germany. (Photo by Christian Kaspar-Bartke/Bongarts/Getty Images)

Paco Alcácer simply cannot stop scoring. The Spanish striker was signed from Barcelona on August 28 and has since scored six goals in three Bundesliga games for Borussia Dortmund. When breaking down his goals per minute, his rate is even more impressive as Alcácer managed to score his goals in just 81 minutes of play, which means that he has scored on average every 14 minutes. During the international break, Alcácer then added three more goals in the games against Wales and England and Spanish papers have already suggested that Barcelona may have made a historic mistake by letting the 25-year-old leave for Borussia Dortmund.

Loading...
Newer Post
Schalke look to climb up the table when they host highflying Werder Bremen
Older Post
Wolfsburg believe that they can benefit from Bayern’s recent troubles