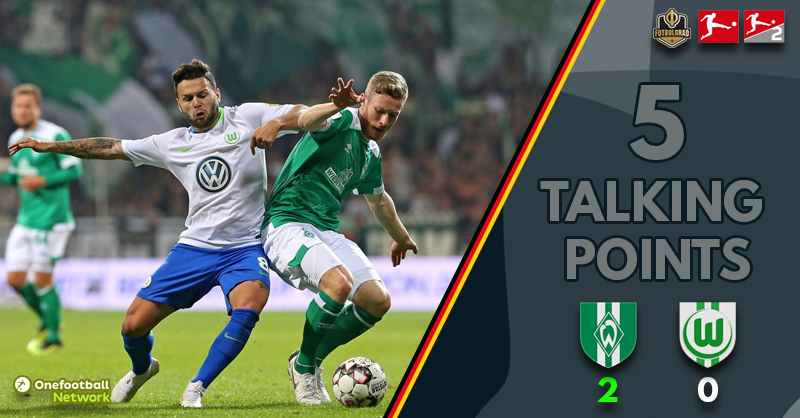 Werder Bremen vs Wolfsburg kicked off Matchday seven in the Bundesliga and it was the hosts who took all three points. Goals from Davy Klaassen and Johannes Eggestein propelled Die Grün-Weißen up the table into second, while Wolfsburg are now without a win in five games. 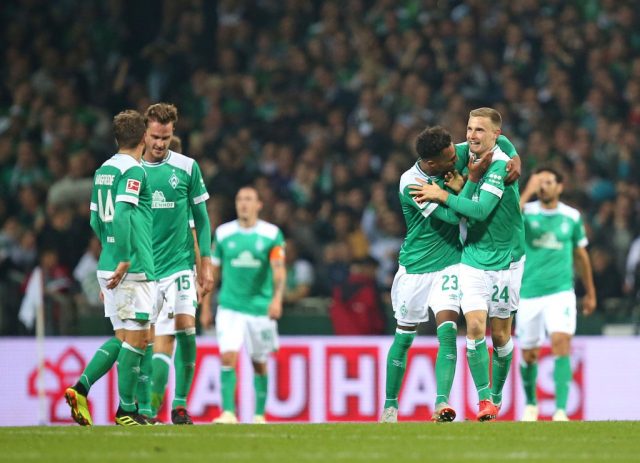 Bremen climbed to second in the Bundesliga on Friday night as Werder Bremen vs Wolfsburg ended in a victory for the hosts. (Photo by Cathrin Mueller/Bongarts/Getty Images)

This current campaign is in stark contrast to the one before – finishing last season in 11th it was only on Matchday 21 that Bremen finally pulled themselves out of the relegation zone. As it stands, they are now second in the Bundesliga – just behind leaders Dortmund, on goal difference.

With two wins from their opening four matches at the Wesser-Stadion, they look on target to better last season’s total of just six victories on home soil. Had they not leaked an added time goal to Nuremberg on Matchday three, they would be three points clear at the top now.

It is the current style of play under Florian Kohfeldt  that will please those associated with the club the most. The 36-year-old has managed to find a balance of strong defensive play, coupled with fast breaking attacks. Without the ball Werder are working exceptionally hard as a unit – their pressing style is certainly paying early dividends.

After starting the season well, Bruno Labbadia’s side are now without a win from their last five matches. Spending €22m in the summer on two strikers, there will be a worry that for all their forward probing, Wolfsburg left the Wesser-Stadion without looking like scoring – even with both new signings, Wout Weghorst and Daniel Ginczek on the pitch

Labbadia was the third head coach hired last season by Wolfsburg, and the 52-year-old is keen to be seen as more than just a firefighter after saving the club from relegation.

Although tonight’s loss will be of concern, they still remain second to only Borussia Dortmund in gaining points from losing positions – a trait they will have to rediscover if they wish to break this current run of mediocre form. 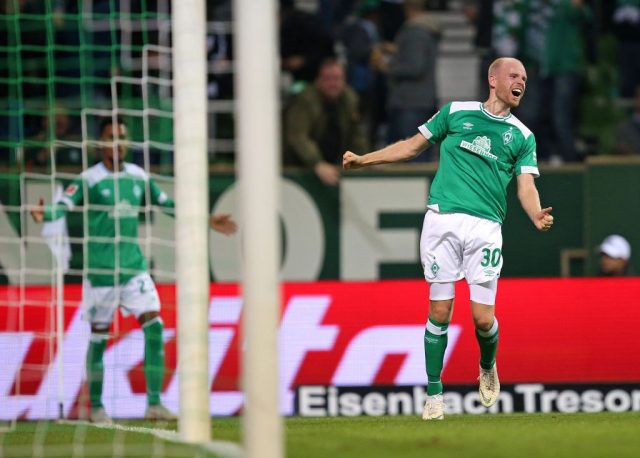 Davy Klaassen has settled into life at Bremen very quickly since his move from English side, Everton. (Photo by Cathrin Mueller/Bongarts/Getty Images)

Signed during the closing stages of the summer transfer window – a move to northern Germany was seen as the chance for the Dutchman to kick start his career, after a tumultuous time at Premier League side – Everton.

The attacking midfielder has certainly taken the opportunity afforded to him by head coach, Kohfeldt . Once the captain of Ajax Amsterdam, he now brings all of the traits associated with leadership to this new improved Werder.

With two goals and two assists from seven Bundesliga games, he looks to be an individual Bremen can call upon to drive them forward as they eye European qualification as this seasons prize.

His well taken half volley opened the scoring, and his tenacity and work rate throughout the fixture, ensured it was another good night at home for the green and whites.

What can be said about the Bremen forward that hasn’t been uttered over the past 19 years? This evening his introduction off the bench entered him into the Bundesliga record books.

At the age of 40 years and two days, he became only the fourth outfield player in Bundesliga history to make an appearance after their 40th birthday.  However, tonight was not just about records or sentiment – within moments of taking the field he ensured all three points belonged the home side. A delectable through ball to Johannes Eggestein allowed the 20-year-old to claim his first Bundesliga goal.

Pizarro needs a goal before the winterpause to ensure his record of scoring in each calendar year of the Bundesliga continues. In his current form there are few who would bet against him achieving this, and bettering it by finding the net in 2019 also. 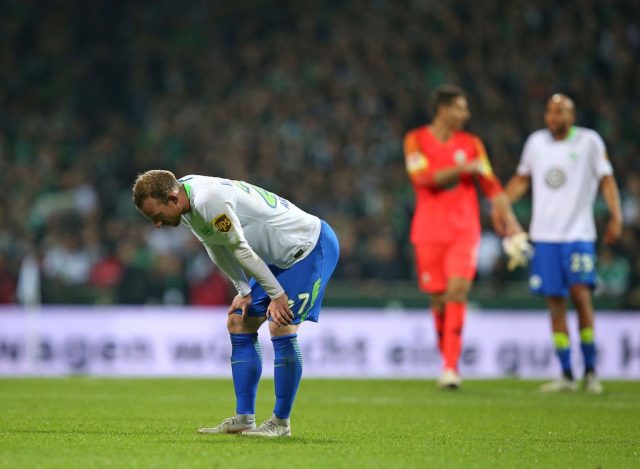 Wolfsburg must now face Bayern München as they seek to turn around a disappointing vein of form. (Photo by Cathrin Mueller/Bongarts/Getty Images)

If you’re without a win in five games, coming off a two-nil defeat in your last outing, then there aren’t many worse scenarios than having to face current champions, Bayern München next.

However, this is what awaits Bruno Labbadia’s men – there will be a smattering of relief that a two week international break delays the visit of the Rekordmeister to the Volkswagen Arena. When these sides met last year, the corresponding fixture ended with a two-one victory for the Bavarians – this after Wolfsburg took a one-nil lead into half time.

Failure to pick up at least a point when the champions visit could see Wolfsburg drop to a position as low as 16th – a numerical value they know well, having their Bundesliga status tested twice in two seasons by back to back relegation playoffs.