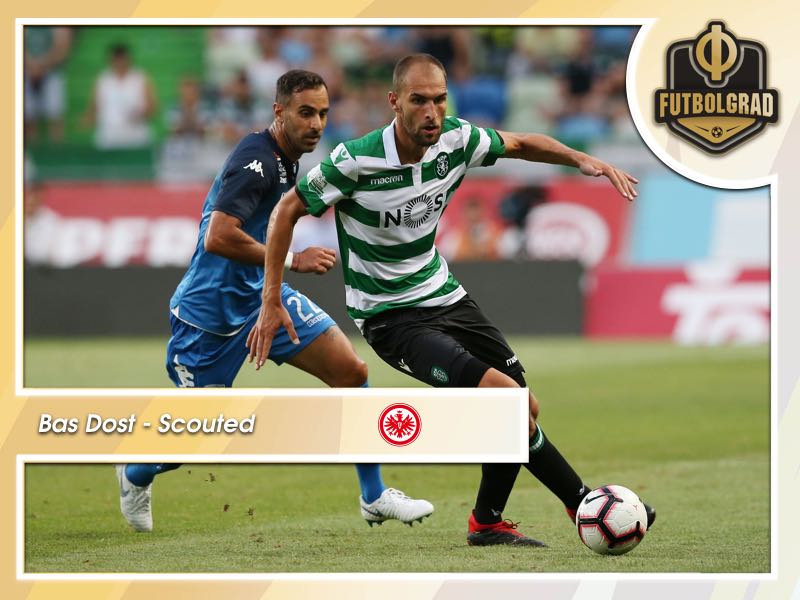 Bas Dost arrives in Frankfurt, but can he replace Sébastien Haller?

Eintracht Frankfurt have finally secured the transfer of Dutch striker Bas Dost. The transfer appeared to be off after Sporting announced that Dost had made additional contract demands and was blocking a transfer.

“It is never easy with Sporting,” Eintracht Frankfurt sporting director Fredi Bobić said to the television station Sky. “We are confused in the manner Sporting have treated Bas Dost, who has been the best striker over the last three years, in a public statement,” Dost’s agency said in a report to Sportbuzzer.

Finally, on August 26 Eintracht Frankfurt announced that the transfer was complete. The transfer is worth €7 million-plus €500,000 in bonuses; Sporting will also receive 15% of any future transfers.

Eintracht Frankfurt finished seventh last season but were three points within a Champions League spot. After losing Sébastien Haller and Luka Jović, however, Frankfurt’s odds to finish in the top six greatly diminished ahead of this season.

Bas Dost – Return to the Bundesliga

“I am happy to be here and I am looking forward to my time at Eintracht Frankfurt,” Bas Dost said. “I am a striker, who likes to score goals,” the 30-year-old Dutch striker added. It is Dost’s second stint in Germany after playing for Wolfsburg between 2012 and 2016. In that period he scored 36 goals in 85 games.

After Sébastien Haller left the club it was necessary to find an adequate replacement, someone, who has the experience and can help right away,” Bobić said in an official club statement. “Bas Dost fulfills those requirements and knows the Bundesliga. With his physical appearance and his goalscoring record an important component in our squad,” Bobić said.

Bas Dost scored 97 goals in 127 games for Sporting and in 2017 won the goalscoring crown in Portugal with 34 goals. “His goalscoring record is strong and we wish that he can continue that record,” Bobić added. 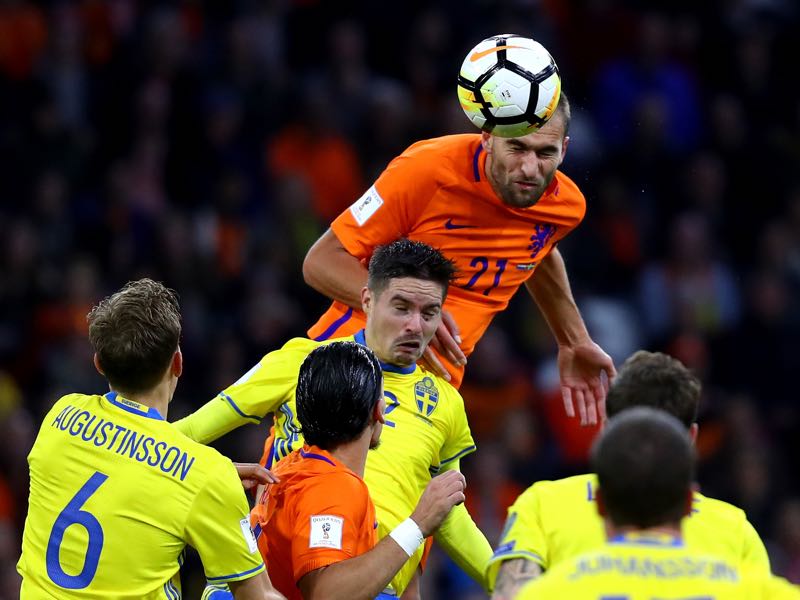 Bas Dost of Netherlands wins a header during the FIFA 2018 World Cup Qualifier between Netherlands and Sweden at the Amsterdam Arena on October 10, 2017 in Amsterdam, Netherlands. (Photo by Dean Mouhtaropoulos/Getty Images)

The big question for Eintracht Frankfurt fans, however, is whether Bas Dost can replace Sébastien Haller. Haller scored 20 goals and 12 assists in 39 games for Eintracht last season. Dost, in the meantime, scored 21 goals in 31 games for Sporting.

Overall Dost’s and Haller’s numbers are very comparable. There are certain aspects where the two are different, Haller, for example, attempts more one-v-one situations and averaged 2.63 dribbles per 90 minutes. Dost managed just 0.39 dribbles per 90 minutes, which is not only less than what Haller managed but also the lowest dribble rate among all current Eintracht Frankfurt forwards.

Bas Dost, is he a one for one replacement for Haller?

With those numbers in mind, Dost on a first glance is not just a suitable replacement for Haller but even an upgrade. It is, however, not that simple. Bas Dost is not only five years older than Haller but also struggled with injuries last season and saw his overall minutes declined by 1200 minutes.

The final question is, how will Bas Dost fit into Eintracht Frankfurt’s system? At Sporting last season the Dutch forward was mostly used as the main outlet in a 4-3-3 or 4-2-3-1 system.

Both target man and box striker Dost was given plenty of goalscoring opportunities in a less competitive league. Haller, however, was not Frankfurt’s central striker but was paired with Luka Jović up-front and was both target man but also a playmaker.

With Frankfurt also signing Dejan Joveljić, who is a very similar player to Jović, Dost might be expected to fulfill some of the same roles at the Eagles this season. But where Haller pitched in 9 assists over the last calendar year, Dost contributed just one assist.

Overall, Dost and Haller compare well when it comes to pure goalscoring. In that regard, the Dutchman is an excellent replacement to the French striker. But the age difference and Dost’s new role highlight some question marks on whether the Dutch striker can be a one for one replacement for Haller.