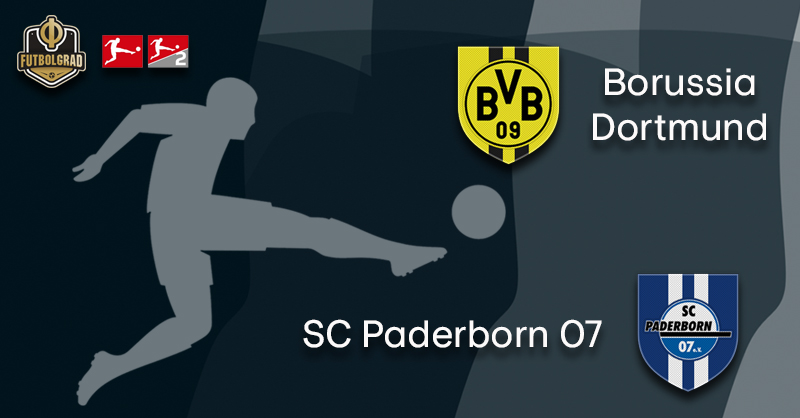 Against Paderborn, Borussia Dortmund want to bounce back from Bayern result

Overall it was a disappointing performance by Borussia Dortmund. Two weeks ago the Black and Yellows were sunk 4-0 by a resurgent Bayern Munich. The game came off the back of a convincing performance against Inter Milan and some verbal chest-thumping by the likes of defender Mats Hummels, midfielder Axel Witsel and sporting director Michael Zorc.

“The game in Munich was hard to digest, but we’re looking forward now, that’s the best solution, and we really want to win this next match,” Lucien Favre said on Thursday. The Borussia Dortmund head coach has been the center of criticism all season but Zorc was quick to criticize the players rather than the coach after the Bayern Munich result.

Furthermore, Zorc and the players were quick to point out that at the end of the day the game in Munich only represents three-points in the standings. That is only true on the surface. Fans would have likely been okay with a defeat in Munich but it was the matter in which Dortmund represented itself at the Allianz Arena.

Favre, for example, was forced to take off Jadon Sancho in the first half. The Englishman was played off the park by Canadian Alphonso Davies. The coach and the players are, therefore, under special observation in game one after Munich.

On paper, Dortmund have now an easy task in Paderborn. “We have to respect Paderborn,” Favre said on Thursday. The head coach is right, Dortmund shine in big games, with the exception of when they are played in Munich, but often fail to get the job done against easy opponents, as the Union Berlin game earlier this season highlighted.

The Black and Yellows, therefore, will have to buckle down and get the job done. Thankfully for Favre, Marco Reus, who missed the two Germany games, will be back in action. A question mark, is, however, behind Nico Schulz, who suffered a minor injury on Germany duty.

Paderborn, in the meantime, have found life in the Bundesliga difficult. Newly promoted Paderborn have managed just one win and four points overall in 11 Bundesliga games. After avoiding relegation to the Regionalliga just three years ago the quick successions of promotion might have come just a bit to fast for the Sport-Club.

“I am not someone to look in the past,” head coach Steffen Baumgart said about his club’s recent 1-0 defeat to Augsburg. It was a rare occasion this season in which Paderborn were in the match. That does not bode well for the game on Firday against Dortmund. “That stadium can create an energy that makes things very interesting,” Baumgart admitted. “We will try to counter it, perhaps that would make it interesting for us.”

Any optimism might be wishful thinking on Paderborn’s part. Dortmund, even with their recent problems, will be the favorites and should win this game handsomely.

Borussia Dortmund vs Paderborn  – Players to look out for:

Marco Reus failed to make the start against Bayern Munich two weeks ago. The attacking midfielder has struggled with fitness issues throughout the early stages of the season and took a much needed break during the international break. With five goals and one assist in 11 Bundesliga games, Reus has been somewhat behind expectations. Dortmund, however, need their captain at his best to meet their goals this season. 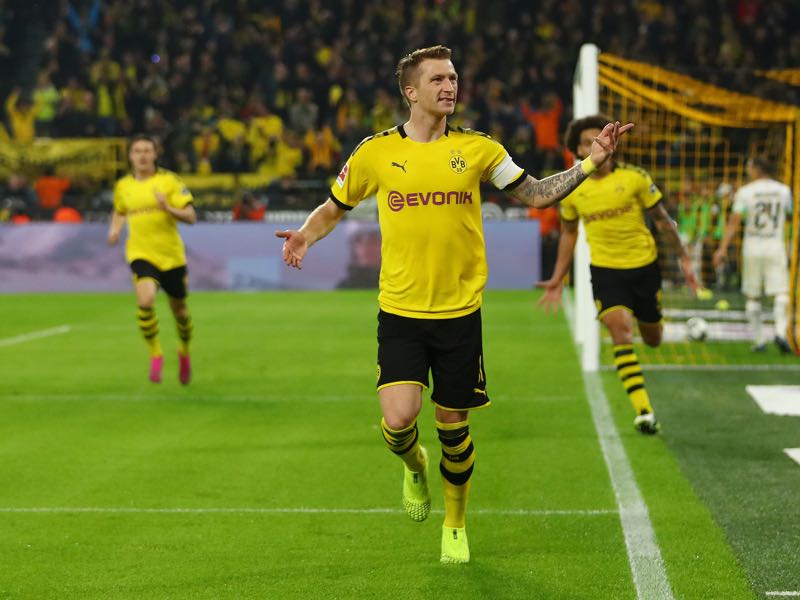 On loan from Borussia Dortmund, Luca Kilian has been one of the positive stories for Paderborn this early in the season. The U21 national team defender has made six starts in the Bundesliga and played three games under Stefan Kuntz in the German U21. Dortmund sent the defender on loan to Paderborn this summer in the hope that he will gain some much needed playing time. Thus far those expectations have been fulfilled. 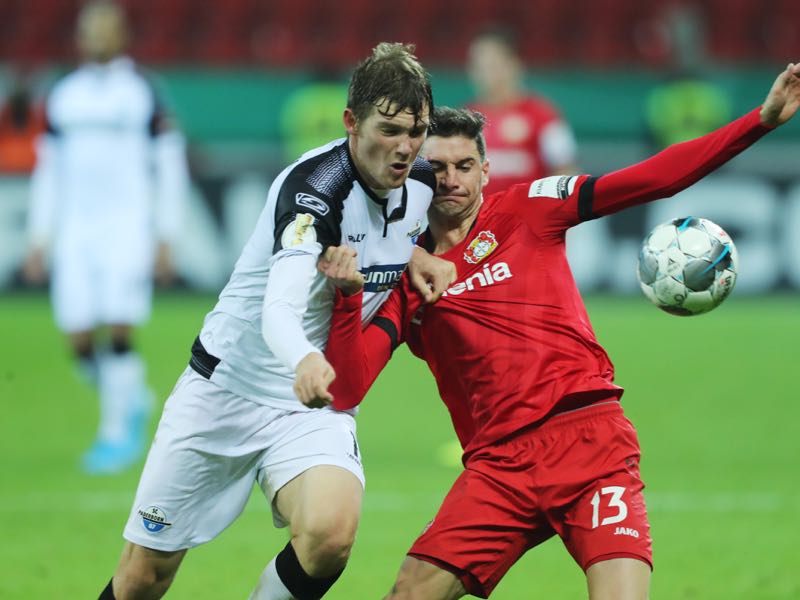 (L-R) Luca Kilian of Paderborn challenges Lucas Alario of Leverkusen during the DFB Cup second round match between Bayer Leverkusen and SC Paderborn 07 at BayArena on October 29, 2019 in Leverkusen, Germany. (Photo by Christof Koepsel/Bongarts/Getty Images)