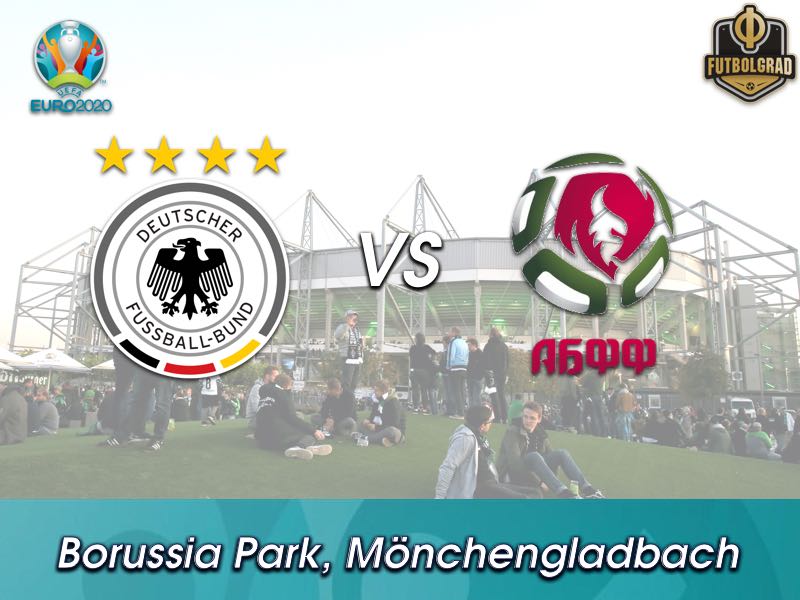 Without Reus and Havertz, Germany want to make final step against Belarus

Germany vs Belarus will take place at the Borussia-Park in Mönchengladbach. (Photo by Alex Grimm/Bongarts/Getty Images)

“We will win both games and qualify,” Bundestrainer Joachim Löw said on Tuesday to the German magazine kicker. Germany (overall transfer value €940 million) will face first Belarus (total transfer value €17.55 million) and then Northern Ireland in the last two Euro 2020 qualification matches. A win against Belarus on Saturday will be enough for Germany should they better Northern Ireland’s result against the Netherlands.

There will be a big gulf in talent when Germany meet Belarus this Saturday. The whole transfer value of the two sides is also reflected in the betting odds as the odds for Germany to win this match are 1.06, according to the Bet365 Football Predictions. In other words, Germany are the perfect team to utilize your bet365 betting bonus.

Die Mannschaft, however, congregated in Mönchengladbach without stars Kai Havertz and Marco Reus. Both attacking midfielders will miss the game on Saturday with injuries. Hertha defender Niklas Stark was considered doubtful after breaking his nose in the Bundesliga game against RB Leipzig on Saturday but should be able to play.

For Löw, the prerequisite in the last two Euro 2020 qualification matches will be more will-power in one-v-one situations. “We had some problems with duels in the last few games,” Löw pointed out. The 2-4 defeat to the Netherlands and the 3-0 victory over Estonia, in which Germany were poor for large parts of the game, are viewed critically by the Bundestrainer.

“We have to work on being physically more robust,” Löw said. Löw points at Bayern Munich’s 4-0 victory over Borussia Dortmund in Saturday’s Bundesliga Topspiel (a win that’s been predicted also by Bwin with odds of 3/1 to the hosts). Bayern had their backs to the wall but were determined to get a result against their rivals. “When it matters, Bayern can be counted on,” Löw said.

It is the sort of determination that has also defined German football for years. But a poor World Cup form and relegation from the UEFA Nations League—which has since been rectified by a structural change to the competition—has put a blemish on German football.

Löw has worked hard to eradicate that blemish in recent months. But his rebuild has been slow, and direct qualification to the European Championships can only be the first step. A first step that should be easily accomplished against a Belarus side that was quickly brushed aside in June. The White Wings have collected just four points in Group C but have already qualified for the playoffs after winning their UEFA Nations League D Group 2 in November, justifying bookies odds of 33/1.

Germany vs Belarus  – Players to look out for:

Stark has been nominated on four previous occasions but in his first two nominations was not brought on and then twice had to pass because of injuries. On Saturday, Stark finally wants to make his first start despite his broken nose. “I want to complete my dream and become a part of the team,” Stark said to the media. Stark’s will to play is good news for Löw. The Bundestrainer has been adamant in not recalling in-form Mats Hummels to the national team despite the injury to defender Niklas Süle. Stark’s availability will give the head coach some much-needed alternatives in Germany’s weakened backline. 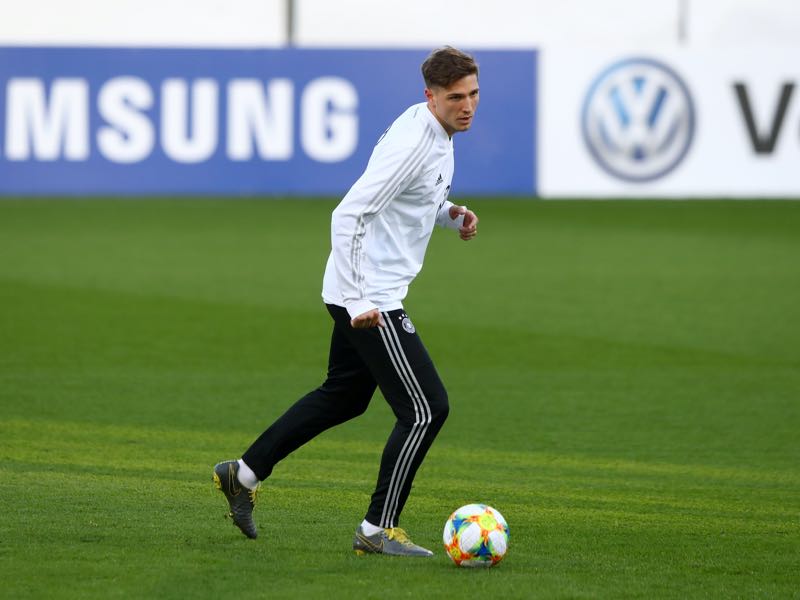 Niklas Stark of Germany in action during a Germany international training session ahead of their international friendly against Serbia at AOK Stadium on March 18, 2019 in Wolfsburg, Germany. (Photo by Martin Rose/Bongarts/Getty Images)

Denis Polyakov left BATE Borisov last January to join Russian side Ural. There on the border to Asia, the defender helped Ural avoid relegation and also helped guide the club to the Russian Cup final where Ural narrowly lost to Lokomotiv Moscow in Samara last season. This year Polyakov has made 13 appearances across all competitions for Ural, a solid defender he will be asked to guide Belarus’ backline on Saturday against Germany’s fast attacking players. 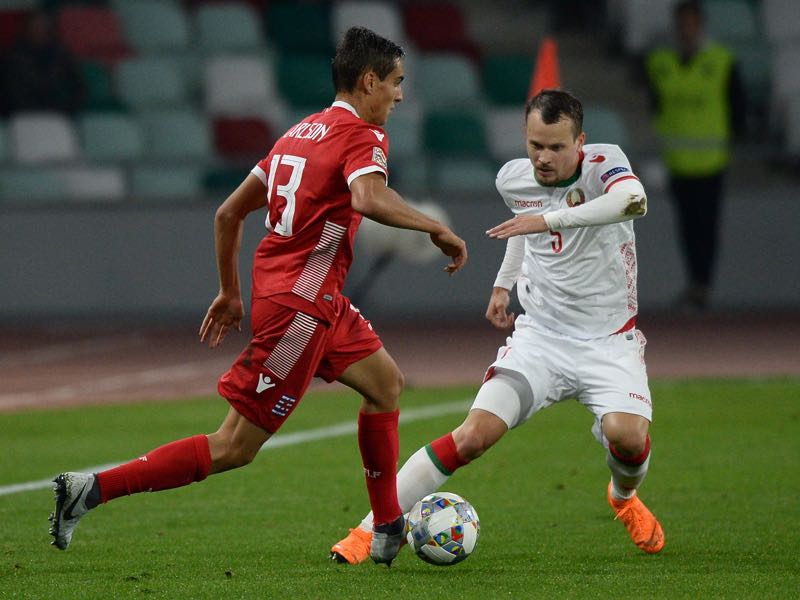