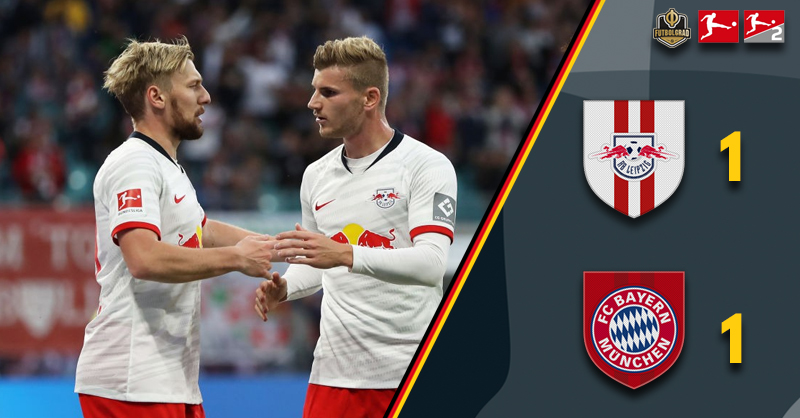 It did not take long for this game to get underway. In the 3rd minute, Robert Lewandowski beat the offside trap and easily beat Peter Gulacsi to score the opener. Bayern kept up the pressure, and Lewandowski could have doubled the lead in the 11th and 15th minute. Leipzig struggled early on, and it took Timo Werner until the 27th minute to finally register his first shot on goal.

Then in the 38th minute, Bayern thought they had a penalty. Lucas Hernández went down after hitting Marcel Sabitzer on a follow-through, the referee team decided to give a penalty initially but after the VAR review overturned the decision. Instead, Leipzig were awarded a penalty on the other side just before halftime after Yussuf Poulsen was brought down by Hernández. Emil Forsberg stepped up and buried the penalty.

At halftime, Leipzig head coach Julian Nagelsmann took off Lukas Klostermann for Diego Demme, as a result switching from a back three to a back four. It was a switch that helped Leipzig to control Bayern much better, and the Red Bulls also produced the better chances early on. Werner had the most significant chance in the 59th minute; his backheel shot just about missing the near post. One minute later Marcel Sabitzer hammered the ball from outside the box, the shot changed directions not once, but twice, forcing Manuel Neuer into a big save.

As a result, Bayern head coach Niko Kovač made two changes around the 60-minute mark, by bringing on Alphonso Davies and Corentin Tolisso and the two combined right away to produce the first chance of the game for Bayern in the 64th minute. It was now back and forward with chances on both sides until the 80th-minute mark. From that point onwards, it became a tense affair in which both sides tried to minimize the risk. In the end, it was Leipzig that made the final mistake, allowing Niklas Süle a free header in the box in the 90th minute but Peter Gulacsi came up with a big stop to rescue a point for the Red Bulls. 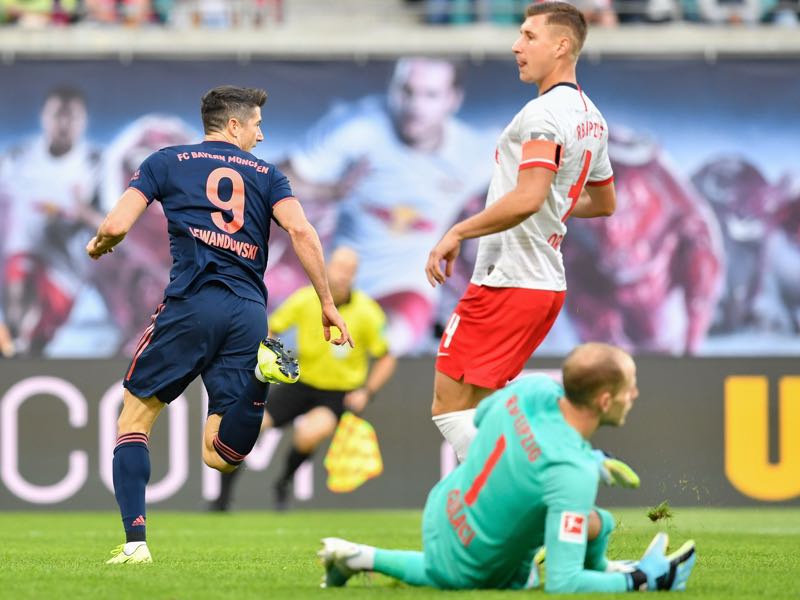 Robert Lewandowski continues to impress. The 31-year-old Polish striker opened the scoring early on with what was his seventh goal in just four Bundesliga games. But it was not just Lewandowski’s goal that made him stand out once again. The forward almost plays like a playmaker for Bayern at times, masking many of the tactical problems the Rekordmeister has in the attacking third.

The German national keeper’s resurgence continues. Neuer made two massive stops to keep his side in the game. The most difficult one coming from a howitzer unleashed by Sabitzer in the second half, the ball changed direction not once but several times but a fantastic reflex saved Bayern and on balance one point.

Neuer may have been the hero for Bayern. But the result could have also flipped the other direction. Gulacsi produced a fantastic reflex to keep out a Süle header just seconds before the final whistle.

It was a magnificent Topspiel at the Red Bull Arena that could have gone either way. Bayern were the more dominant team in the first 45 minutes and should have carried a lead into the second half.

The second interval was more even, but Bayern had the biggest chance to win it all at the last minute. Both teams will now be in action in the Champions League this week, Bayern will face Serbian Crvena zvezda and RB Leipzig Portuguese side Benfica.