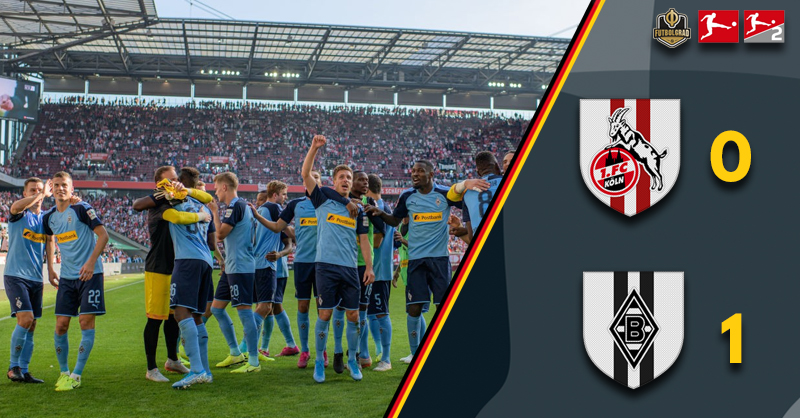 Gladbach take all three points in derby against Köln

The Rhineland Derby got off to a physical start with Christoph Kramer taking no prisoners and looking eager to pick up a booking. Köln created the first chance, a long ball finding Louis Schaub who teed up Anthony Modeste who saw his shot blocked. Köln right-back Kingsley Ehizibue had a poor start to the game with sloppy possessions putting the hosts under pressure. Denis Zakaria tried his luck from distance, his volley cannoning off the crossbar with Timo Horn beaten. Ehizibue’s difficulties continued and his poor touch in the 14th minute contributed to Borussia Mönchengladbach taking the lead. Alassane Pléa pounced on the loose ball, raced in on goal and beat a helpless Timo Horn from close range.

Ehizibue tried to redeem himself with a long run down the right wing, crossing to Jhon Cordoba who blazed over the bar. Gladbach’s front three were causing Köln’s defence all sorts of problems, Pléa’s cross setting up Marcus Thuram who shot wide. Köln’s only chances were coming from long balls over the top, when they tried to play on the ground the final ball was constantly lacking. Gladach right-back Stefan Lainer was enjoying plenty of space and instigated two chances for the Foals, Pléa and Nehaus seeing their shots deflected wide. Louis Schaub tried his luck from distance but Yann Sommer had an easy save to make. It was his only real involvement in the first half which summed up Köln’s lack of attacking threat.

The Billy Goats started the second half with intent as they attacked the Sudkurve end. Hector and Dominick Drexler combined with Drexler forcing a save from Sommer and Birger Verstraete saw his shot deflected wide. Hector’s cross found Modeste with his header forcing a save from Sommer as the game became stretched. Pléa broke free for Mönchengladbach and set up Thuram who shot over the bar, the French attacker then beating Sebastiaan Bornauw one-v-one before Embolo was next to shoot over.

Köln manager Achim Beierlorzer made his first substitutions in the 74th minute with Simon Terodde and Marcel Risse replacing Anthony Modeste and Louis Schaub. A mix up from Bornauw and Rafael Czichos allowed Pléa to shoot on target, but Ehizibue was well positioned to clear off the line. Marcus Thuram made way for Laszlo Benes as Gladbach tried to see the game out. It didn’t have the desired effect with Terodde heading Verstraete’s free kick at Sommer. Terodde was involved minutes later as he laid the ball off to Cordboa who tested Sommer with a low drive. Köln continued to press for an equaliser as a long ball fell to Terodde with Sommer making a smart save. It was a brave comeback from Beierlorzer’s side in the second half but they lacked luck and a cutting edge up front.  Borussia Mönchengladbach’s travelling support claimed bragging rights in an enjoyable match. 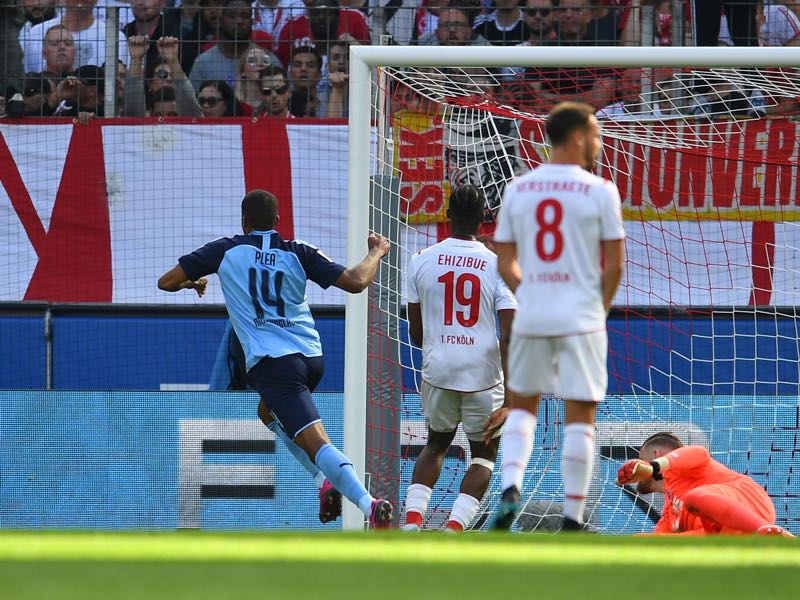 Alassane Pléa scored the winner and was a constant menace up front, running the channels to create opportunities for his teammates and always providing an outlet. The French attacker looks to be a big improver under Marco Rose.

Rattled the crossbar early and bossed the midfield with Christoph Kramer doing most of the dirty work. Are we going to see Zakaria go to the next level this season?

Caused the hosts all sorts of problems between the lines, driving at the Köln defence time and time again. Once he builds up a better understanding with Pléa and Thuram, I expect many more goals from the Foals.