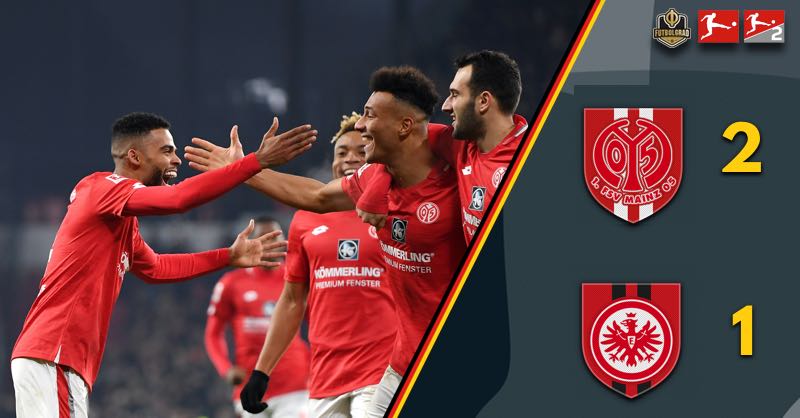 The Rhein-Main Derby got off to a heated start. Eintracht Frankfurt fans threw flares onto the pitch in protest against the Monday night kickoff. That meant kickoff was delayed by a few minutes. When things finally did get underway, the game developed into a feisty affair in which neither side managed to get much flow to the game. Finally, in the 33rd minute, Eintracht Frankfurt’s defender Martin Hinteregger broke the deadlock with the first shot on target by either side. Then just before halftime, Dominik Kohr was sent off for denying Levan Öztunali an obvious goalscoring opportunity.

Mainz made good use of the extra man on the pitch. In the 50th minute, Karim Onisiwo redirected a Jeremiah St. Juste shot past Frederik Rönnow to equalize for Mainz. Onisiwo then thought he had a second just moments later, but his goal was ruled out as the ball had crossed the line in the buildup. That goal might have been ruled off, but Adam Szalai would turn it around for Mainz in the 69th minute, the striker scoring from inside the box. The goal set off a frantic end of the game in which ultimately Mainz managed to hang on to the three points. 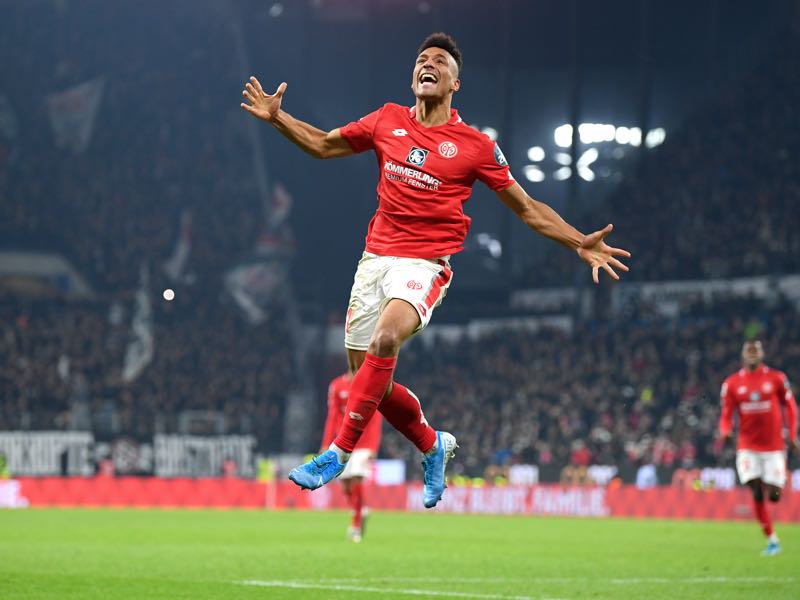 Karim Onisiwo was the man of the match. The Austrian scored the equalizer, had one goal ruled out, and assisted Szalai for the winner. With Mainz, a player up the striker was unplayable at times for Frankfurt’s defensive unite.

Levan Öztunali had a good game for Mainz. The winger drew Kohr’s red card when he broke away from Frankfurt’s defence just before halftime. Öztunali made three key passes, had 59 touches and played three of three long balls to the man.

Martin Hinteregger is quickly emerging as Eintracht Frankfurt’s most valuable player. The Austrian defender already had a fantastic performance midweek against Arsenal. Today he was on the scoresheet and completed 81.3% of his passes. Could not be faulted for Mainz turning the game around.

Three important points for Mainz. The Karnevalsverein are now four points clear from the relegation zone and jump into 12th place. Achim Beierlorzer won both his first games as the new head coach of the club.

Frankfurt, in the meantime, are back to reality after their big 2-1 victory over Arsenal on Thursday. Head coach Adi Hütter, however, might feel that without the justified red card his side might have walked away with all three points.