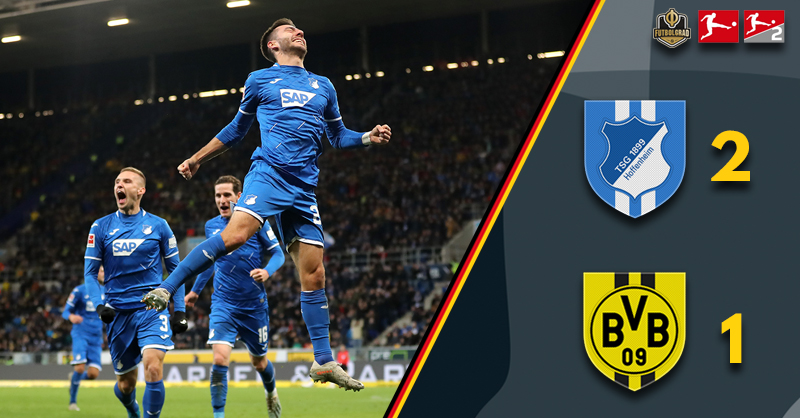 After the dramatic 3-3 draw against RB Leipzig, Dortmund wanted all three points against Hoffenheim. And the Black and Yellows quickly took control. In the 18th minute, Mario Götze scored with a tap-in goal after a great assist by Achraf Hakimi. Sebastian Rudy tried to clear the ball behind the line, but the ball had clearly crossed the line. Hoffenheim had chances, and Robert Skov hit the crossbar after a freekick in the 27th minute. On the other side, Thorgan Hazard tested Oliver Baumann with a shot from just inside the box. Aside from the goal, those two were the biggest opportunities in the first half.

Dortmund started the second half to static. The Black and Yellows lacked fluidity and directness. Dortmund had chances but never seemed but seemed almost lethargic in their attacking play. It was almost like Dortmund invited Hoffenheim to score the equalizer. And Hoffenheim did just that, Sergis Adamyan tapping the ball across the line in the 80th minute, after disarray in Dortmund’s backline. Dortmund were punished for a poor showing in the second half, and Andrej Kramarić made matters worse for the Black and Yellows when he scored a beautiful header from a short distance in the 88th minute. The goal was then reviewed in great length and ultimately given. 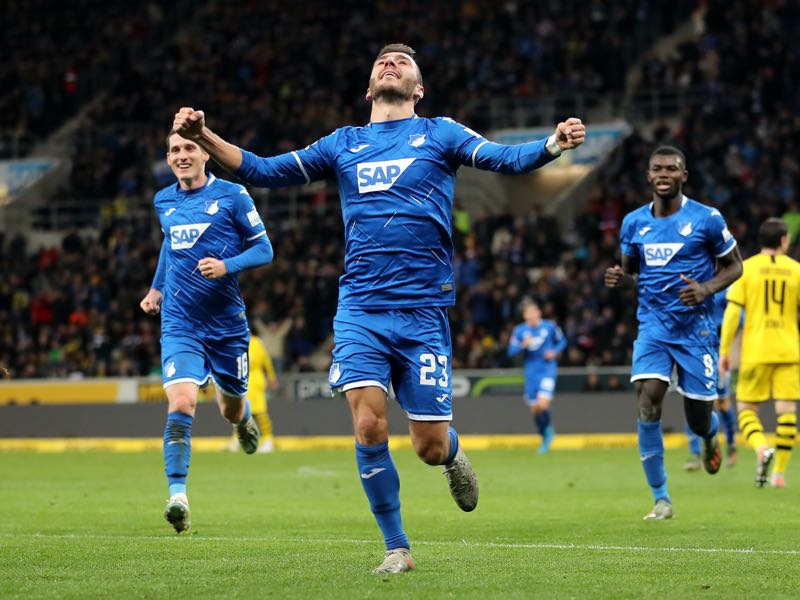 The Armenian came on in the second half and made the most of his time on the field. In the 80th minute, Sargis Adamyan scored the equalizer for die Kraichgauer, punishing Dortmund’s lethargic presence on the field.

Mario Götze was in the news all week in conjunction with a potential transfer to Hertha Berlin. for the injured Marco Reus in the central position between Thorgan Hazard and Jadon Sancho. Should have scored early on. But he missed his first opportunity. Then a few minutes later Götze did score, in typical number 9 fashion.

Hoffenheim have collected 27 points this season already. More than under Julian Nagelsmann at this point last season. On balance it has been a fantastic half-season for Hoffenheim considering the rebuild the side has undergone during the summer.

For Dortmund, it is the third defeat this season. The Black and Yellows were previously defeated by Union Berlin and Bayern Munich. But the Black and Yellows only had themselves to blame, Borussia were in control after the first half but gave the game out of the hand in the second half.