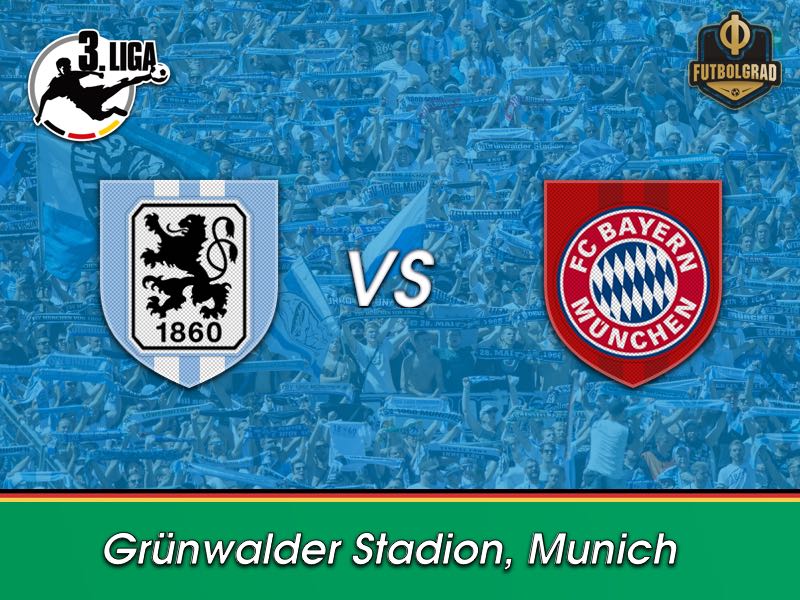 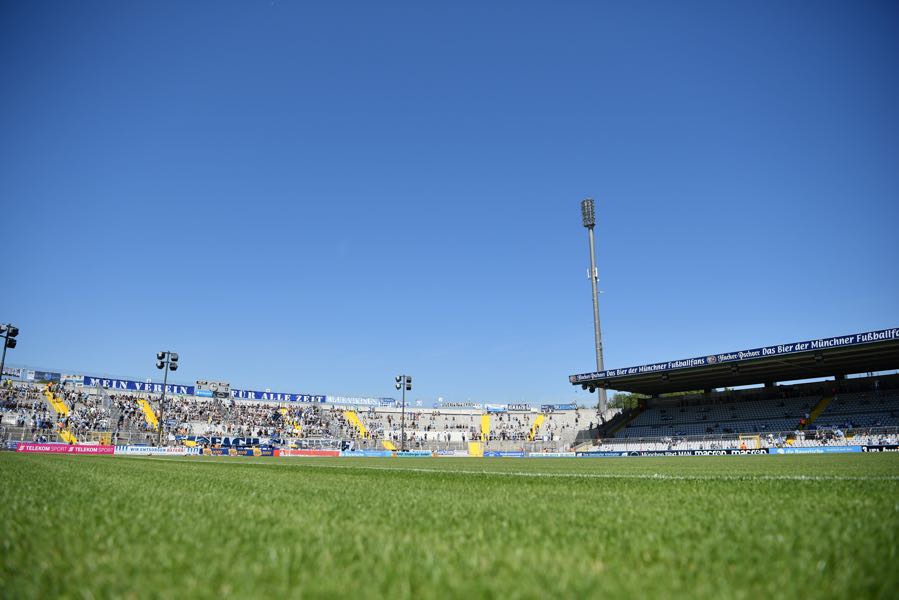 For the first time in Liga 3 history, 1860 Munich will face Bayern Munich’s reserve side Bayern II. The two teams already faced each other during 1860 Munich’s season in the fourth division, both times Bayern’s Amateurs won the game. For 1860 Munich, it will, therefore, be both a reminder of how deep the Lions have sunk but also an opportunity to make up for the two defeats last season.

The Lions were recently once again in disarray after head coach Daniel Bierofka left the club. Bierofka found himself in a scenario in which he was used both by the investor Hasan Ismaik but also by the elected officials of the club as a political football for their interests. Frustrated Bierofka quit after 1860 Munich’s 4-2 victory over Fortuna Köln. One week later, interims coach Oliver Beer guided the side to a 1-0 victory over high-flying Halle—the players holding up a shirt that said thank you Daniel Bierofka after Stefan Lex’s game-winning goal.

Just a few days later, 1860 Munich introduced former Nürnberg head coach Michael Köllner. Köllner is considered a player developer, a fact that was pointed out by sporting director Günther Gorenzel right after the deal was made perfect. Some understood Gorenzel’s statement as a hint towards Bierofka, who was internally criticized for not having gotten enough out of the squad. At the same time, there is truth to Gorenzel’s statement, not always seen positive within the football community, Köllner had managed promotion with a very limited Nürnberg side 18 months ago.

For Köllner, the first few days were a crash-course in what the club means for the city of Munich. “The first few days were intense,” Köllner admitted. “Just like I expected.” Köllner was spontaneous in his decision to take the job at 1860, partly because he found an intact team. “The result against Halle underlines this,” Köllner pointed out.

But what can be achieved with this 1860 side? Bottom-line is that derbies against Bayern Munich’s reserve side remain an affront for large parts of the fan community. The club sees itself as a sleeping giant, and Köllner believes that medium-term 1860 needs to return to Bundesliga 2 or higher. “One has to be realistic but optimistic at the same time,” Köllner said. “It can’t be our goals to always finish around 14th place. That is the wrong way to go about it.”

The reality, for now, is Liga 3, and even though the opponent on Saturday is just Bayern II, there is a sense that this will be a true derby. “We expect more hate then in other games,” Bayern II defender Nicolas Feldhahn said this week. “I have heard of nothing else for weeks,” Feldhahn added, admitting that his circle of friends includes both 1860 and Bayern Munich fans.  Key for Feldhahn will be to not get nervous in the match, 1860 will be the nominal home team on Sunday, and with the Lions at home, the Grünwalder turns into one of the most energetic stadiums in Germany.

Feldhahn expects a derby win and Bayern II, with their overall transfer value of €43.88 million (that includes players like Fiete Arp and Alphonso Davies) will certainly the favorites against 1860 (overall transfer value €5.6 million). For 1860 this means that they have nothing much to lose in what could be a special night in Giesing.

With Daniel Bierofka gone, Sascha Mölders remains the last true fan favorite at the club. The 34-year-old is also the club’s top scorer with five goals this season—remarkable given his age and fitness. Like no other player, Mölders understands how to handle an emotional affair like the one on Sunday. 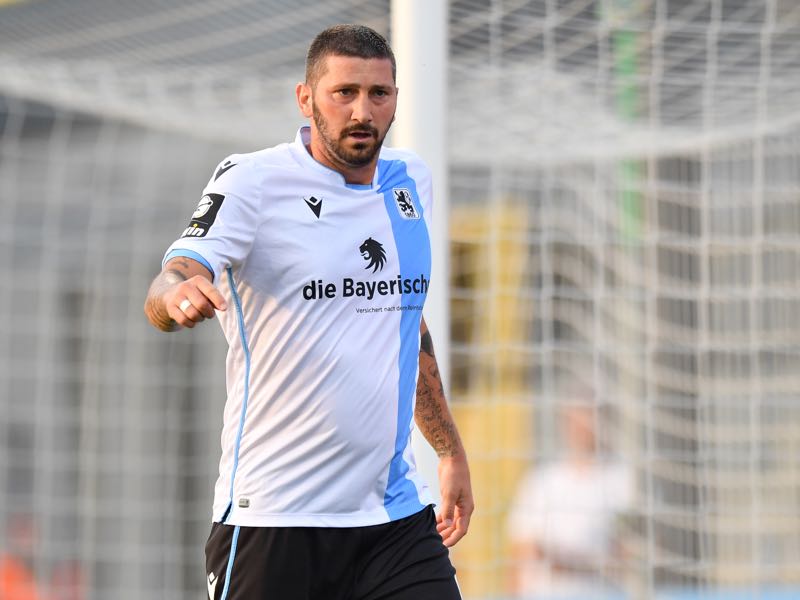 Sascha Mölders of TSV 1860 München looks on during the 3. Liga match between TSV 1860 Muenchen and Preussen Muenster at Stadion an der Gruenwalder Straße on July 19, 2019 in Munich, Germany. (Photo by Sebastian Widmann/Getty Images for DFB)

Bayern Munich II are filled with talent. Whether it is USMNT defender Chris Richards, French midfielder Michaël Cuisance, Dutch striker Joshua Zirkzee, or keeper Christian Früchtl. Bayern’s key player on Sunday, however, will be New Zealand international Sarpeet Singh. A typical number 10 the 20-year-old highlighted his goalscoring abilities on Bayern’s win over Magdeburg on matchday 15 when he scored both goals in his side’s 2-1 win. 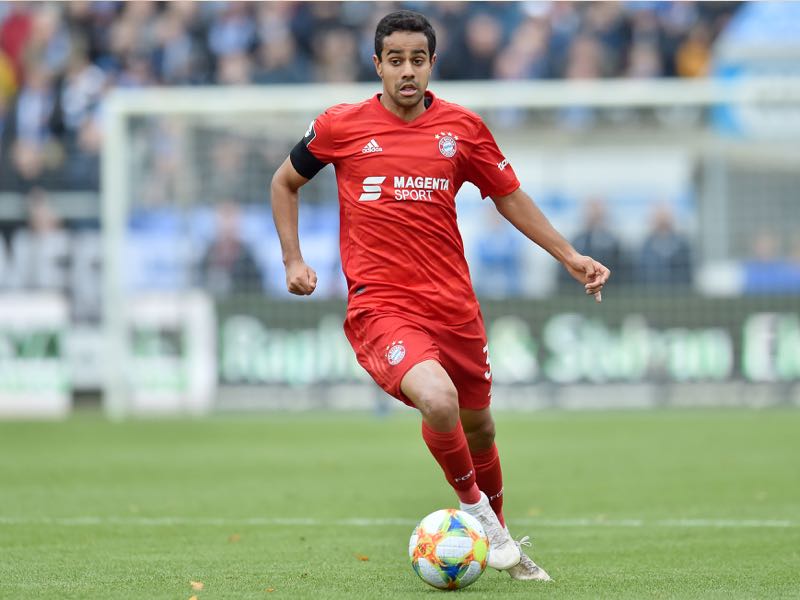 Sarpreet Singh (Muenchen) runs with the ball during the 3. Liga match between SV Meppen and Bayern Muenchen II at Haensch-Arena on November 3, 2019 in Meppen, Germany. (Photo by Michael Titgemeyer/Getty Images for DFB)